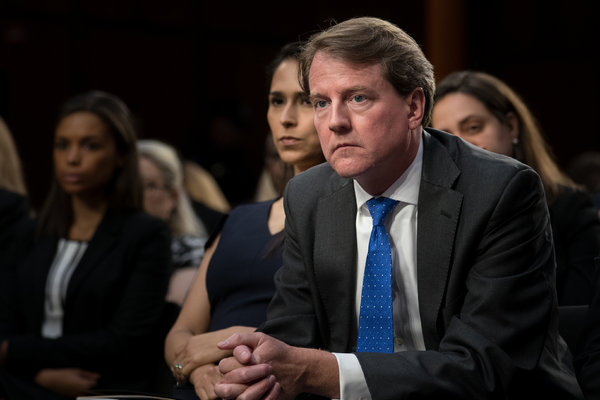 written by Dave Webster April 24, 2019
Democrat House Judiciary Committee Chairman Jerrold Nadler on Monday April 22, 2019 subpoenaed former White House Counsel Donald FrancisÂ McGahnÂ IIÂ seeking to elicitÂ testimonyÂ regarding the brief mention in Robert Mueller’s report thatÂ McGahn refused President Trump’s request to curb or cut off the Russia investigation.
The White House has indicated it will oppose enforcement of the subpoena.
So what happens if the White House refuses toÂ produce McGahn or he himselfÂ decides to disobey the subpoena and refuses to appear?Â  Nothing.
The fact is Congressional subpoenas are, almost, completely toothless. Former Attorney General Eric Holder was held in contempt of Congress for failing to provide documents relating to the Fast and Furious Operation and was subject to no recriminations. Why? Because both he and President Obama knew that if someone defies a Congressional subpoena nothing can be done about it by Congress. Congress has no jail. The only way anyone is going to jail is if the U.S. Attorney for the District of Columbia decides to prosecute. The US Attorney for DC declined to prosecute in the Holder case and would most probably decline to do so in this case.
In fact, no one has been involuntarily confined for contempt of Congress since 1934 when President Hooverâ€™s Assistant Secretary of Commerce for Aeronautics, William P. MacCracken, Jr., was â€śjailedâ€ť at the Willard Hotel in Washington, D.C. because the Senate Sargeant at Arms Chesley W.Â Jurney didn’t know where else to put him. Actually, MacCracken originally showed up at Jurney’s home and said, essentially, “Where do I go?”Â Â MacCracken spent the night at Jurney’s home whoÂ told him to go to the Willard Hotel the next day.Â MacCracken was quickly released because Congress didn’t want to pay for his hotel bills.
The Supreme Court did in fact rule that Congress has the power to hold someone in contempt for failing to comply with a subpoena but didn’t rule on the mechanics of carrying out such a contempt holding by Congress.Â Â Jurney v. MacCracken, 294 U.S. 125 (1935).
McGhan Subpoena Unenforceable was last modified: April 24th, 2019 by Dave Webster

Reply
Will Democrats Hold Mueller In Contempt of Congress? No, Of Course Not – The Bull Elephant July 21, 2019 at 6:06 pm