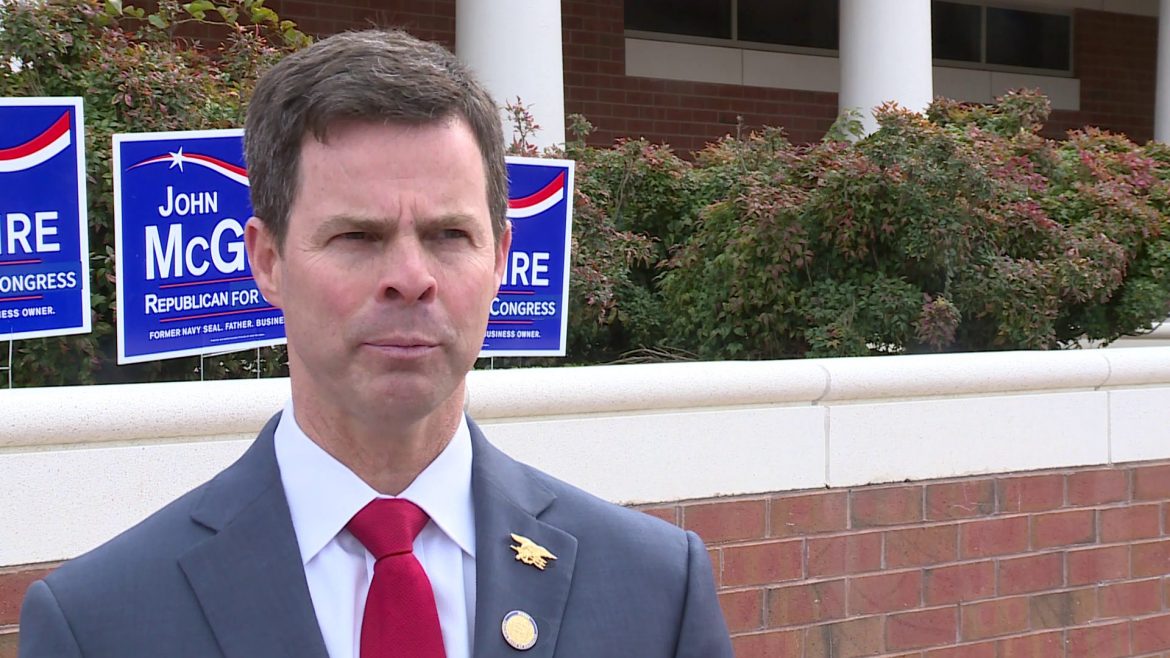 Why did a staffer for congressional candidate John McGuire try to book the venue that the 7th Congressional District Committee is planning on having their convention at?

That’s the question on the minds of delegates and several members of the Arrangements Committee of the 7th District Republican Committee.

The 7th Congressional District Republican Committee voted on May 14th to select the Meadow Event Park on July 18th as their new date for the convention.

Yet sometime after that date became known by the various campaigns running in the 7th District, a member linked to John McGuire’s campaign was caught red-handed trying to book the venue for the same day.

It was revealed on Sunday’s conference call of the 7th District’s Arrangement Committee, which has been working to set up the venue for the upcoming Republican Convention, that an individual named “Patrick Trueman” attempted to book the venue on July 18th, the same day as the scheduled convention.

Trueman’s offer to completely book the venue on the 18th, without disclosing what the purpose was or why he was uninterested in re-scheduling his offer to any other dates in July, prompted suspicion by the venue’s operators.

Upon further investigation of John McGuire’s most recent FEC filings, Patrick Trueman appears to be a paid employee of the John McGuire campaign.

The 7th District Republican Committee was originally set to hold its congressional convention back in April, but the COVID-19 pandemic, coupled with a statewide shutdown, prevented it from going through.

But with the lockdowns beginning to lift across the Commonwealth, the Republican Committee recently voted to reschedule their congressional convention for July 18th, at Meadow Event Park in Doswell, VA.

Yet with just over a month to go until the newly re-scheduled convention is set to take place, this blatant attempt to block their own convention from taking place from the McGuire campaign could have thrown the process into chaos.

McGuire is one of six candidates — along with Tina Ramirez, Delegate Nick Freitas, Andrew Knaggs, Jason Roberge, and Peter Greenwald — seeking the party’s nomination to take on Democrat incumbent Abigail Spanberger in the November general election.

The 7th District is expected to be one of the most competitive races in the country this year.

The fact that McGuire’s campaign attempted to subvert their own party’s convention from taking place, suggests that the campaign’s earlier statements about being well ahead in the delegate filing count are false.

I’ve never seen a candidate who believes he or she is going to win, try to block their own party’s nomination contest from taking place,” said one Republican Delegate when asked about the revelation that McGuire’s campaign attempted to swipe out the convention venue from underneath the Republican Party, “Frankly, the McGuire campaign should be ashamed of themselves for being caught in an act of political corruption as big as this.”