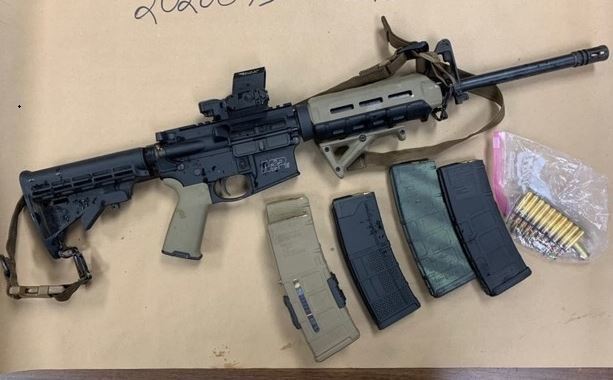 Meanwhile, In the Capital of the Confederacy (of Dunces)…

Coincidence or not? You decide.

First this: After weeks of a hands-off policy, Richmond police moved July 30 to enforce state laws and city ordinances in what had been a law enforcement-free zone around Lee Circle. An amorphous band of left-wing activists and radicals had seized the circle, where the graffiti-defaced statue of Robert E. Lee still stands, and ran it as a leaderless collective. They set up tents, took electrical power, engaged in commerce without permits, displayed videos on the monument base, and played loud music.

Then this: The following day, July 31, Chief Smith assigned police to a security detail for Mayor Levar Stoney, citing “serious, credible, and ongoing threats to Mayor Stoney.” No details of the threats were provided. Stoney spokesman Jim Nolan said that the mayor had traveled to hundreds of public and private events in the past without police protection. However, “recent events have made it clear that we are now in different times.”

The groups frequenting Lee Circle, renamed by activists as Marcus-David Peters circle in memorial to a mentally deranged man shot and killed by police last year, had become increasingly unruly.

Until recently, the city administration had dealt with the lawless zone around the Lee statue by forming a task to work on “issues” created by the occupation of the circle. The task force included representatives from public works, public utilities, health, the police, the fire department, and other city agencies. “In addition,” stated Smith, “other nonprofit agencies were recruited to provide additional resources. They have been meeting with those present in a holistic approach to provide services to those in need. Previously, individuals were given the opportunity to correct the illegal actions.”

Despite the city’s ministrations, lawlessness and disorder spread. Neighbors complained of people defecating in their front yards, spray-painting graffiti on their houses, riding up and down streets and alleyways late at night shooting guns and lighting firecrackers, and in several instances, of assaulting residents. Residents complained that police refused to respond to calls for service.

In mid-July, two individuals were assaulted and robbed following an argument near the Lee Monument around 10:20 p.m. Police said multiple suspects were involved, at least two of whom brandished firearms. Yesterday, police said they received reports of random gunfire a block from the Lee Monument; a caller said that a glass door of their home had been shattered. Searching the area, police found a rifle and four magazines, along with an image of an SUV with what appeared to be bullet holes in the rear.

“Gunfire and violent behavior is not peaceful, nonviolent protest,” said Smith in a news release. “It is criminal, unacceptable and will not be tolerated in our city. The City of Richmond will take all necessary steps to protect residents and visitors and preserve peace and public safety in our communities.”

Bacon’s bottom line: It appears that Mayor Stoney is pivoting back toward law and order. Perhaps the violent demonstration in front of the RPD headquarters last week shook him up. Perhaps the predominantly black Black Lives Matter movement has splintered from the predominantly white Antifa/anarchist movement, giving Stoney, who is African-American, some running room to crack down on white anarchists without alienating his African-American allies. It’s hard to know what Stoney’s motives are because he has not been forthcoming with an explanation. This is pure conjecture, but it appears likely that the threats against Stoney emanated from militants angered by his change of face.

Meanwhile, In the Capital of the Confederacy (of Dunces)… was last modified: August 2nd, 2020 by Guest Contributor James Bacon