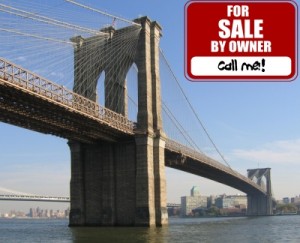 Note: There are folks who would prefer we don’t have this discussion, and who will try to confuse the issue or deflect attention to the messenger instead of the message, etc. Whatever. What I’ve written can stand on its merits, and if you see it attacked on some other basis, draw your conclusions accordingly.

A lot of well-funded interests want you to be misinformed about what constitutes an expansion of Medicaid under Obamacare. Here’s what to look for in any so-called alternative plan.

There are a few different approaches to expanding Medicaid that are being given serious consideration in Richmond. Although there are other reforms that are being talked about in lieu of Medicaid expansion, these are not really being given serious consideration by anyone in the General Assembly in the budget showdown, as they don’t scratch the $7 billion itch that’s driving Democrats and the hospital chains absolutely bananas. Don’t allow yourself to be confused on which is which, and don’t think that just because someone says it’s a “private option” or a “free market alternative” that it actually is. See Justin Higgins for a good dissection of this kind of dissembling involving the Chamber of Commerce and the hospital industry’s attempt to cloak the Senate’s Medicaid plan in free market garb.  Last time I checked, free markets don’t rely on the forcible redistribution of other people’s money.

There is still a good chance that the discussion of alternative plans becomes moot.  The House GOP under Speaker Bill Howell continue to signal strengthening resolve in opposing Medicaid expansion, so we may find ourselves in a really long stalemate (i.e., none of the rumored deals gets done).  If that happens, keep an eye on the Governor, who just may be desperate enough to go around the legislature and implement Medicaid expansion on his own.  In that case, it all ends up in court. (See the bottom half of this post for more detail).

In the meantime, here’s what you need to know to spot an expansion plan masquerading as something more palatable:

All that said, it is very much a true statement that some of the alternative proposals beat the pants off the traditional Medicaid model in terms of delivering better quality product at a lower cost to taxpayers.  Without  a doubt, injecting some “free market-style” reforms can save money and improve quality.  So, if you’re interested in a less costly expansion of Medicaid under Obamacare, some of the alternative proposals are for you.  Ultimately, though, Speaker Bill Howell hits the nail on the head for the rest of us:

On Medicaid expansion… There is no such thing as a bigger government program that costs less, works better and creates jobs. #Bridge4Sale

For that, we need to look to true free market proposals that do not drive up federal spending for generations; that do help encourage availability of coverage for those that need it; that drive down overall costs; that encourage competition among insurers and providers; and that reward individual thrift, hard work, and personal responsibility. Health Savings Accounts, tort reform to lower liability insurance premiums for healthcare providers, allowing for the sale of insurance across state lines, tying healthcare spending to individual price-motivated consumer choices—all of these kinds of things and more should be a part of an overall healthcare solution.

But the starting point for these reforms is the repeal of Obamacare, not the entrenchment of it via the expansion of Medicaid.

Do not be swayed by hashtags and hoopla. Stand for real free market principles.

Do not be confused by obfuscation or distracted by lots of excited, well-paid arm waving. Stand for transparency and accountability.

Do not be worn down or tired out by the monied interests seeking their slice of the federal pie. Stand with the Speaker and the House Republicans and oppose Medicaid expansion.

And stand with Republicans in Washington and Richmond who will repeal Obamacare, not make it permanent for future generations.

[…] expansion has been a very hot topic in Virginia politics for the last year. Currently, the General Assembly is in the middle of one of those never-ending […]

“Stand with the Speaker and…oppose Medicaid Expansion.” The Speaker is the one who made the deal last year with Democrats last year to expand Medicaid and they budgeted for it accordingly. Why are you giving him a pass?

No free passes. I’ve called that out before, multiple times. BUT, we are here now, and the best thing we can do is hold the line against alternative proposals masquerading as something other than Medicaid. The Speaker and the rest of the House GOP are doing that so far. Would you rather we tell them not to stand against Medicaid expansion?

The best thing we can do now is to raise political expectations of the Republicans to stand firm, and then raise the political costs to the Governor to keep him from acting unilaterally. If Medicaid expansion happens on the basis of last year’s budget (i.e., before July 1 this year), then trust me…I’ll be shouting about it from the rooftops.

[…] Medicaid expansion under Obamacare and which don’t (and they pretty much all do), I’d point you to this post by Steve Albertson. Let’s not kid ourselves about […]

Leave a Reply to Monopoly Medicaid - you owe me property taxes! - The Bull Elephant Cancel Reply