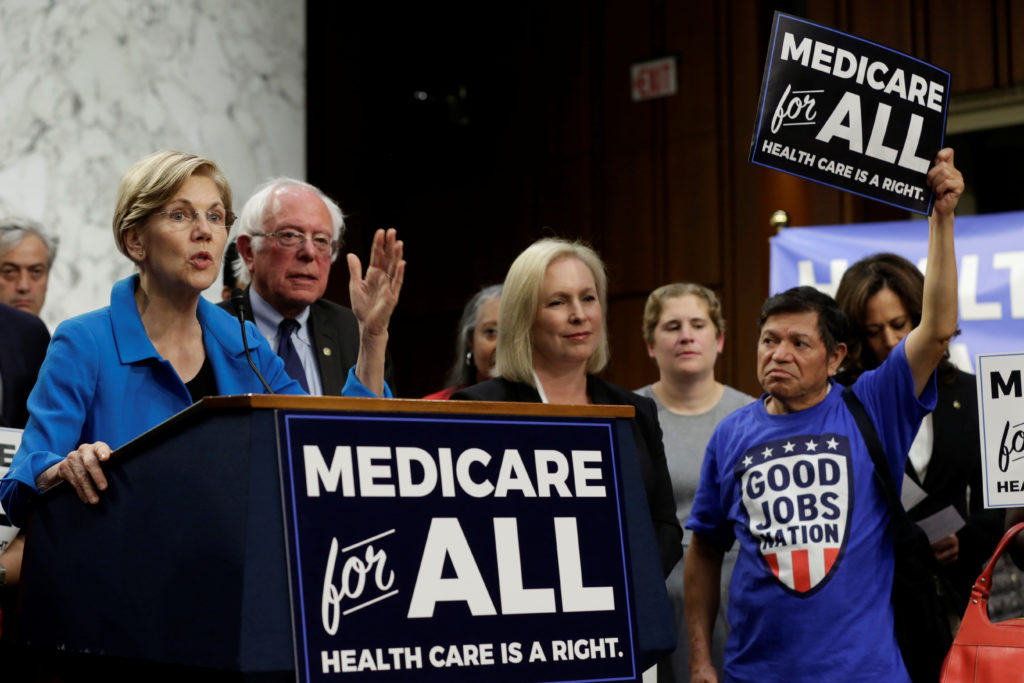 Medicare for All – My Own Experience

As we approach another election cycle, many Democratic candidates advocate “Medicare for All” (e.g. universal Healthcare), sometimes stated as “Free Healthcare for All.”  As an active duty member of the United States military, I participated in – or, rather, was subjected to – “free government healthcare” for over thirty years, and I would like to share some of my observations with your readers.

I believe that in the most prosperous nation on Earth, our goal should for the private sector to provide quality affordable healthcare to all, under sensible and practical governmental regulation.  Many believe that cradle-to-grave healthcare is a “right” guaranteed by the Bill Of Rights or the U.S. Constitution.  For Progressives and others to say that unlimited healthcare is a legally-established right for every American is a gross misunderstanding of the Founding Fathers’ concepts of rights.  Healthcare – like schooling, housing and gainful employment – are certainly NEEDS, but do not rise to the level of constitutional RIGHTS. (Neither do certain proposed reproductive “rights” but that is a subject for another day).

While I was on active military duty, healthcare for both me and my family was indeed “free of charge,” but often required waiting for months before an outpatient appointment came available.  The quality of care varied wildly, from excellence to gross negligence, but mostly fell in-between. Inpatient care (once you could get in the system) was usually better than outpatient care, because as an outpatient you almost never saw the same doctors twice in a row, which produced a system in which doctors treating patients with chronic or recurring problems had to start from scratch with each follow-up visit.   My personal experience was that the providers’/doctors’ expertise varied greatly from visit to visit.

My first wife’s outpatient experience with “Medicare for All,” casts a harsh light upon the dangers and unintended consequences of universal healthcare.

To begin with, once “free” care is provided by the government, approved access to other – private, and paid – providers will be tightly restricted, and healthy competition will be sharply curtailed. As a military spouse, my wife endured multiple sacrifices (over twenty moves and numerous family separations 6-9  months), and it required great courage and persistence to raise a family, mentor many younger wives and help them cope with the challenges of being a military spouse.

During one deployment, she experienced chest pain and was seen by a seemingly random series of outpatient physicians and medical personnel – never seeing the same healthcare professional twice.  Each clinic visit included a chest x-ray and ended with the same diagnosis: “There’s nothing wrong with you, take an aspirin and rest.”

After going through this drill for over a year, her pain level was such that she literally could not move. One night, Emergency Room personnel admitted her as an inpatient.  Yet another chest x-ray confirmed stage-4 cancer that had metastasized throughout her body. After many months of outright medical indifference and neglect, she was now given less than a year to live.

Her attending physician noted that her previous x-rays had, in fact, shown a tumor was present, but that the government-employed healthcare “professionals” who examined her during numerous “free” outpatient visits had simply “overlooked” every opportunity there had been to save or prolong her life. Tragically, this was the price she had to pay under what is now termed “Medicare For All.”

I submit these experiences not for sympathy, but as a warning that a government-run universal health care system, by its very nature, will sever the lifeline that medical professionals call “continuum of care.”  A lack of competition among healthcare providers, and patients’ inability to choose their providers/doctors, are only part of the true cost of “free” government healthcare. And in fact, Universal Healthcare systems in other nations around the globe are NOT actually free of charge.  In these countries, the basic plans cover prescription drugs, dental and vision, but access to hospital care typically requires payment of a “premium tax” on a sliding scale.

Everyone knows that healthcare reform is needed to reduce costs and improve care. But I urge Virginians to consider the consequences of rushing to adopt this election year’s hot political fad by simply throwing out the many viable healthcare options currently in place, including Medicare, Tricare, Veterans Administration, Medicaid, the Affordable Care Act and private insurance.

Let’s not throw the proverbial baby out with the bathwater.

Medicare for All – My Own Experience was last modified: May 20th, 2019 by Guest Contributor James Poplar