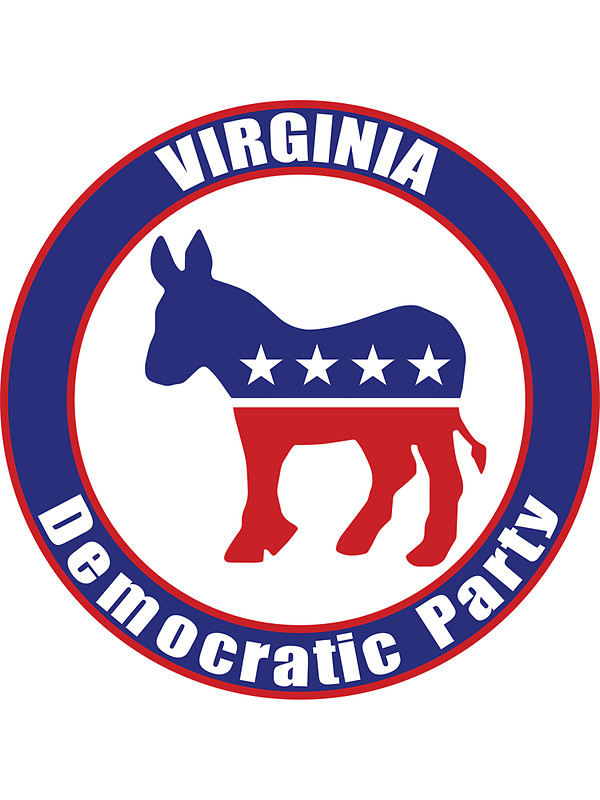 The Richmond Times-Dispatch is reporting a large jump in the number of members in Democratic committees across the state, except for Richmond. This surge began after Trump was elected.  Democrats are VERY motivated this year.

The  Prince William County Democrat committee had 130 members in October, they now have 300, with 150 to 175 attending monthly meetings.  In Fairfax County, the numbers are even more striking.  Their membership in the Democratic committee jumped from 800 to 1,300.   In Virginia Beach, their Democrats membership went from 60 or 70 to 160 with 40 more pending.  In Henrico, their committee has grown from 108 to 250 with 40 applications pending. Richmond Democrats seem to be the only committee with no growth.

This year Republicans have a great ticket, Ed Gillespie for Governor, Jill Vogel for Lt. Governor and John Adams for Attorney General.  Electing these three will change Virginia, reduce our taxes and increase our liberties. All three of these candidates are working very hard, constantly crisscrossing the state.  But it’s going to be an uphill battle because of Trump’s election.  As Republicans, we need to join our local committees and work hard to elect our wonderful Republican ticket.  Our candidates are doing their part, we need to do our part.  We must win this year and beat Tim Kaine next year.

“. . . All three of these (GOP) candidates are working very hard, constantly crisscrossing the state. But it’s going to be an uphill battle because of Trump’s election.”
What the hell!? A Republican site is faulting Trump for hurting GOP chances in Virginia – a Republican President is hurting chances??
Maybe it’s the NeverTrump RINOs like Barbara Comstock who are spending more effort fighting Trump than the democrats. Maybe it’s Gillespie who would not support Trump’s attempt to stop voter fraud by not saying a word when McAuliffe refused to give voter data over to the Presidential Commission that is making his campaign harder.

As egregious and arrogant as the Congressional Republicans
lack of backbone- stupidity – is, they still do not come close to the damnable
lies and contortions that the united Democrat Party used to throw the American
health care system into total chaos in 2010, and to literally ruin millions of Americans’
finances, not to mention choices. “You will save $2500 a year.” “You can keep your healthcare.” “You can keep your doctor.”

All total lies repeated over and over and no one is held to account, especially the radical transformer, Barack Obama. Sadly, the worst is yet to come. What the Democrats did to working Americans is as unconscionable as it was devious. It is a message every responsible Republican leader – are there any out there? – needs to be hammering home. Electing radicals has consequences.

How dare you use an “s” followed by an apostrophe (Americans’) correctly, this is the Internet!

I disagree with your assertion that the spineless Republicans don’t come close to the Democrats’ lies. Republicans are complicit in Democrat actions by not repealing this abomination that is the ACA.

Welcome to the Uniparty Mr. Giere…

Yep, the Republicans are now just as culpable for Obamacare as the Democrats.

And now we’re expected to join the local party and help support this group of cowards and half-wits? Fat chance.

To those of us who know better and who are not from West Virginia, this constant debate about which party is worse and who is the biggest liar got old a long time ago.

You need help, Mike. At least now a days you can complete a paragraph without praising Trump.

To sum it all up, both party’s equally suck. Neither can totally lay claim to what they have both created via people like you. You just want to argue whether your earthquake or the Democrats earthquake caused the most damage.

And, you fail to mention how many times Trump lied about repeal and replace Obamacare, or, the wonderful, fantastic, affordable healthcare for all. Or, Mexico is going to pay for that Wall.

Sure Democrats are angrier, and more will become party activists. Will this help them? Not a chance. Most Democrats are still thinking they should have nominated their best socialist as their candidate for President, rather than their most prominent crook. So now their strongest elected Representatives are Maxine Waters, and Nancy Pelosi and Chuck Schumer. Voters aren’t looking at San Francisco, Los Angeles, Chicago, and New York as examples of what they want in their own home towns. Voters in most states don’t want to pursue that path of self destruction. Democrats have been running on hate and resentment for so long, that their leaders are stuck with their angry voters, and their voters are stuck with angry leaders. They have a very long road back from the suicidal policies that have put them in their current position.

To an a Independent like myself, it is incredibly stupid that Republicans think people are just going to forget about one of the biggest lies in the history of US politics. That being their 7 year promise/lie to repeal, or repeal and replace, Obamacare. Republicans are dreaming if their think that there will not be hell to pay at the polls if they do not fix healthcare. And, to think that Virginia is going to elect a lobbyist as governor? It’s hilarious, when Gillespie looses, Republicans will probably then double down with another dose Fiorina. Do you think Republicans would have any interest in Fio if it wasn’t for her bank account?????

Republicans intend to blame their losses on Trump. Not on their lie about everything philosophy. Let’s see how that works out at the polls.

I will blame their loss on lack of leadership and not have one single ounce of concern.
Va’s longest serving Senator Republican Steve Newman has not displayed a single once of concern for legal employment. Illegal immigration invading what once was a legal industry , Va’s Construction Industry.
How come Va. Republicans don’t want to bring illegal aliens out of the shadows and tax them?

Jim, you may call yourself an Independent, but your comments belie that assertion. Who do you think you are fooling? Anyone with a grain of sense who has read more than one or two of your comments realizes that calling you an Independent is about as realistic as declaring Planned Parenthood a supporter of the pro-life movement.

Democrats have been getting together for some events such as protest day for transgenders after Trump released the transgender military pronouncement, but it has been very modest compared to the TEA Party rise, the numbers and enthusiasm just aren’t there. Democrats want, desperately, for this to be a TEA Party style insurgency that results in a wave election like in 2012, but I honestly don’t see it. Will Democrats inevitable, eventually gain seats ? No doubt. Will it be some kind of wave that moves the needle dramatically and gives them back all of the 1000+ seats they’ve lost ? I don’t see how that happens. Things have truly changed in the red states, especially, and places like West Virginia may be lost to Democrats for a generation. They just aren’t going to win the seats they lost with “transgender day”. What they need is “sane tax policy day”.

I doubt this. There may be some higher numbers reported but i doubt there will be any great swell of real Democrat voters. The National Party is broke and grand juries are coming. Northam is horrible.

And I’m hearing Loudoun Democrats can now meet at a place larger than a phone booth.

Does Loudoun not have a functioning Democratic party? I knew that till recently, all BoS members were Republicans. But still was sure they had one. In 2016, if the Shenandoah County Democrats tried to have a party convention, it could have taken place in a pay toilet.

Now they’re having outdoor rallies. Not huge ones, but they’re no longer just 5 people, a banner, and a rent a donkey.

So if Loudon Democrats are so few, then how did Loudon County end up so “Blue” during the last presidential election? Must have been all those Loudon Republicans voting for Hillary.

Oh, so all those different taxes in Loudoun county are not the work of the Democrats? Republicans? Who would have guessed?