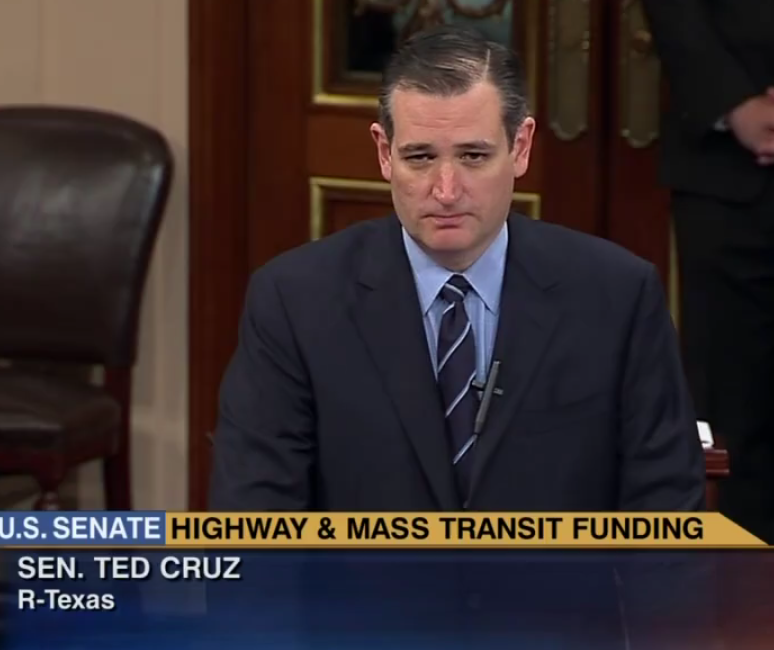 Memo to Cruz: Now’s the time to fight

In June on The John Fredericks Show I made the prediction – an easy one I thought – that the Republican candidate that came out to the gate and spoke bluntly “into” the public angst and anger over the social and economic decimation of Middle America and her values, would be the next nominee.

The specific issues would be the vortex of bad mojo driving the illegal and legal immigration train wreck, the HIB visa scam, and the abject failure of our political class to put American economic interests above the interests of transnational corporations, government elites, and the assorted killers, Marxists, thugs and dictators around the world.

Nothing exemplifies this better than the serial trade agreements since NAFTA that have been a disaster for the American economy, national sovereignty and security.

We’re a bunch of suckers and Americans know it or at least suspect it.

Hence, Donald Trump’s success, and Jeb Bush’s collapse. I keep hearing folks predicting Trump’s demise. I think they’re wrong. He is speaking into these issues and is articulating what most Americans believe: Our political class are self-serving failures.

Now comes the new Trans-Pacific Partnership agreement, all signed, sealed and delivered – shiny like a new trinket. I – and many others – have written extensively about this disaster looking for a place to happen (here and here).

If Ted Cruz (whom I support) wants to step in front of the speeding Trumpster and derail his progress, now is the time. Bush, Rubio and Fiorina are all giddy about the new trade pact, so Cruz has a golden opportunity to galvanize conservatives. To do so, he has to be the clear, focused voice that leads the charge against this monstrosity and what it will do to this country, its sovereignty and its security; and he needs to backtrack on legal immigration and the HIB visa fraud, and call for a moratorium on all immigration until we can get some of the 95 million working age Americans who are out of the workforce, back into the economy.

Memo to Cruz: Now’s the time to fight was last modified: October 15th, 2015 by Michael Giere

I’m a Cruz person! He’s got the record of fighting. When someone has been fighting for us, we should be there for them.

Your numbers are strong, reported in many other places in the free press and support what constitutional conservatives see as the main problems facing the middle class especially. I also support Cruz and hope he can find a way to break out of the pack and take his place at the top of it. He would be such an awesome president and has the smarts and the talent to start some real change to reclaim our land.

Michael, there are only 95 million “out of the workforce” if you’re including 37.5 million over the age of 65 and mostly retired, 11.9 million who are between the ages of 16 and 19 who are finishing high school, and 8 million between 20 and 24 likely to be in college.

Since most of those 57.4 million people are preparing for a career or have finished one, it leaves 37.6 million left — a group including parents raising their children and the disabled.

Much of your post was spot on, but our side looks dishonest and foolish when we present statistics like the labor force participation rate in such a clearly erroneous way.