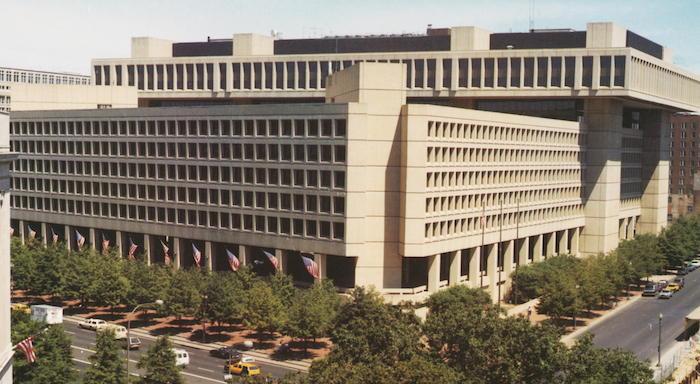 Memo to the Bureaucracy: This is How You Re-Elect Trump

It may be slowly dawning on some members of the establishment media that, by constantly attacking Donald Trump at fever pitch for every perceived misstep or rumored wrongdoing, they may actually be unwittingly helping him rather than hurting him.  The more they cry wolf, the less any actually meaningful shortcomings will be perceived as such by news consumers, and the more the media will be disregarded as a partisan extension of the leftist coastal establishment.

What the political elites have failed to perceive is that the nature and tenor of the opposition to Trump is actually a big part of what got him elected in the first place.  Broadcast and cable news talking heads whose knickers were in perpetual twist in response to violations of leftist PC speech codes were the biggest unreported contributors to Donald Trump’s campaign.   As this behavior continues through this course of his Presidency, these “journalists” unwittingly contribute to the further radicalization of the American polity, driving ordinary people in the opposite direction the elitist bubble-dwellers want them to go.

Government leaks have been a primary source of fuel for this phenomenon.  Contrary to popular imagination, a new President doesn’t have complete control of his administration on Inauguration Day.  It takes months for a new administration to form completely, and this administration has been much slower out of the gate than previous ones.  That means there is tremendous reliance on the institutional bureaucracy, which tends to regard Donald Trump like a white blood cell regards an invading virus, deploying selective leaks to the press like antibodies designed to attack the intruding organism.

Unfortunately, this institutional hostility appears to have bubbled up beyond just well-timed leaks and journalistic rumor mongering.  Even the FBI appears to have gotten in on the game.

As the Associated Press reported yesterday, “FBI: Gunman who shot congressman had no target in mind.”

[T]he gunman who shot a top House Republican and four other people on a Virginia baseball field didn’t have any concrete plans to inflict violence on the Republicans he loathed, FBI officials said Wednesday.

The FBI admits that Hodgkinson:

We also know that the six Members of Congress whose names were on a piece of paper in his pocket were members of the House Freedom Caucus, including one who was at the baseball practice that morning.  One of the names was of Virginia Rep. Morgan Griffith (R-Va. 9).  And we know he visited the Senate office of Vermont Senator Bernie Sanders, and was in email contact with two Democratic state senators from his home state of Illinois.  Here’s the screenshot I took of the shooter’s Facebook page minutes after his name was released as the shooter:

What else do we know about the shooter and his possible motives?  Well, we know he belonged to social media groups such as “The Road to Hell Is Paved With Republicans,” “Donald Trump is not my President,” and “Terminate the Republican Party.”  We also know he was an avid consumer of leftist online news and commentary, such that he would have been aware of efforts by “progressives” to roll back the GOP Congressional majority through special elections of the type that would be precipitated by a bunch of dead Republican Congressmen.

Most importantly, we know that the shooter asked, “Is this the Republican or Democrat baseball team?” before opening fire on the Republicans.

Yet the FBI chooses to say that he “didn’t have any concrete plans to inflict violence on the Republicans.”

Can anyone imagine the moral outrage among the media establishment if the shoe had been on the other foot, and the shooter had been a mentally ill original Trumpster targeting, say, Nancy Pelosi or Elijah Cummings?  And if he had actually shot a member of the Democrat leadership?  Would anyone imagine that the famously non-partisan FBI would refuse to infer a partisan motive to the shooting?

Look at the actual written statement released by the FBI.  Here’s the only mention of potentially partisan motives they make:

Hodgkinson made numerous posts on all of his social media accounts espousing anti-Republican views, although all the posts reviewed thus far appear to be First Amendment-protected speech. The morning of the shooting, a witness reported Hodgkinson asking them, “Is this the Republican or Democrat baseball team?” When the witness responded that it was a Republican event, Hodgkinson reportedly remained at the baseball field.

Yeah…it’s “First Amendment-protected speech,” so I guess that ends the inquiry….wait, what?

And when the shooter discovers it’s a Republican baseball practice, the FBI reports that he simply “remained at the baseball field.”  Never mind that part about him opening fire on Republicans as a consequence of that fact, in a clear act of political violence.

Folks, this is bizarre, and it is disheartening.  I am hoping it is an isolated incident of bad judgment, but unfortunately the signs seem to be pointing in the other direction, toward a politicized bureaucracy that extends into law enforcement agencies not wishing to paint Republicans or the President in any sort of sympathetic light, regardless of a clear set of facts to the contrary.

The American people are smart enough to recognize this kind of dishonesty, especially when it is served up to them daily and with increasingly little attempt at maintaining a fig leaf of fairness.  And they’ll continue to push back on it the only way they really can: by sending the “swamp dwellers” a great big middle finger named Donald Trump.

Memo to the Bureaucracy: This is How You Re-Elect Trump was last modified: June 22nd, 2017 by Chad Ochocinco
AlexandriaAlexandria shootingHodgkinsonScaliseTrump
2 comments