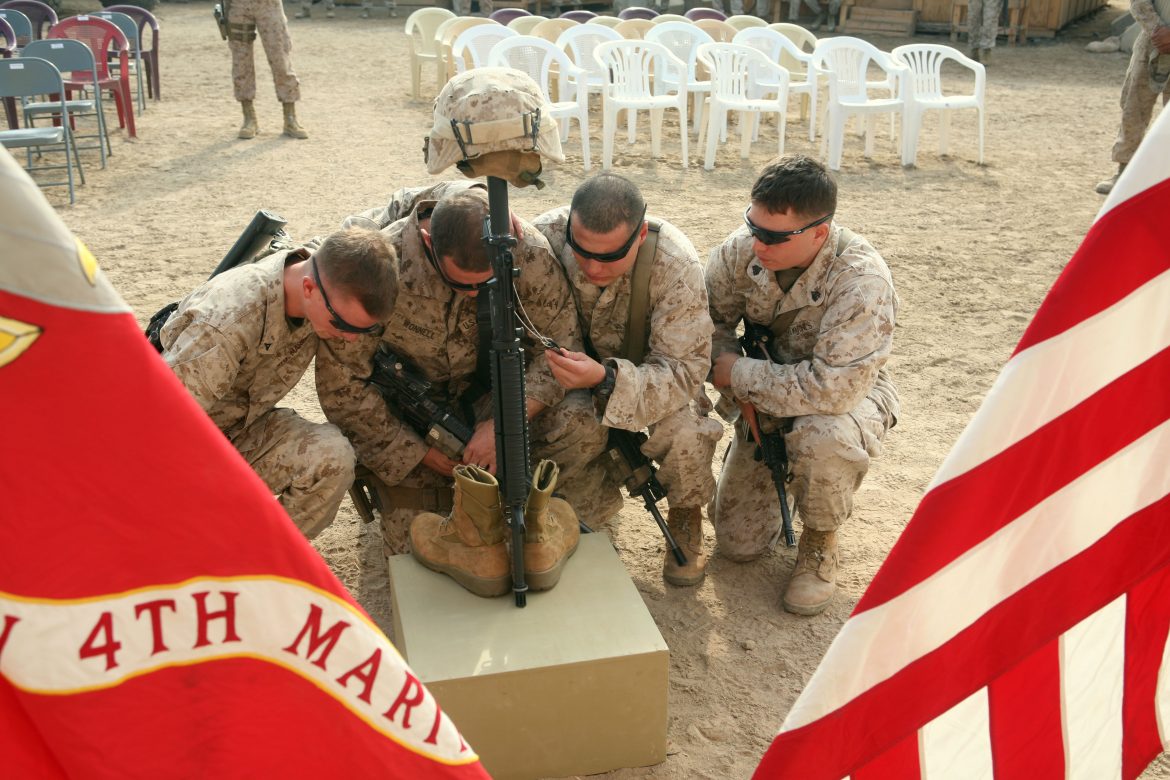 “Any nation that does not honor its heroes will not long endure.” President Lincoln

Over the years on Memorial Day, I’ve tried in small ways to honor the sacrifices made for 243 years by the 1,200,000 million American heroes who gave their lives for their fellow countrymen and for the Republic.

They cast a certain energy across the nation even in their death, though most of them are forgotten, or known only to those who loved them or carried their names forward.

But they are the grit, the mortar, the cement of this nation. But for these men and women, there would be no Republic.

Surely, very few of them thought that would be their destiny – and yet each one answered a call. They served. They gave what Abraham Lincoln phrased for posterity, “the last full measure.”

I’ve written in prior years about my two high school friends killed in combat in Viet Nam; Greg Conant, at Hau Nghia and Jimmy Plumlee who fell at Phuoc Long. I still have a catch in my throat and tear up when I think about them on this weekend. So young, so fresh in my memory.

They didn’t choose to be heroes. They wanted what we all want, to enjoy their lives, and live to the fullest. How does the math work on that?

Likewise, I’ve lamented in the past, wondering if we as a nation are any longer worthy of these real heroes, and their sacrifices.

I’m not willing to throw in the towel on the American experiment, and yet it’s hard not to be discouraged in 2019.

When you contrast the sacrifices made to establish, protect and prosper the nation that we honor on Memorial Day with the stridency of the selfishness, entitlement, and indulgence that has been on parade in the greater culture, it gives one pause.

So does the visceral, open hatred for the nation that is now proudly paraded as a trendy virtue.

It came in part from a unified gang of radical, extremist educators in charge on virtually every college campus who have been re-writing American history, replacing much of it with outlandish, incoherent rants and outright lies about the nation’s immoral founding and continental development.

Cheerleading this contempt for America is a corporate media complex, including the entertainment industry, brimming with scorn for American exceptionalism and middle-class beliefs, constantly ridiculing the founding Judeo-Christian ethos. The media complex now make no effort to hide their disdain for the country that lies between New York on one coast and Los Angeles on the other.

This thinking is so settled that it has gone mainstream in Democratic politics. We have two dozen-odd candidates for president who no longer even pretend to be traditional liberals. They’re to a person genuine radicals, socialists or worse. Their intemperate contempt for America is delivered with fierce righteousness and certainty – and with such shocking illiteracy and indifference to the unparalleled affluence and freedom of average Americans, unique in all of human history.

Worse, the new “hate America” crowd and the vicious attacks they unleash, cow far too many Republicans into silence, or push them into a partial intellectual accommodation with these new radicals, which only degrades all honest discourse.

But, as discouraging as all of this is, it’s not the whole story. Thank God it isn’t.

In thinking about this Memorial Day, I revisited some of the incredible stories of D-Day and its upcoming 75th anniversary on June 6th, which marked the beginning of the end of the Second World War. The stories of heroism on that one day is almost too much to take in. Young kids from every walk of life who knew very much what they were fighting and dying for – nearly 2,500 fell on that day alone. Twelve Medal of Honor awards were given for heroism on D-Day, and nine were posthumous.

Here is a quote from one:

“On D-day, Technician 5th Grade John J. Pinder landed on the coast 100 yards off shore under devastating enemy machinegun and artillery fire which caused severe casualties among the boatload. Carrying a vitally important radio, he struggled towards shore in waist-deep water. Only a few yards from his craft he was hit by enemy fire and was gravely wounded. [He] never stopped. He made shore and delivered the radio. Refusing to accept medical attention for his wounds, [he] though terribly weakened by loss of blood and in fierce pain, on 3 occasions went into the fire-swept surf to salvage communication equipment. He recovered many vital parts and equipment, including another workable radio. On the 3rd trip he was again hit, suffering machinegun bullet wounds in the legs. Remaining exposed to heavy enemy fire, growing steadily weaker, he aided in establishing the vital radio communication on the beach. While so engaged this dauntless soldier was hit for the third time and killed. The indomitable courage and personal bravery of Technician 5th Grade Pinder was a magnificent inspiration to the men with whom he served.”

I also read the award statements that accompanied the 21 Medal of Honor recipients since September 11, 2001, nine of which were posthumous. Again, it is difficult to read them sitting down. These were young men from every walk of life – and volunteers to boot.

Here is a partial excerpt from one:

“Robert J. Miller distinguished himself by extraordinary acts of heroism while serving as the Weapons Sergeant in Special Forces Operational Detachment Alpha 3312, Special Operations Task Force-33, Combined Joint Special Operations Task Force-Afghanistan during combat operations against an armed enemy in Konar Province, Afghanistan on January 25, 2008.  He led his element of U.S. and Afghan National Army soldiers engaging a force of 15 to 20 insurgents occupying prepared fighting positions. After a firefight, Staff Sergeant Miller led a small squad forward to conduct a battle damage assessment, and was ambushed by a well-coordinated insurgent force, assaulting from elevated positions with ample cover. Exposed and with little available cover, the patrol was totally vulnerable to enemy rocket propelled grenades and automatic weapon fire. As point man, Staff Sergeant Miller was at the front of the patrol, cut off from supporting elements, and less than 20 meters from enemy forces. Nonetheless, with total disregard for his own safety, he called for his men to quickly move back to covered positions as he charged the enemy over exposed ground and under overwhelming enemy fire in order to provide protective fire for his team. While maneuvering to engage the enemy, Staff Sergeant Miller was shot in his upper torso. Ignoring the wound, he continued to push the fight, moving to draw fire from over one hundred enemy fighters upon himself. He then again charged forward through an open area in order to allow his teammates to safely reach cover. After killing at least 10 insurgents, wounding dozens more, and repeatedly exposing himself to withering enemy fire while moving from position to position, Staff Sergeant Miller was mortally wounded. His extraordinary valor ultimately saved the lives of seven members of his own team and 15 Afghanistan National Army soldiers. “

That’s the message of this Memorial Day.

Abraham Lincoln said, “Any nation that does not honor its heroes will not long endure.” To my mind, he gets the last word.