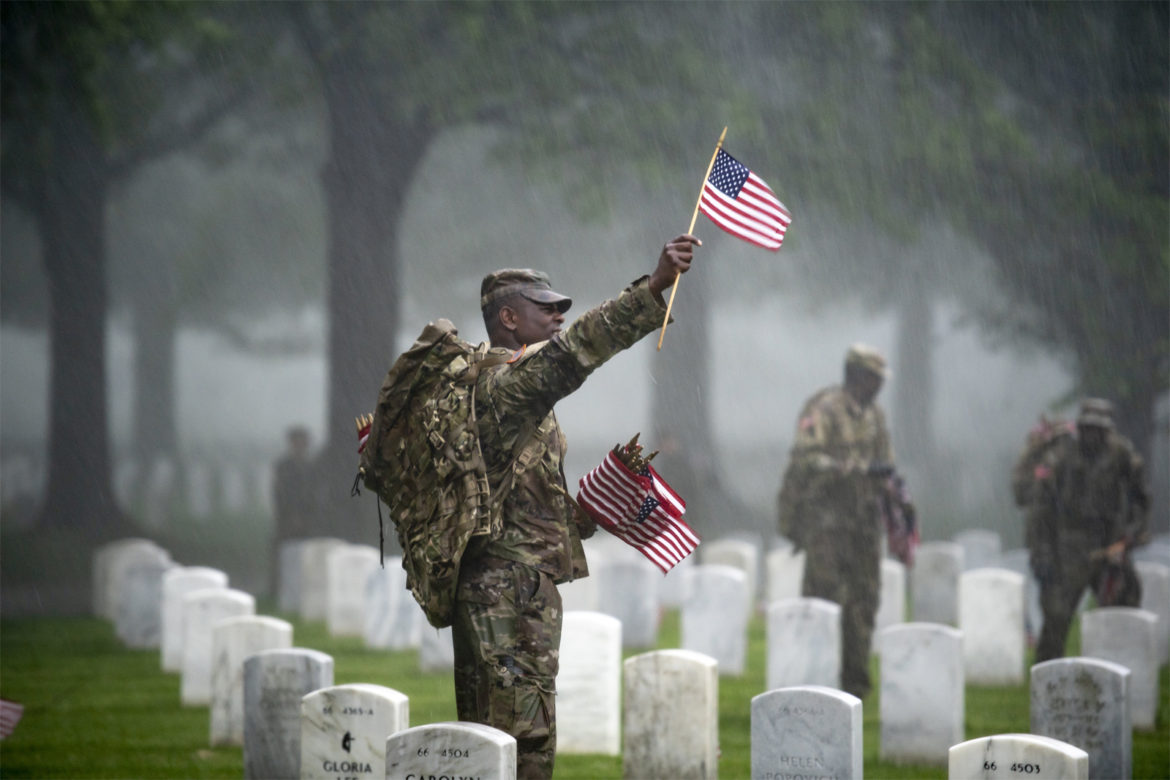 Memorial Day is more – far more – than a day for merchandise sales or the unofficial start of Summer. It is a day we set aside to honor the brave men and women that have fallen in the performance of their military duties while serving in the United States Armed Forces.

At cemeteries across the nation, families will pay their humble respects and quiet tribute to a father, mother, sister, or brother who gave their lives so that we, the living, may be heirs to the freedoms they defended. The loss may be fresh, or it may only be a distant but still painful memory, but  if you visit Arlington National Cemetery, you will see the tokens of  remembrance – flowers, stones, and photos – left behind by those still grieving their loss.

Our honored dead yet whisper a warning to us, that freedom is not free, but must be paid for with sacrifice and heartbreak; “Blood, sweat, toil and tears,” as the great Winston Churchill warned his own brave people.

My own family’s service goes back to Bunker Hill and Cold Harbor, where we lost two fathers in combat. On Memorial Day we pray they will be the last to die, but that is not always up to the families.  Today, as in the past,  many of our young men and women are sent unprepared and ill-equipped into combat – sent by  career politicians with cocktail-party courage, who have never served nor seen, smelled, or tasted the horror of war.

On Memorial Day, many active-duty soldiers will visit Walter Reed National Military Medical Center to honor American men and women who struggle just to make it until tomorrow, because they endured the horror of war to ensure the blessings of liberty for you and me. I pray their selfless sacrifices will never be forgotten nor taken for granted.

On Memorial Day, we recall the words of The American Creed, passed as a resolution by the U.S. House of Representatives on April 3, 1918 as America was in the midst of the “War to End All Wars.”

“I believe in the United States of America, as a government of the people, by the people, for the people; whose just powers are derived from the consent of the governed; a democracy in a republic; a sovereign Nation of many sovereign States; a perfect union, one and inseparable; established upon those principles of freedom, equality, justice, and humanity for which American patriots sacrificed their lives and fortunes. I therefore believe it is my duty to my country to love it, to support its Constitution, to obey its laws, to respect its flag, and to defend it against all enemies.”

On Memorial Day, no American should take their freedoms for granted. Instead, let us join together as one people, one nation under God,  to honor our brothers and sisters who wear the uniform, the families that fear for them, and the ones who paid that terrible price for our liberty.

Gee I wonder if the future military with its asinine ads for the little girl with two Mommies is going to win wars? It is just another SJW sociology experiment with expensive equipment courtesy of all the DC lobbyists….

Then you have the descending into a country that really has nothing in common to fight for does it? The rainbow flag? BLM? Endless immigration of people who could give a sh.t about your family and its participation in Bunker Hill?

Hopefully Joe Bribem does not start a war… t will be the death knell of this collapsing country.

God Bless America and her founders.