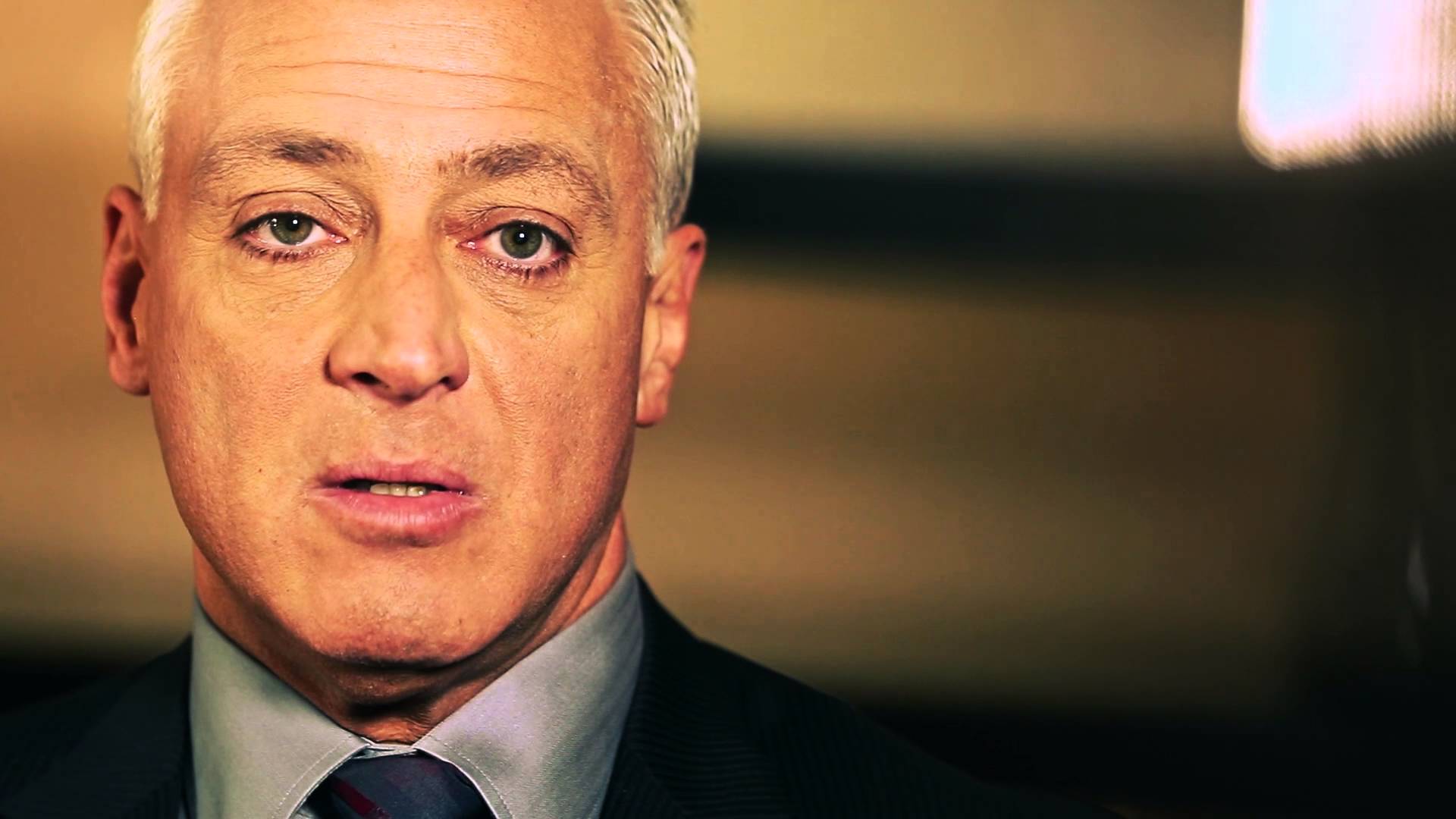 It is an honor for our campaign to be under such intense scrutiny in the final days of the campaign. Because if we were not the frontrunner, these attacks by the opposition would not be necessary. We must be doing something right!

There has been a campaign over the last three months to take down Michael Del Rosso. They are attempting to take down a man who could not be a finer example of what our Founders envisioned as to what a citizen statesman should be.

While I can understand that Michael is a larger than life type of person that some people may fail to appreciate, Steve Albertson, in previous Bull Elephant articles, is attempting to paint Michael as a failed businessman and a fraud who needs a job.

We have repeatedly said that Michael gave up his lucrative career in technology, and the compensation that went with it, to prevent the coming train wreck and yes, we really meant it!

In the half-decade preceding his move to Albemarle county, Michael, as a technology executive, made $2,085,198.00 in gross salary from 2001-2006. During that time period, he paid $526,000 in federal and state taxes. He was the Chief Technology Officer at three public companies: Quantum Corporation, Legato Systems, Inc., and OTG Software, Inc., the latter two now part of EMC, and was founding CTO of iDEFENSE (acquired by VeriSign). Evidence of this is available on the internet from contemporary press releases and news article. Anyone who doubts it should google it and check for themselves. These are the CPA certified numbers for this period.

If anyone would like to inspect Michael’s tax returns, they are welcome to make an appointment to inspect them in person.

By 2006, Michael was traveling back and forth frequently to D.C. to work on matters of national security. Five years after 9/11, Michael knew that something had to be done about a multi-trillion war where we had failed to identify the enemy. In 2005, we imposed constitutions in Afghanistan and Iraq that were completely subordinated to Islamic Law. This was the stated victory objective of Osama Bin Laden.

Michael knew that this insanity could not be allowed to stand. So, in 2006 he decided to exit the corporate life, left his lucrative career and lifestyle in California and moved three hours south of D.C. to Charlottesville. He did this so he could devote more time to his now almost full-time, but unpaid, job of addressing the most important issues that the government and political elites were ignoring. However, perceiving the dangers of Washington, D.C., he wanted his family safely away from D.C.

In order to generate income to support himself and his family, Michael either was brought into or founded several small companies.

Michael has NEVER embellished the success of the current three small companies* he is involved with. On the campaign trail, he always mentions his success as a technology executive in terms of the FACT that he was Chief Technology Officer of the three public technology companies. Does anyone care to dispute this? Tyler Pieron, Steve Alberston and others, I ask you to please produce a single time on the campaign trail where Michael has embellished the success of his current small businesses. Michael’s detractors are conflating his work as CTO for the three major companies prior to his 2006 conversion with his work in the three small companies post 2006.

Addressing some of the other whoppers being spread:

– Michael was never fired from Quantum.

– He never claimed to have graduated from NYU. Michael left college early to support his family, discovered great gifts in computer engineering, and made it his career. You may recall the same thing happened to Bill Gates, Michael Dell, Oracle’s Larry Ellison and others. My favorite such story is that of John Glenn. He never finished college yet became such an accomplished test pilot that even though NASA had a hard requirement of a four-year engineering degree, they were so impressed by John Glenn that he was one of the original Mercury 7. Michael’s employment application with Quantum showed he left college early, as do his other employment applications. It is also available for inspection upon appointment.

– His company, LTS, never owed $135,000 in back taxes or fees. LTS is a Subchapter-S corporation where all profits and loss are passed through to shareholders; hence it never pays taxes, let alone owes $135,000. LTS did at one time owe a couple hundred dollars in annual franchise fees for all of eight weeks, which was paid. None of his current three companies owe any back fees or taxes, nor does Michael personally.

I fail to see where there is a scandal. Michael does not have any tax liens, bankruptcies, or anything of the like. He pays his bills on time and has no vices. He is being attacked because he is not currently a wealthy man monetarily? Really? Michael does not define success by his gross income. Just like many in the Tea Party movement today, and the people serving as Delegates at the Convention, Michael is a patriot that puts Country before his net worth and before self.

Michael does what is necessary to support himself and his family, but he has also spent thousands of hours over the last several years working to move the needle on the most important federal issues. We need him in Congress. This is why Major General (Ret.) Greg Schumacher, Admiral (Ret.) Ace Lyons, Rear Admiral (Ret. Navy) Chuck Kubic, Captain (Ret.) Pete Phillips, LTC (Ret.) Kelly Snapp, Major, (Ret.) Steve Coughlin, and National Security Expert Rich Higgins have spent multiple weekends campaigning for Michael in the district. They have worked with Michael and can testify to his intellect, integrity, and expertise.

But Michael doesn’t need anyone to justify his success, he justifies to God only.

The people attacking Michael are desperate not because they have serious concerns about Michael’s qualifications for Congress, but because they are members of the GOP Establishment. They want to make sure the Establishment choice for this seat gets into Congress. Many of them were vocal supporters of Eric Cantor in his campaign against Dave Brat. The last thing they want is another Dave Brat in Washington.

There has been a clear campaign to take down Del Rosso over the last three months. They are solely dedicated to destroying the candidacy of Michael Del Rosso. Why might this be? Could it be that Michael is the Establishment’s biggest nightmare?

The pattern is clear. There has been an orchestrated effort to take down Del Rosso since February. Are the voters of the 5th District going to allow this to stand?

And a note to Steve Albertson, why have you refused to disclose your support of Tom Garrett in your articles covering the 5th District race? You have told people for months that you were supporting Garrett. Additionally, Mr. Albertson, not once did you reach out to the Del Rosso campaign in order to allow us to comment on any of the articles you have written on the 5th District race. Regarding your most recent article, did you do your due diligence on the other candidates? Tom Garrett made $56,710 in 2015. He has limited assets and has not paid off a student loan from 2000. We could care less, but if you were playing fair, wouldn’t you make this a story as well? And how is any of this relevant in the first place?

Michael is the only candidate who has been thoroughly vetted by the way of a constant smear campaign. The mendacious attacks prove that Michael is the most battle tested candidate and is ready to take on and defeat Jane Dittmar in November.

We are done answering false, rabbit trail accusations and will turn back to our more pressing concern – preparing for this Saturday’s Convention where Michael Del Rosso will be nominated to be our next Republican Congressman from the 5th District of Virginia.

* Michael was hired as a consultant by the board of directors of Nimaya, Inc., a venture-backed enterprise software company, in 2008 to perform a statutory restructuring. He completed the restructuring in 90 days. Michael made the company profitable in less than two years. The company is an ongoing concern with solid annual revenues from high margin software licenses. This is one of the ways Michael pays his bills, in addition to consulting revenue.

LTS Corporation has a GSA schedule and in 2014 was awarded a US government IDIQ IT contract valued at up to $50M for up to five years with the Health Resources and Services Administration (HRSA), an agency of the U.S. Department of Health and Human Services. Michael’s successful proposal for this contract cost around $100,000.00 to prepare, but HRSA has yet to issue any task orders on this contract, so there is no revenue flow. Let me know when the government decides to become efficient.

Acuity Tech Solutions is a subchapter-S consulting company for running executive professional services contracts, all revenue is passed through to either consultants or shareholders with no retained assets to speak of, much like a small law firm.