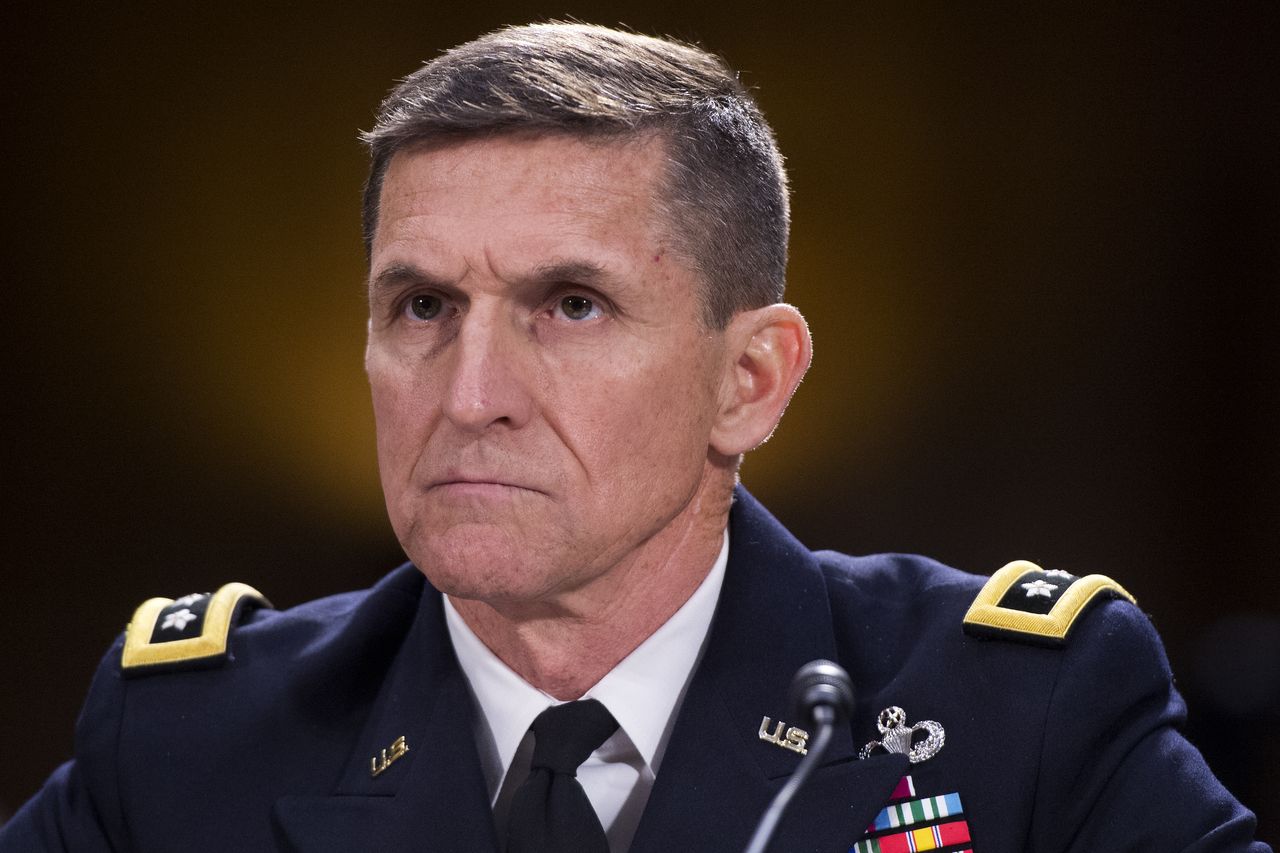 General Michael Flynn has resigned as Trump’s National Security Advisor after it was reported that he had mislead Vice President Mike Pence on a conversation he had with Russian Ambassador Sergey Kislyak.  From CNN.com, Flynn said,

“I inadvertently briefed the Vice President-elect and others with incomplete information regarding my phone calls with the Russian ambassador. I have sincerely apologized to the President and the Vice President, and they have accepted my apology,” Flynn wrote according to a copy of his resignation letter obtained by CNN.

“I am tendering my resignation, honored to have served our nation and the American people in such a distinguished way,” he wrote. “I know with the strong leadership of President Donald J. Trump and Vice President Mike Pence and the superb team they are assembling, this team will go down in history as one of the greatest presidencies in US history.”

The Justice Department had warned the Trump administration that Flynn could be vulnerable to blackmail by the Russians.

One of the things that turn me off about some blogs is the vicious, mean-spirited comments that some people make without knowing all the facts. We all rail about the lame-stream, fake news agencies and then some take that information and run with it. I personally know Mike Flynn and he is a true patriot, honest and an all-around great American. He honorably served his nation for over 3 decades and now he is being crapped on by the public over media reports. I don’t know the facts either, but I can tell you Mike Flynn is a good guy…someone you want advising the President when that phone call comes in at 3 AM. I just wish people could withhold judgment until all the facts are in.

This goes back to the Obama administration holdovers who are yet to be purged. The Democrats have slow walked cabinet appointees yet the various agencies continue as before and don’t like being forced to change direction to accommodate the new and conservative administration. I would like to see a special investigation out of the Justice Department and one that focuses on the FBI, NSA, and CIA at a minimum.

Or he was fired.
http://www.npr.org/2017/02/14/515215088/white-house-press-secretary-says-trump-fired-flynn-as-national-security-adviser?utm_source=facebook.com&utm_medium=social&utm_campaign=npr&utm_term=nprnews&utm_content=20170214

Why has Trump not practiced “extreme vetting” when it comes to his administration selections?

Ouch. That left a mark.

Yeah, it was hilarious the first 500 times liberals heard it and they just can’t stop.

Gen. Flynn is a registered demwit. President Trump should have known better, I’m I right?

What scares me most are the folks here who still think Trump was a good choice. So many missteps and misspellings? So many blunders because he and his team have no clue. Still, you think he is great? What scares me about you is that your kids will grow up as delusional as you are

The fact that Trump was the lesser of two evils demonstrates what terrible options we had.

That’s President Lesser of Two Evils to you!

I think he’s the best thing since Reagan and I still ain’t tired of winning!

As a Trump supporter, when will Va. Republicans stop protecting the employers of the basket of
Deportables?
http://watchdog.org/202012/subcontractors-shadow-economy
Inaction is a larger mistake than a missteps or misspelling.
How about elected Virginian Republicans protection of illegal immigrants?
I can’t get my file together quick enough to send to Sessions.
Go ride in a Ferrari, rather than enforce the law.

What absolutely scares me are the folks that still put any faith in Mrs. Cankles and who continue to show that faith by rioting in the streets, attacking people for their beliefs, and destroying property. You can’t fix stupid. I suppose that’s why our Founding Fathers were so smart and why we have the 2nd Amendment.

latest new is that Trump knew about the talks but let Pence go on air and deny them anyway – way to go, Trump and the trumpets

And there’s your sign. The latest news from a dishonest institution. Are you going to whine like a baby or throw a rock through a storefront window, my anarchist friend?

yep – your kids are going to keep your hatred going – no end in site, but thanks for being you

Haha, that’s hilarious coming from the Angry party! It’s your party that is angry and full of hate!

From “Gorbachev tear down that wall!”
To a GOP with friendly ties to a KGB authoritarian in less than a generation.

It would se that at some point, the Grand Ol Party should have a time out for self reflection.

Who should Trump interview now? I would suggest 1) Frank Gaffney, Jr. 2) Michael Del Rosso 3) Retired U.S Army Col. A. Kent Schweikert among others

Thanks Rocinante, I like the name too and have been living with it for 3 score years. I also like the name Rocinante. What does it mean? Bolton or Boykin might also be a great choice for this position as well or possibly even Flynn again if the whole story shows he broke no law, or did not deliberately lie or remember the true nature of the call itself, which only a full transcript will hopefully reveal soon, as well as a similar investigation of similar calls and hacking over the past twelve years plus.

Only one month … and a scandal already. Nice start. And as expected from our thin-skinned megalomaniac-in-chief, the reckless tweet storm continues. When is this guy going to start acting presidential?

Kinda have to pick your unreliable source … the MSM or Trump.

Delusional: when one man accuses all 54,400 professional journalists in America of conspiring against him and you believe him.
Also see: confirmation bias, Reaganbacker.

Perhaps you should have nominated so.

Classy guy, glad he did what he could and stepped down as appropriate.

Yes, but lying to the VP is not so classy.

Sorry, at this point, we truly don’t know exactly what transpired. Not even Charles Krauthammer (not a big fan of the Trump administration), believes this is a legitimate scandal. Who are you going to believe anyway, the media?

What is more troubling is that our intelligence agencies were obviously openly spying on Gen. Flynn and then leaked the classified information to the media. I hope someone starts cleaning house in every corrupt department and agency in our BIG Government. The sooner, the better for America.

The important question is who leaked the transcript of Flynn’s conversation with the Russian Ambassador to the media?

Right, that was most likely the beltway plausible denial, but Trump/Pence don’t play that.