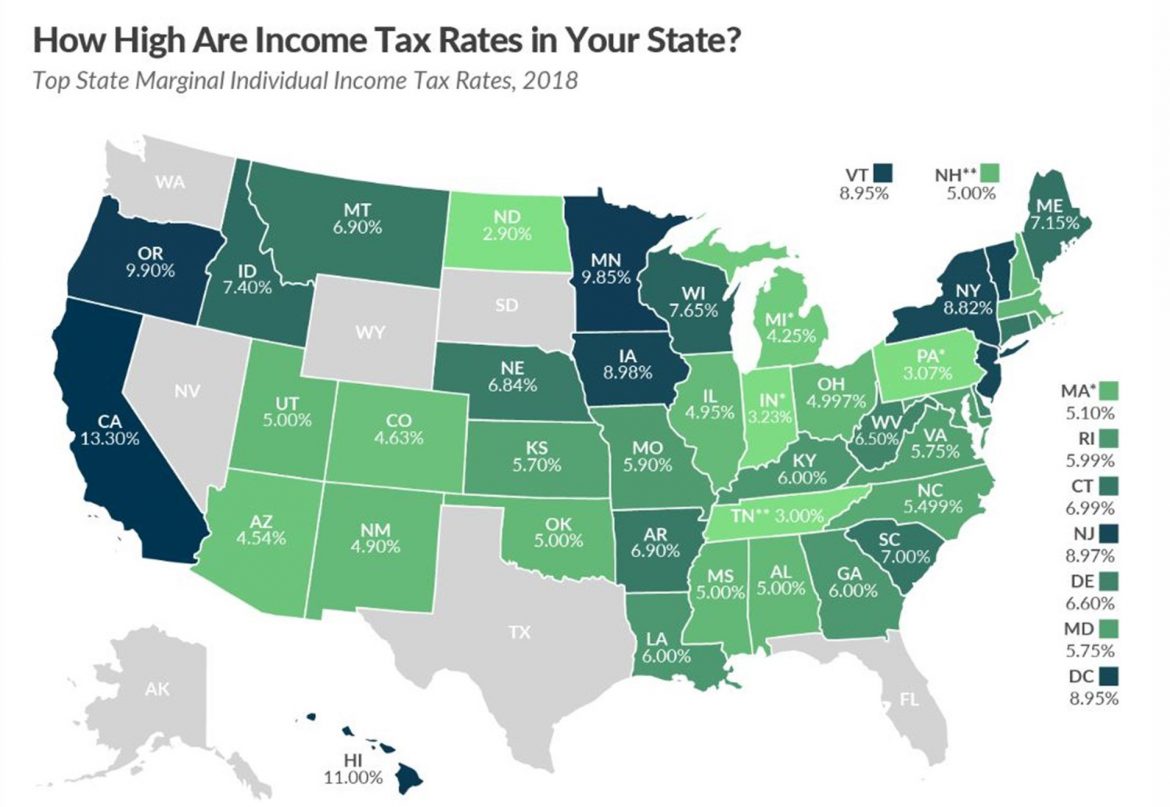 Migration and tax rates by state

From the CATO Institute: 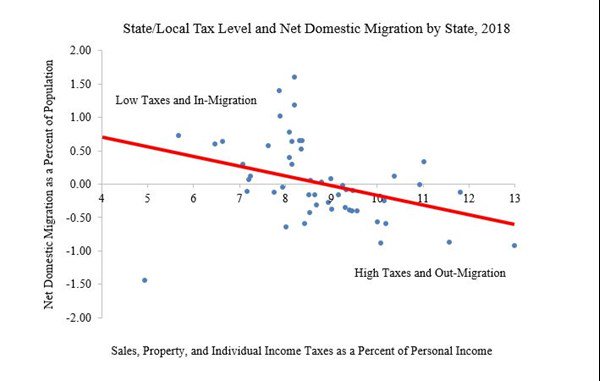 So how high are income tax rates in Virginia and other states that are gaining population? 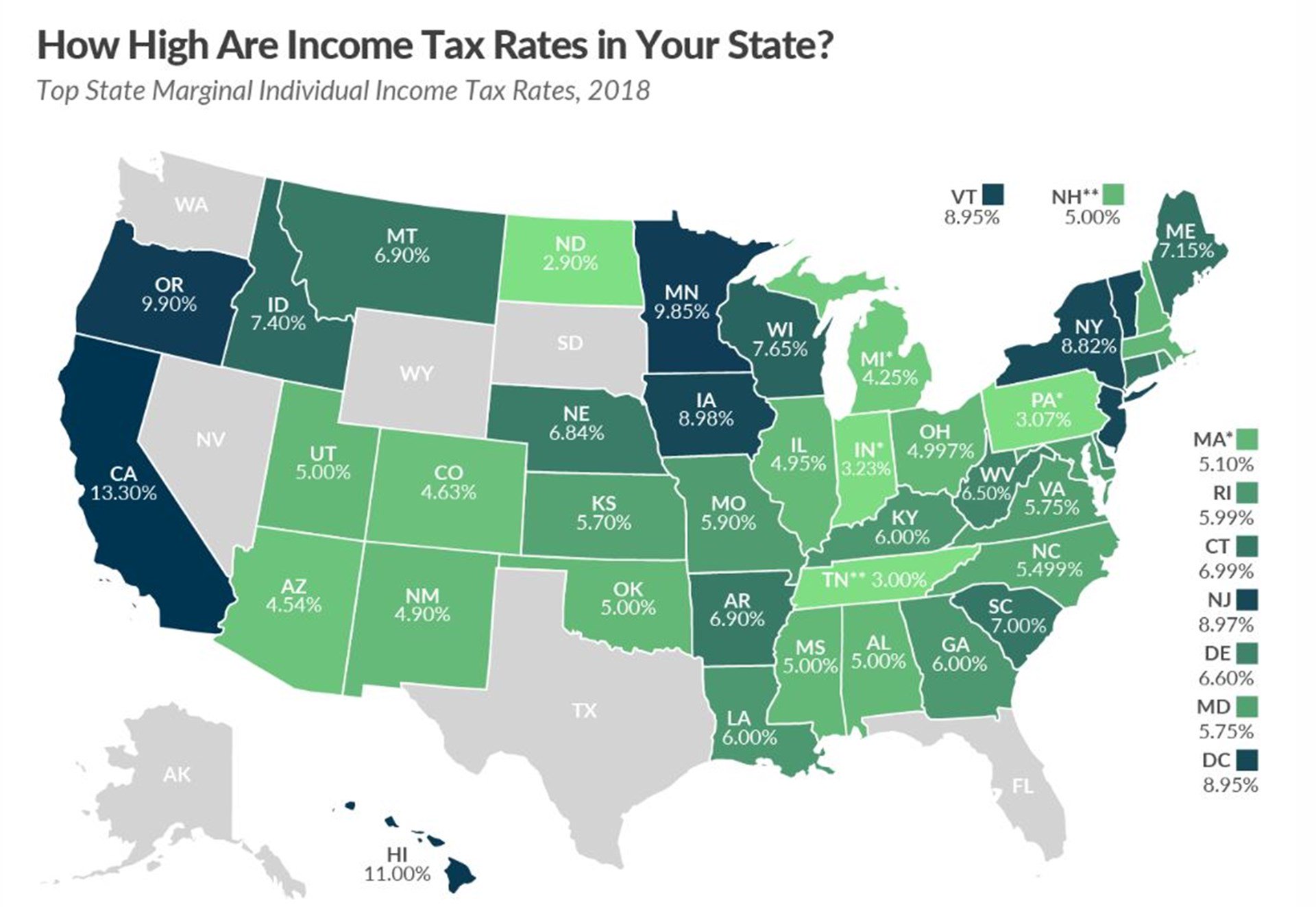 Only 7 states still have no personal income tax: