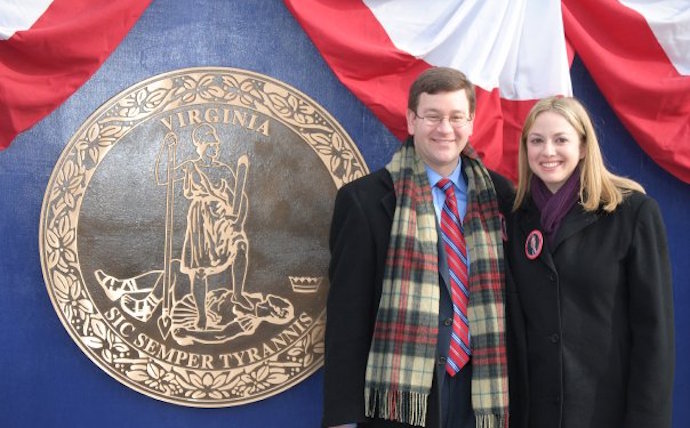 I appreciate the opportunity to respond to the February 16, 2018 piece by Lou DiLeonardo in support of my opponent for FCRC chairman, Tim Hannigan.  Mr. DiLeonardo’s piece is clarifying, because it lays out only two arguments for my opponent’s candidacy: first, that I am an “establishment” candidate and, second, that I will not have the time for the job.  His piece is long on criticisms of me and short of any positive plan for Fairfax Republicans.

The basic premise of a successful political party is that it needs to grow.  That we win by addition, not subtraction.  Mr. DiLeonardo’s arguments fail this basic, fundamental premise.  His arguments, trying to pigeonhole me as “establishment” and claiming I cannot lead the party because I have a job and a family, are divisive arguments of subtraction, not addition.

Mr. DiLeonardo claims that the current chairman, Matt Ames, is resigning, and that I am his “hand-selected replacement.”  This is false.  Mr. Ames is completing his term and not running for re-election.  Perhaps Mr. DiLeonardo was privy to the conversation at which Mr. Ames hand-picked me to be his successor; I was not.  (And I can assure TBE readers my wife was not privy to any such conversation either.)

My opponent has frequently and publicly said that Republicans need to stop dividing each other as “establishment,” Tea Party, etc.  Yet his surrogates like Mr. DiLeonardo do exactly that by claiming I’ve somehow been “anointed” to succeed Mr. Ames.  Saying one thing in public and doing another in print is not the way to win and is surely not the way to unify the party.

I’ve been Arlington/Falls Church YR Chairman (2006), YRFV Treasurer (2007), and 8th District Chairman (2008-16).  From the innovative RetireJimMoran.com website to raising tens of thousands of dollars annually for the 8th District Committee – which we plowed back into the 8CD’s unit committees, including Fairfax – I’ve made helping Republicans win my sole priority.

Let me be absolutely clear: I am not running because someone hand-picked me to do this.  I’m running because I am utterly dedicated to the Republican cause and I know what I want to do to get the Republican Party back on track in Fairfax County.  I have a wide array of new and original ideas to change the direction of FCRC based on lessons learned from 15 years in politics, including in some of the bluest areas of the state.

Here are just some of the innovations I plan to implement as chairman of the FCRC:

Finally, Mr. DiLeonardo once again raises the tired, shopworn argument that because my opponent is retired, he can devote more time to the job of FCRC chairman than I can.  If I had a nickel for every time my opponent and his team mentioned this, FCRC’s fundraising challenges would be solved.

Far from being a disadvantage, the fact that I am a young father in Fairfax County will be a tremendous advantage to FCRC.  The Virginia GOP lost badly in the suburbs in 2017, including in Fairfax County.  We must reconnect with young suburban families to tell them they have a home in the Republican Party.  There’s no better way to do that than to elect as FCRC chairman someone who understands and can speak to their concerns.  The worst message we can send is that jobs and children disqualify someone from being a party leader or a candidate.

How are we going to recruit new, young candidates to run in Fairfax County with Mr. DiLeonardo’s argument?  What young person with a young family is going to be attracted to a party that says only people without jobs and families can lead it and be its candidates?  Fairfax Republicans must be about addition, not subtraction.  Inclusion, not exclusion.

The Republican Party is the pro-family party.  We support strong non-government institutions, such as PTAs, religious groups, and local political parties, as the backbone of American civic life, as Alexis de Tocqueville identified way back in the 1800s.  And we encourage those with jobs and families to participate fully in civil society.

I encourage you to visit my website, mikeforchairman.org, and my Facebook page, Mike Ginsberg for FCRC Chairman, to learn more about me.  And please feel free to reach out to me directly at [email protected].  My door is always open and will always remain open if I am elected FCRC chairman.

Mike Ginsberg Responds to “Tim Hannigan is the Man for the Job” was last modified: February 21st, 2018 by TBE Staff

How about both candidates pledge to wholeheartedly support the other and vow to stand for vice-Chairman if they are not triumphant? How about the loser out-Republicans the winner and truly Makes Fairfax Great Again? How about the FCRC pursue politics with the same vim, vigor, and passion used to exile Fredy ‘Conan’ Burgos? Show me a party that can rehabilitate the politically challenged and reintegrate the unsavvy fallen, and I believe Fairfax will relive the halcyon days of yesteryear.

I really appreciate the publication of a plan of action for the FCRC. I confess that I have not seen the same level of detail presented for Mr. Hannigan. From my limited involvement to date, I have become acutely aware of our tendency to gripe at length about what we did wrong and little effort to articulate and put into action tactics that will overcome our past failures. My sense is that Mr. Ginsberg has tried to do that. My hope is that whoever wins will build on these starting blocks.

Obviously you have not been on Tim Hannigan’s website. Try it, you will find many of Mikes “ideas” are taken from TIm’s site. I know because I was on the committee with 20 members for over a year that developed TIm’s plan. This was long before Mike was an idea for Matt Ames to be the hand selected candidate.