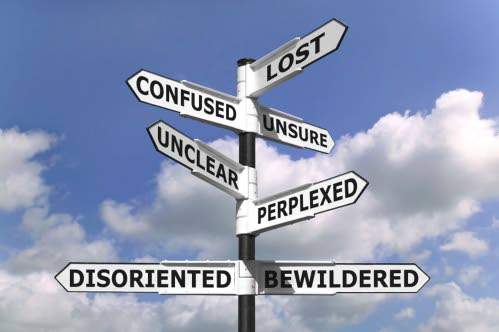 A social media post captured my attention. A millennial was boasting about a recent home purchase. Nothing out of the ordinary, home ownership is a good thing and people take pride in owning their own place, private property is the bedrock of capitalism and freedom. This millennial was buying in one of the country’s most expensive real estate markets.

While boasting about a “privileged” status of people who could afford to buy homes because they had inherited wealth, the millennial opined that the system is rigged. This spurious “white privilege” system somehow suppresses black people who earn incomes considerably lower than whites.

Race-baiting while flaunting expensive material possessions, millennials like to quote large income disparities between blacks and whites, forgetting that income disparities exist among whites as well and not because of any deliberate exploitation or skin color but because each individual, lucky or unlucky, made personal choices that resulted in economic success or failure.

Let’s inject some economic sense into millennials’ warped reality. Income and wealth are two different economic concepts. A person could, of course, donate part or all of yearly income and part or all of wealth to black needy families to assuage his/her “white guilt.” Nobody stopped him/her from giving away to or sharing his/her home with a needy black family for the sake of his/her perceived social injustices and “white privilege.” Cars and home donations are quite welcome and part of philanthropy.

But government should not mandate how we split acquired wealth nor should government have the right to confiscate it. I’ve experienced government confiscation of wealth, private property, and even the nationalization of the means of production. It did not end well at all. It resulted in the murder of millions of innocents and decades of totalitarian exploitation of the proletariat masses by the Communist Party leaders and apparatchiks.

This millennial was discounting millions of white and black people who have worked hard to purchase their homes without direct financial help from family. Many had accumulated wealth which they plan on leaving to their heirs.

Charity begins at home and can extend to families who made poor personal choices in life or decided to enter our country illegally, seeking welfare, Social Security, and the government protection they could never get in their countries. As hard as we may try to, we simply can’t afford to make life better for billions of needy in the world.

The argument is expressed that we could feed, house, and educate millions of poor people for what we spend on wars. The problem with this argument is that the definition of poor is quite different for various groups and populations. Another problem is that ordinary people cannot control when wars are started, the few elites in power do, and they approve expenditures for such wasteful efforts.

Life is never fair and nobody should have guarantees of an easy egalitarian existence. Success, a good income, and wealth are not rights, it is an opportunity to succeed or fail.  Just because the education system has given awards to every child for walking across a stage without tripping and participation trophies, the harsh reality of life is quite different from communist academic and progressive lobbyist rhetoric.

Bad luck and bad choices are contributors to failures, while good luck and good choices lead to success. Hard work and choosing wisely are also important. Saving money and studying hard are essential variables of success. Blowing everything you earn on parties and a good time every weekend are formulas for failure. Lack of personal responsibility, something no longer taught in this country, contributes greatly to the “social injustices” radical communists rail about.

Millennials in this country have become radicalized communists while in college where they joined other like-minded individuals who live high on the crony capitalist horse.  IT professionals, academics, lobbyists for non-profits, or staffing offices of influential politicians have the temerity to lecture the rest of us about fairness, equality, and social justice.

Forcing social justice and equality by law or through lobbying aggressiveness is not going to make people equal or successful because humans are born with dissimilar IQs, diverse motivation levels, higher or lower moral capacity, and different talents and abilities.

Affirmative action, quotas, and other forms of government-approved and academia-sanctioned racial discrimination do not make everyone “equal” or “diverse,” it just suppresses everyone to a lesser common denominator by lowering selection standards and by hiring those less qualified. It will be interesting to see how the Supreme Court will decide on the lawsuit brought on by Asians against Harvard for discriminatory admission scoring.