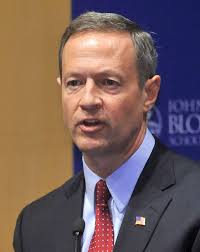 Gun owners place a high value on their privacy. Anti-gun politicians realize this and are hoping they can use the prospect of entering their names into a gun registry to scare these Americans away from buying a firearm. Every time these gun grabbers get caught in the act, Second Amendment supporters need to cry foul.

Over the weekend, Maryland Gov. Martin O’Malley and the Maryland State Police released the confidential information of people applying for firearms purchases to five massive state agencies. The stated purpose, according to a police statement Saturday night, was to speed up the processing of a backlog of 39,000 applications.

The backlog was created by the public response to Mr. O’Malley’s radical new gun-control laws that kick in on Oct. 1, requiring anyone who wants to buy a handgun to submit to fingerprinting, licensing and the completion of a four-hour training course. This will be just like the mandatory course the District of Columbia did away with last year after concluding it was entirely unnecessary.

Citizens of states without such restrictions may wonder why the police are involved at all in the purchase of a firearm. Mr. O’Malley, a Democrat with ambitions for higher office, does not allow federally licensed dealers to have direct contact with the FBI’s National Instant Background Check System. Maryland law demands that a dealer go through the state police for the background check before releasing a gun.

However, what is supposed to be a seven-day process has stretched much longer. Mr. O’Malley refuses to rectify the situation by allowing the dealers to conduct the background checks themselves. Apparently, he will do anything to make it harder to get a gun, even if dealers are releasing guns to prohibited people to follow state law.

“First Martin O’Malley stops firearms dealers from calling in federal background checks on handgun buyers,” Patrick Shomo, the president of Maryland Shall Issue told me. “Now he now thinks it a good idea to give personal and private information — names, addresses and even Social Security numbers — on an unsecure Internet site so that dozens of random state employees can access them from anywhere in the world using a single shared password and log-in.”

The government practice of releasing of gun owners’ information came into the national spotlight when a New York newspaper, the Journal News, published an interactive map with the names and addresses of law-abiding handgun permit holders’ homes just two weeks after the tragic school shootings in Newtown, Conn.

The paper used the New York State Freedom of Information Law to procure the information from Westchester and Rockland counties, which willingly released the confidential information. Either deliberately or carelessly, the newspaper set up innocent people to be targets of theft and violence in an article titled, “The gun owner next door: What you don’t know about the weapons in your neighborhood.”

In reaction, Sen. John Barrasso, Wyoming Republican, offered an amendment in April to President Obama’s gun-control legislation in the Senate that would have blocked the government from publicly releasing any information about gun owners. Mr. Barrasso’s amendment got 67 votes and was one of just two of the 10 amendments offered that passed the upper chamber.

Senate Majority Leader Harry Reid pulled the base bill from the floor because he couldn’t get 60 votes for it, so Mr. Barrasso’s legislation never went to the House. Since then, several states have also passed laws prohibiting the public release of gun owners’ personal information.

The larger issue is how much Americans can trust the federal government with registration lists of gun owners. Our Founding Fathers created the Second Amendment specifically so that an armed civilian populace could protect the nation from a tyranny.

When the government knows the whereabouts of every single gun in the country, the deterrence of an armed citizenry as a counterweight to overbearing authority is removed, and the possibility of confiscation becomes more likely.

When it was revealed this summer that the National Security Agency has been spying on thousands of law-abiding citizens for no reason, gun owners’ fears were reinforced. That is why the National Rifle Association filed an amicus brief last week in a case that the American Civil Liberties Union is bringing against the agency for its Prism data-mining program.

The NRA’s position is that once enough data has been collected and compiled, establishing a gun registry would be easy to create.

In the brief, the organization that represents more than 5 million Americans wrote that the “the mass-surveillance program” provides the feds with the “means of identifying members and others who communicate with the NRA and other advocacy groups, but also with the means of identifying gun owners without their knowledge or consent.”

Emily Miller is a senior editor of opinion for The Washington Times and author of “Emily Gets Her Gun” (Regnery, 2013).