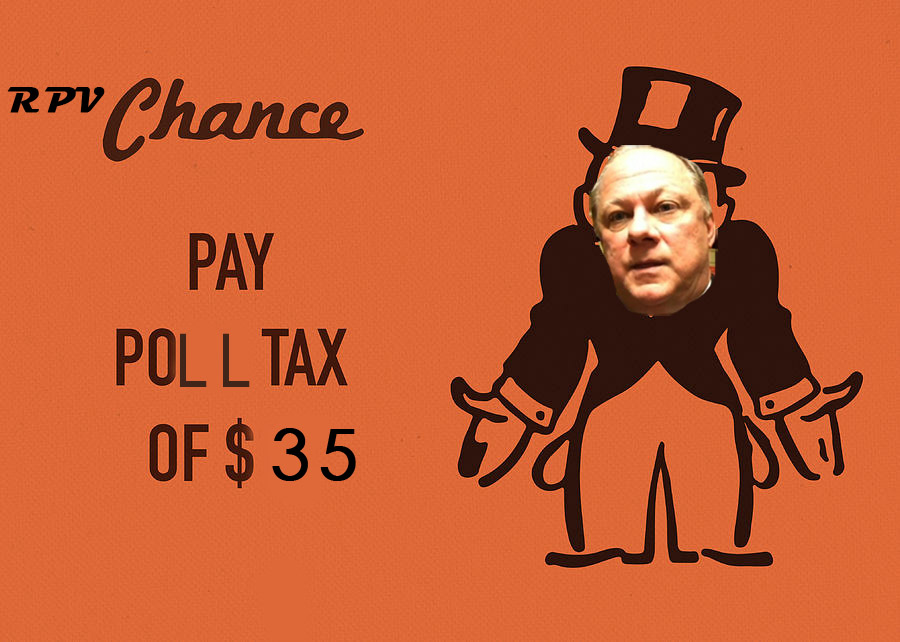 Is RPV requiring a $35 convention fee to raise money since fundraising is so bad?

The table below summarizes the second quarter numbers for both state parties, and the Democrats are clearly outraising us.

For example, RPV reported $60,930 in donations in its state account, of which about $40,000 are convention filing fees from local GOP units for the Aug. 15 unassembled “drive thru” convention , which will be held in about 11 voting locations around the commonwealth.

Funding from the Republican National Committee gives RPV $472,000 in cash on hand as of June 30.  So, the party does have money, although these funds are supposed to be used for the US Senate and House races, and to pay the Trump campaign coordinators around the state and “Victory” headquarters.  RPV can federal money for its staffing in a federal year, from what I am told.

However, the Democrats still have more than twice as much funding in Virginia as RPV (at least for now, as RNC can pump in more).

Indeed, unions and liberal PACs provided the bulk of DPV’s state haul in the 2nd quarter, but the Democrats also are getting huge donations from groups representing the state’s hospitals ($3,000), HCA ($5,000), and American Healthcare-Roanoke ($5,000).

None of those healthcare groups gave to RPV this year.

The state party plan does not specifically require the chairman, who is Jack Wilson, to fundraise, but it does state that a “Finance Committee shall be responsible for fund raising activities of the Party.”

According to the RPV web site , this position is vacant, but it supposedly has been filled.  But what is this person doing or not doing?

There also is no full-time RPV executive director.  I don’t recall the last time I got a fundraising letter from RPV.

Instead of securing the big bucks for RPV, the convention this year requires a $35 fee for delegate to vote – something RPV has not done in years and amounts to a poll tax.  Although the purpose of candidate and delegate fees are to defray the cost of a convention, I suspect a portion of this money might be used  to help fund RPV expenses.

Plus, before the National Convention in Jacksonville was canceled due to COVID, RPV was charging the roughly 90 Virginia delegates, alternates, plus their guests, a fee for transportation/food/incidentals/T-shirts that was nearly four times the amount RPV charged in 2016 when I was an alternate.  Guests and alternates would have to pay the fee even though the Republican National Committee barred them from the first three nights of the Jacksonville event due to COVID concerns.  As a voting at-large delegate this year, I did not mind the fee, but our email complaints to Wilson went unanswered, except he said in a letter that COVID put a crimp on fundraising.  Well, the Democrats were impacted by COVID, too, and they did much better.

But Wilson’s failures don’t end there:

It seems to me the RPV is in desperate need of new leadership.

Anderson knows how to raise money – some $1.7 million for his campaigns for the House of Delegates and another $500,000 for campaigns of his colleagues.  That’s more than $2 million more than Wilson has raised for our party.  “Money is the mother’s milk of politics,” as I wrote in my book, The Six Secrets to Winning ANY Local Election!

Anderson is a leader and a motivator and can help save our party and thus our state from Leftism.  He will be a full-time chairman, and has a multi-point plan for reinvigorating the GOP at www.RichAnderson.com

And, he opposes the Party Plan amendment on the ballot to reduce the size of the State Central Committee

Voting is 9 to 3 pm Saturday Aug. 15, and you have to pay a $35 fee to vote unless you have prepaid it.      Click here to see the polling locations, but check with your local unit chair to be sure where you vote.