Moment of Truth on Medicaid Expansion

General Assembly members: if you oppose Medicaid expansion in Virginia, now is finally your chance to have a real impact. 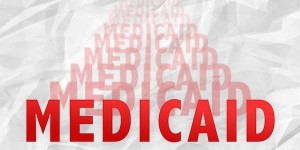 There has been a lot of ink spilled lately about whether Terry McAuliffe can expand Medicaid on his own if the Virginia General Assembly doesn’t act to do so in this year’s budget.  Republicans argue that the governor does not have authority to either run state government or to expand Medicaid without an appropriation from the legislature. And, of course, that’s correct under the state Constitution.

But, unfortunately, the budget currently under consideration by our new majority in the Senate leaves room for doubt about whether the Governor in fact would have the appropriation he would need to somehow try to unilaterally expand Medicaid.  More details here, but the relevant language is below:

9. There is hereby appropriated sum sufficient nongeneral funds for such costs as may be incurred to implement coverage for newly eligible individuals pursuant to 42 U.S.C. § 1396d(y)(1)[2010] of the Patient Protection and Affordable Care Act.

It’s important to understand this is a blanket appropriation, and nowhere does the budget say that this appropriation is contingent on any other action by the General Assembly or its special Medicaid commission, the MIRC.  We, together with a lot of members of the General Assembly, believe this provision is likely key to any effort by the Governor to expand Medicaid.

That’s the bad news.  The good news is that, owing to former Sen. Phil Puckett’s retirement from the Virgina Senate last weekend, Republicans now have a majority in the Senate.  That means Republicans now have the opportunity to pass a budget from both houses that protects against the possibility that the Governor would act on his own.

Unfortunately, rather than seize this opportunity, some Republicans in the General Assembly are instead putting up a fight.  They are claiming that no such measure is necessary, or that people backing such a protective step are kooks, cranks, and crazies.  So, from here I address each member of the General Assembly: ask yourself why some of your anti-Medicaid colleagues are throwing such a fit about simply protecting the prerogative of the legislature to enact any Medicaid expansion…ask yourself why the reaction has been so visceral. If the budget already blocks the Governor, then what’s the harm in merely making it explicit?  I’ve heard reports of yelling and cursing within the more numerous caucus, so I’m sure I don’t have to tell you the answer.  And, I also don’t have to tell you what it would mean to be complicit in facilitating the backdoor expansion of Medicaid outside of a genuine, public debate and legislative vote.

Regardless of your view about whether the “kooks” have it right on the budget language, you can’t deny that the Governor and his lawyers are thinking of ways for him to do this on his own.  So, I ask you, member of the General Assembly, to not vote for any budget that has not been modified to AFFIRMATIVELY AND EXPLICITLY strip the Governor of any authority to expand Medicaid.  Of course, you do not have to do what I ask.  You instead may decide it’s just not worth making waves with leadership.  I get it…it’s tough.

But anyway, think about this while you ponder what to do.  Wild things have happened as a result of above-board votes that happened without any sense anyone was trying to hide things from the voters.  I can’t imagine how widespread the reaction would be if voters thought their legislators saw an opportunity to stop Obama in his tracks but decided they didn’t have the courage to do so, unlike Berg, Marshall, and Black, among others.  In the meantime, I’ll be here if you have questions.  I’d be happy to hear why blocking the Governor from expanding Medicaid is a bad idea.

Who knows…I could be wrong.