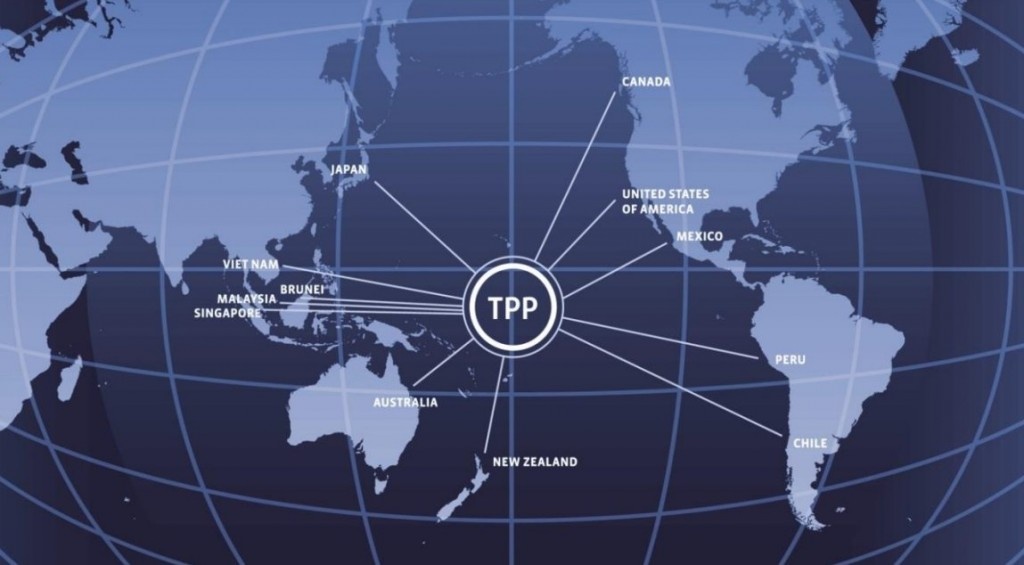 In the next 40 days the voters will make a momentous choice.

They will cast a vote for a woman of the last century, molded in radicalism and glazed in the furnace of feminist victimhood. It will be a vote for the continued dismantling of the Republic, and the final, perhaps irreversible corruption of the rule of law that protects it.

Or they will cast a vote for an unorthodox and atypical Queenâ€™s businessman who in an age of timidity, scares the timid. He speaks plainly and sometimes crudely, and detests the political correctness that covers cowardice like a security blanket. He is untested in the workings of a great nation, yet his well-crafted economic, defense, immigration and energy plans are solidly conservative.

Just after the citizens make that decision on November 8th, Congress may make its own momentous decision in lame duck session between the elections and before January.

The fate of the Trans Pacific Partnership (TPP) sits on the lip of the Congressional cup; a decision that could set the economic trend lines for generations, and rip the already fragile threads that hold the Constitutional order and national sovereignty in place.

[Today, the Majority Leader in the Senate, Mitch McConnell, (R-KY) told a farm group in Kentucky that there are serious problems with TPP and that it would not be taken up this year. As encouraging as that sounds now, Mr. McConnell also mockingly refuted every significant campaign promise he made to the voters in his home state within days after winning re-election in 2014.]

If youâ€™ve lost track, youâ€™re not alone and surely that is part of the plan. The TPP is a massive 3,000 page (full text here) â€œtradeâ€ deal between twelve Pacific Rim counties from Vietnam to Canada and points in between.

In truth, it is less of a trade deal than it is an agreement crafted by trans-national corporations, corporate lobbyists, and global bureaucrats that seeks to homogenize business practices and laws. Only five of its twenty nine chapters concern trade at all.

As this author wrote in June, 2015, just prior to the Republican-led Congress unwisely granting the President so-called â€œfast trackâ€ authority to present the treaty for an â€œup or downâ€ vote without the possibility of amendments:

â€œThe rest of the document is an intricate construction of regulations, corporate rights and the transfer of national sovereignty [to corporate interests in many cases] that covers almost every aspect of economic life you can imagine between the twelve countries; investment banking and retail banking, food regulations, farming regulations, livestock importations, drug regulation, internet regulation, and the list goes on and on.â€

As bad as that seemed prior to public access to the treaty, they may not be the worst aspects of TPP now that the full text is public. TPP raises serious concerns about protections under our Constitution and the Bill of Rights; immigration, free speech, copyright law, the right to petition for grievances, the Second Amendment, and a host of similar issues. If Constitutional rights are yielded to arbitration or conflict with a treaty, will they fall outside of legal recourse?

[As a prelude to these concerns about investor-state disputes, Congress already had to change federal law this year when the U.S. lost a World Trade Organization ruling that conflicted with existing federal legislation requiring â€œcountry of originâ€ labeling on meat products.]

It is not too much to say that the U.S. Constitution and our unique national calling to human liberty is in the balance. Between TPP and the Trans-Atlantic Trade and Investment Partnership (TTIP) with Europe, which hopefully is in trouble, our constitutional system cannot survive.

One will rise and one will fall.

Regardless of Leader McConnellâ€™s remarks today, citizens will need to keep a sharp eye on the Speaker of the House, Paul Ryan (R-WI). Speaker Ryan is a full-throated supporter of TPP, as he is with anything that is labeled â€œfree trade,â€ irrespective of how it actually works. This is in the tradition of the last twenty years where far too many in the â€œconservative movementâ€ have become very good at smoke and mirror politics, and not so good at advancing actual conservatism.

The â€œfree tradeâ€ deals beginning with NAFTA in 1993 demonstrate how real conservatism has now been largely subsumed into a political process, run by donors and corporate bigwigs, and its ideas reduced to sound bites instead of principled, effective policy proposals and hard legislative work.

Donald J. Trumpâ€™s success in the primary cycle where he alone challenged the conventional wisdom on NAFTA and TPP, and his building success in the general election are directly linked to the issues of the overall economy, unregulated immigration and these so-called free trade deals – which combined with our insane corporate taxation policies and regulations, have driven nearly 60,000 American businesses off-shore in the last 15 years.

Even more concerning, these trade deals have given even longer legs to the trans-national business model that rejects national sovereignty and individual rights in favor of a global order that gives corporations, bureaucrats and dictators virtually unchecked power.

Citizens will have a full fall keeping up, but they dare not turn their back between now and the New Year. A lot is at stake.

Ricky sat on the lip of the ridge looking down into the gloomy shadows of trees and brush merging with the darkness and snow.

Michael, thank you for your contributions to this website. This is a rather diverse group… some of whom are not much more than GOP Establishment stoodges. But you never fail to deliver the ugly reality and possibilities for the US should the Uni Party not be somehow stopped.

Gus noticed that Mary had set a tie out for him to wear.

From an interview with Prof. Dave Collum.

“The Republican Party I knew as a kid doesnâ€™t exist today, which makes me a moderate libertarian instead.”

“People are now mad, and it shows in the chaotic election.”

“Now I am relatively outspoken because I sense existential risk in the American Experiment.”

Approval of the bipartisan trade legislation through both Houses of Congress last July included a re-authorization of Trade Promotion Authority (TPA), this â€œfast-trackâ€ authority affords expedited consideration of international trade legislation through Congress and PRECLUDES any amendments. That enactment of TPA in the House and Senate may have been the game, as it enabled the Obama Administration to successfully conclude negotiations on TPP. NO fast tracked trade legislation has every failed to be enacted by Congress, EVER.

Paul Ryan will control the timing and vote process on this bill not Mitch McConnell as I realize you understand therefore anything committed to or not by the Senate leader is very, very questionable regarding any outcome. Ryan has been to the WH twice for small group meetings with Obama on the budget lately and it seems unlikely that this trade vote passage issue hasn’t come up. It boils down to can you trust the Republican House Speaker to follow a post election plan for consideration when he is fully aware the odds will be impacted regarding passage success by doing so or instead Obama’s and his trade deal supporter’s lead signaling that they would prefer the deal be considered for final passage toward the end of the year during the â€œlame duckâ€ session of Congress in November.

If Ryan can find a path I would bet he will push to see the vote taken this year, maybe not in the dead of night like Obamacare, but certainly quietly and covertly out of the public eye as much as possible. I have always viewed his priorities as economic globalism, Republicanism and the American worker and voter in that order. He will do everything he can to push this horrible piece of trade legislation over the finish line against all opposition.

As usual, your contributions are as good or in the case of that insipid Michael Parkyn better than the actual authors here.

I do take issue with Ryan’s priorities though…

The communist American, globalist blood sucker CEO’s, Wall St. donor class bastards, have the entire US government in their pocket.

They manufacture overseas, have call centers overseas, headquarter overseas, and keep their money overseas.
The only thing they do in the US, is hide their sorry asses behind the courts, police, and military, and pawn their communist junk in government subsidized superstores. These sorry bastards control a corrupt media which they own, and a corrupt government which their also own via their checkbook carrying lobbyists.

Thank you, Michael for providing some basic insights to these complex subjects that usually make our eyes glaze over. Maybe things would be different if there were more legislators of integrity and understanding like Dave Brat (VA-07).

Dave Brat, according to Virginia’s Conservative Voice, Bearing Drift, is the worst Congressman ever… EVER!!! He knocked out their meal ticket, Sleaze Bag Eric Cantor, so they are rightfully upset.

Bravo, Wild & Crazy. I’m right there with you in my county.