In the 2017 House of Delegate races, the candidates spent a total of $39 million.Â  Half of that money was spent in the 15 districts that flipped from Republican to Democrat giving the Republicans a razor-thin majority, 51 to 49.Â  The Virginian-Pilot online shows how this money was spent: 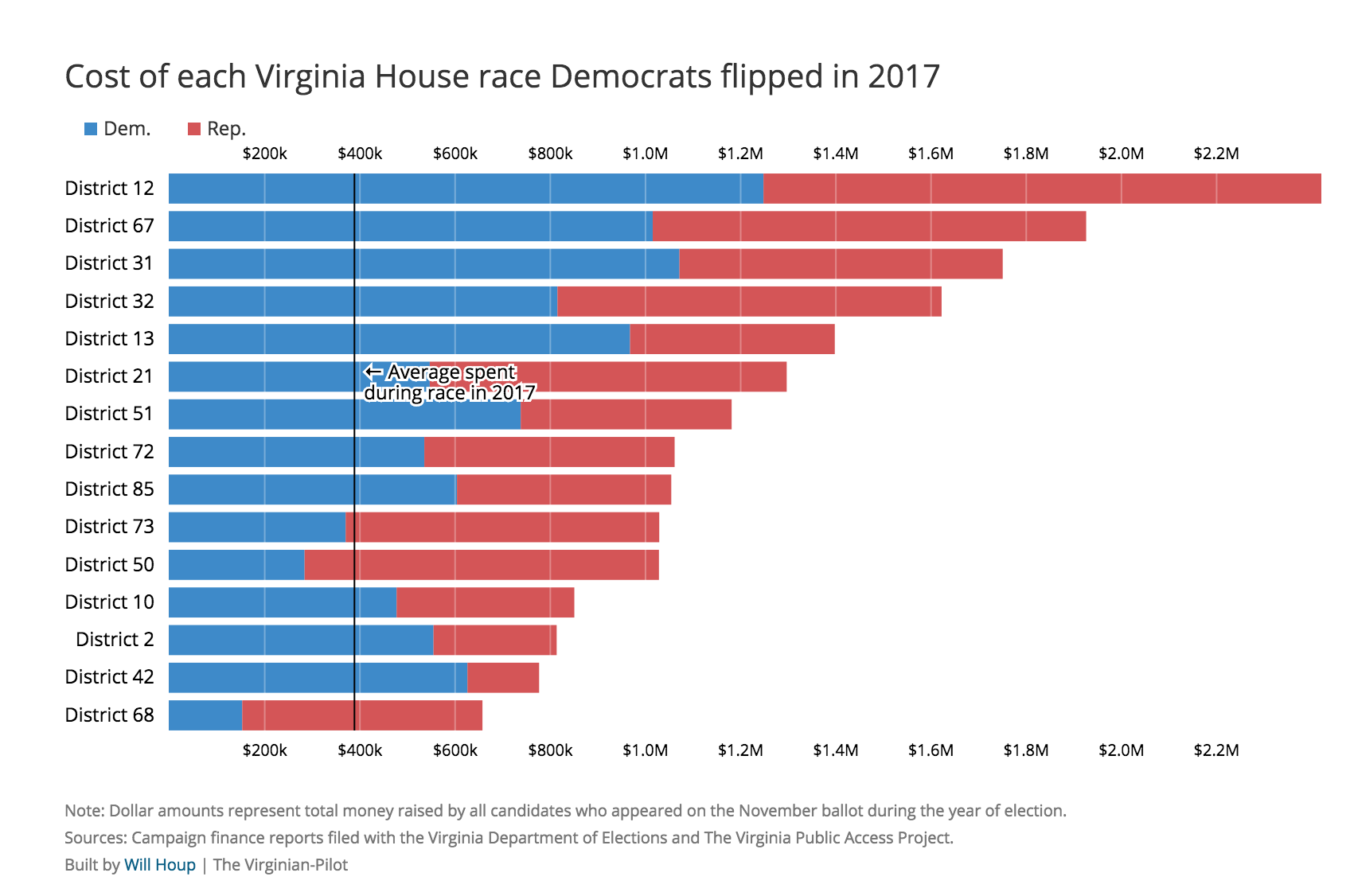 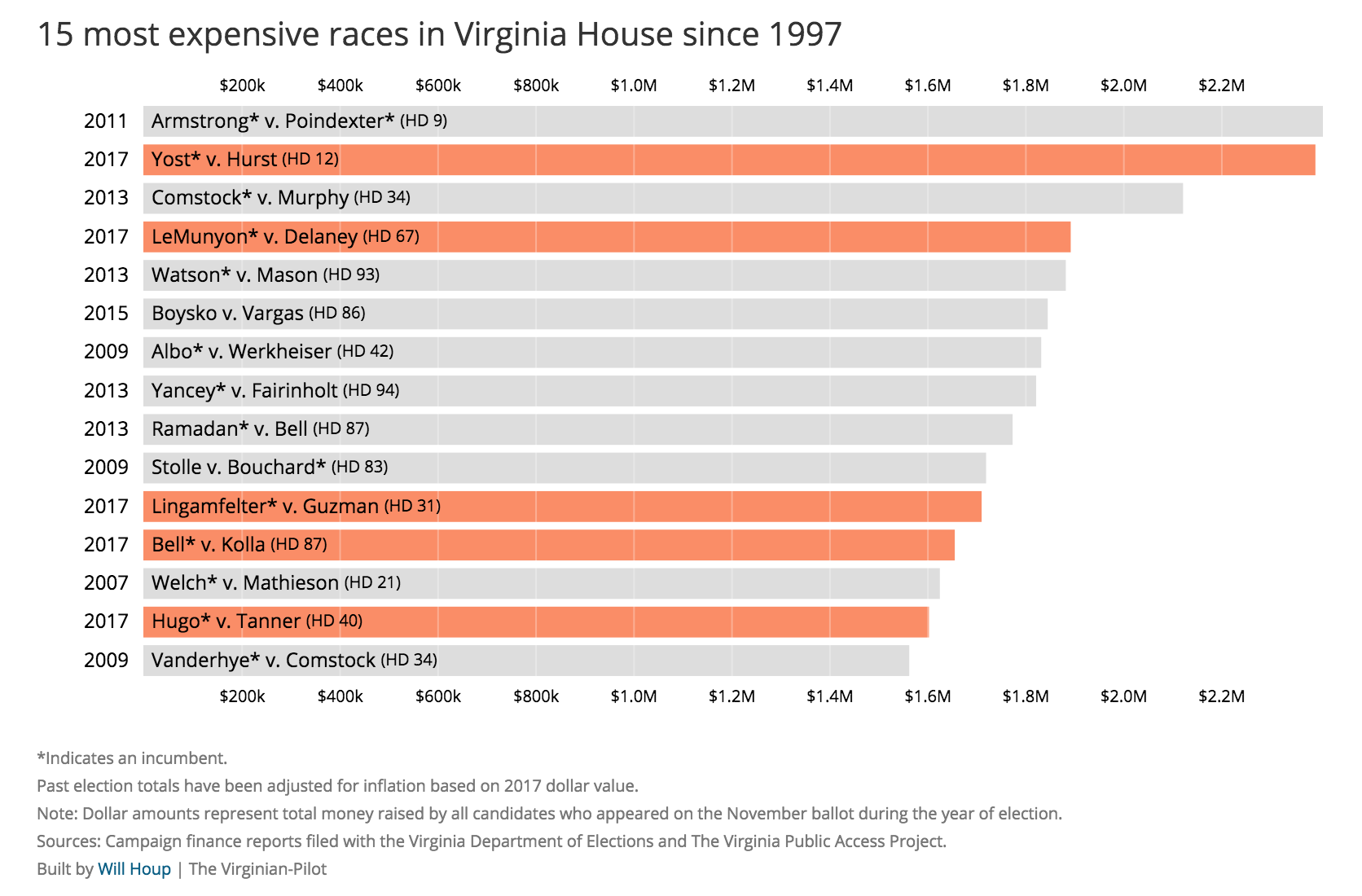 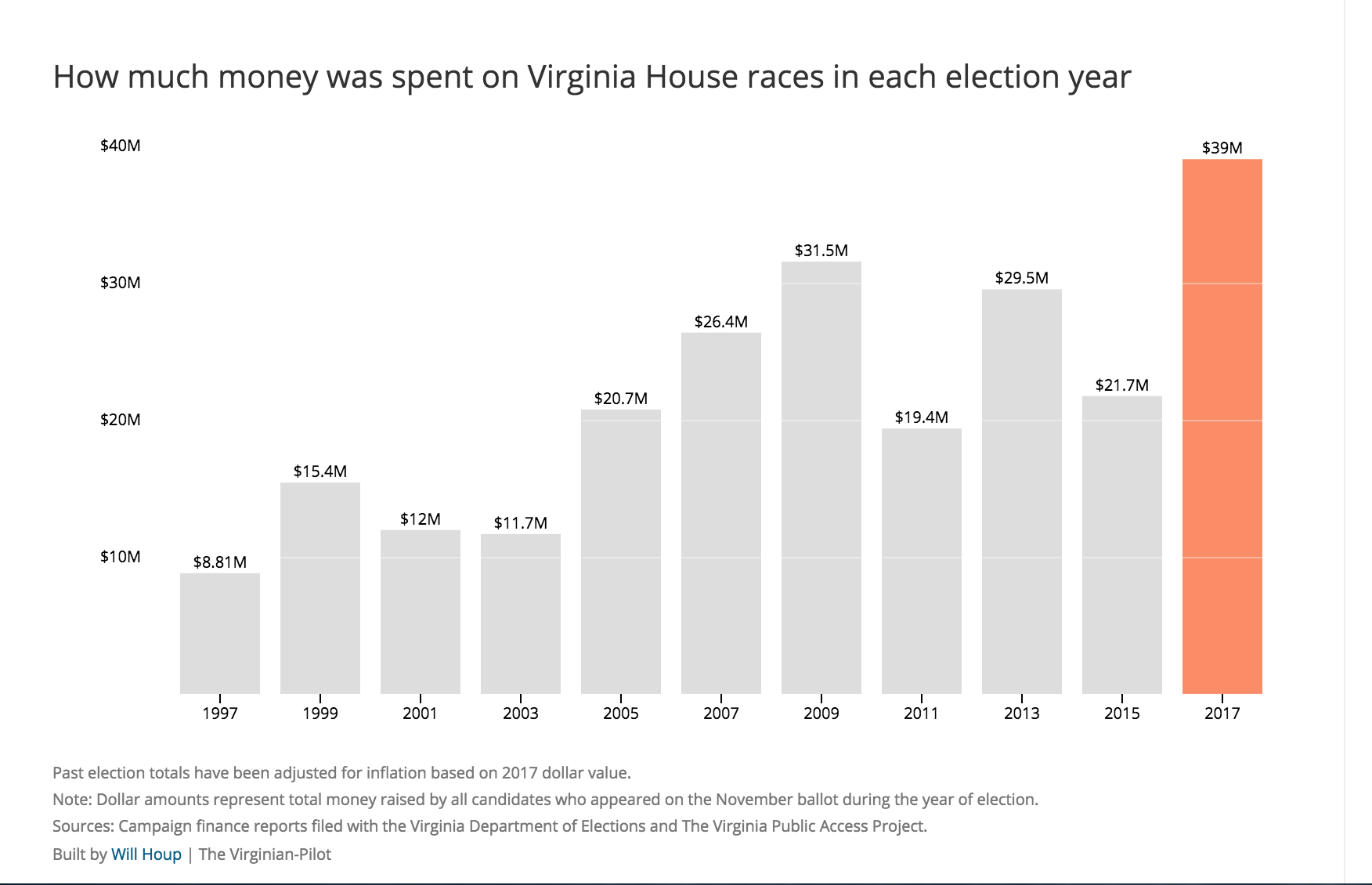 Republicans working for the various campaigns in Newport News and Hampton are all unpaid volunteers. The democrats are all being paid..
Why ??
Where is the money to pay the democrats coming from??
What is going on here ??

Money did not lose the election for you. Trump did. And he is speaking tonight!! I wonder if we will hear about the 30% of Puerto Rican US citizens who are still without power?? Probably not, I suppose…