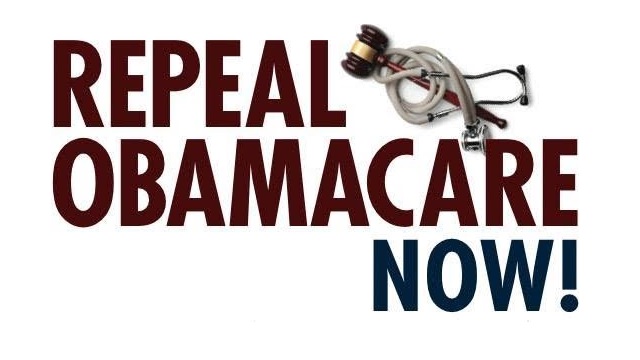 We all heard the promises that resonated the airwaves back in 2010. “You can keep your doctor.” “Your premium will go down an average of $2,500 per family.” And because my family consisted of six children, we could have easily been duped to think our savings would have been more. But our family knew better than to trust the democratic president and the democrat house leader, who admitted to not even know what was in the bill.

Without one single Republican vote, the federal government and the democrats took over what some estimate to be 1/7th of the US economy.

Within a couple of years of Obamacare, my family received a letter from our insurance company telling us our plan was ‘out of government compliance’ and would therefore be cancelled. We lost our coverage. We lost our doctor. Our premiums increased.

But more importantly than the math, was the promise. The fundamental promise of our generation is to lower the size and scope of government. And when those running for Congress promised to do just that, we elected them!

Repealing ObamaCare is the moral test of our time. And those currently in Washington have failed the test. Now, we’ve been duped, by our own party.

Senator Rand Paul (R-KY) said it best in a March 2017 rally when he accused the “weak kneed” members of the Republican Party, “They are afraid to lead with freedom and capitalism.”

All we want is more America and less Washington.

We don’t want politicians who spend their entire adult life in and around the swamp. When you do that, you become a creature of the swamp. Your motivation and point of view changes. For example, members of the swamp are no longer worried about their own health care, because they opted themselves out of Obamacare. Members of the swamp don’t worry about the people’s problems, they become fixated about which chairmanship positions and subcommittee assignments they will receive. This translates to being more concerned about Power than Liberty.

When the original promises of the democratic party of the grandeur of Obamacare were pledged, those who wanted freedom knew this was a failed solution.

But what we didn’t know, was the Republican pledge to repeal Obamacare would also fail. We have been duped again. But NO MORE!

For those who need the help, try this:

Begun and held at the City of Washington on Wednesday,
the twelfth day of July, two thousand and seventeen

Entitled Repeal of the Patient Protection and Affordable Care Act.

There is no Part B.

To believe that healthcare was free market before Obamacare, or will be after Obamacare is complete ignorance. The Republicans have promised over and over to give us affordable healthcare. We all heard the promises resonate in 2016. Where is it?

Let’s see how the Republicans can get 50 Senators to vote for their plan. Why? Because of the Republicans that have literally fallen head over heals in love with expanded Medicaid. That’s why.

Shark Hills story is not at all unusual. I have family members who have been hit by Obamacare both in the costs noted in this article but also by loss of coverage as the insurance collapses. It is a very evil program intended to buy votes at the expense of American workers. The republican leaders in the Congress better deal with this evil and quickly – or face the ire of constituents who voted for them. At least repeal this evil and then take the time to work out a freer system without the interference of government.

The democrats will always scream and even find some examples of how Obamacare worked. Just get on with it and the sooner the better.

Obamacare was always a transfer of wealth from the working middle class to the welfare class. Essentially, those who work lost coverage and those who didn’t gained coverage. As Churchill once said “socialism is the equal sharing of the misery”. Time to repeal this socialistic disaster and give capitalism the chance to prove itself without government interference.

Whenever you post in opposition, you confirm for me the truth of my assessment.

it is truly idiotic to believe that wealth is being siphoned from the middle to the poor despite the blatant fact that the poor are staying poor. No, wealth is going to the rich who are getting richer. Don’t be a tool for the Man! Wake up! the 1% control you.

The opiod epidemic is now being traced to Obamacare. Obamacare is not only expensive and destructive for those who work but deadly to people who can manipulate the insurance to pay for opioids. See the Blaze for further info.

Thank you. Pass to others!