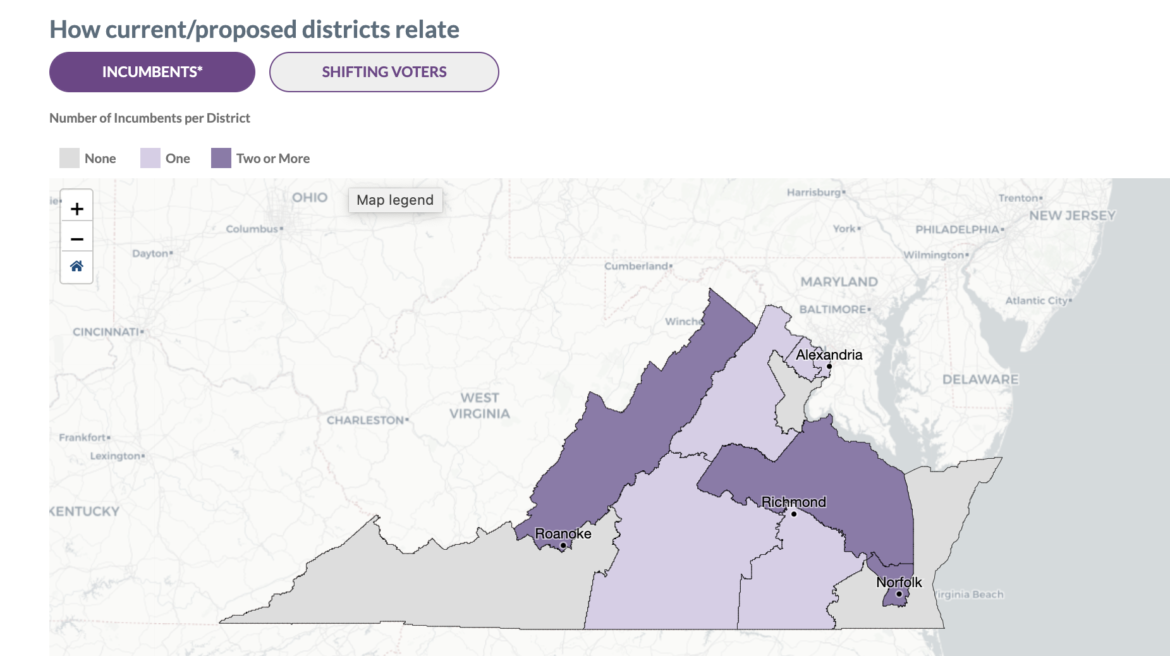 VPAP.org has maps of the proposed voting districts with partisan breakdowns here.

But VPAPâ€™s analysis suggests the new state House map would become a little more favorable for Republicans. Under the current map, 53 favor Democrats, 39 lean Republican and eight are toss-ups, VPAP found. The proposal would make 50 tilt blue and 40 lean red, leaving 10 up for grabs.

As for the state Senate maps, VPAP found that the proposed maps would do little to upset the partisan tilt of the closely divided chamber, which Democrats currently control 21 to 19.

Princetonâ€™s analysis suggests a Senate with 24 seats favoring Democrats and 16 tilted Republican, but finds three of the seats competitive.

We are winning the 10th come November is all I can tell you! If you look at the precincts for which ones voted for Youngkin, the New 7th can be won by a beautiful vibrant lively individual we have in Prince William County Board of Supervisors for the Coles district Mrs Yelsi Vega.

T-Mac carried the new 7th by 8 points. The 10th is the only competitive district and that only during a Red wave year.

Relook at the precincts that Youngkin won and you will come up with wildly different numbers.

That has nothing to do with the posted VPAP analysis or the WP article. If you have such an analysis please post a linkâ€¦. if you can get through the TBE spam filter that isâ€¦ smhâ€¦

BTW, if you compare the old districts to the new districts using 2021, I suspect you will find basically the same swings to the Left. That is pretty much inescapable. The final outcomes will depend on whether it is a Blue wave or Red wave year with Blue having the advantage typically.