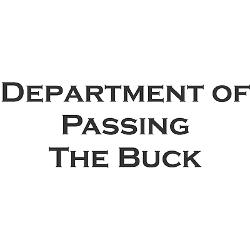 I posted this information to protect the Tea Party, whose intellectual property was in serious question of being compromised.

Apparently, someone else in the CTP sent out Haley’s email in the CTP’s template without the Chairman’s knowledge.

I am sorry for being one of the many confused people who read the Chesapeake Tea Party’s email today and I apologize for trying to protect the Tea Party. I’ve learned my lesson.

Notice what wasn’t in there: an apology to Bill Haley, or a retraction.

More details surrounding this scandal have come to light.

Below is the ‘smoking gun’; the email that the Chesapeake TEA Party sent out right after the initial Haley email. Notice the time stamp on it; it was sent in the middle of the day, about 5 hours before Kirwin libeled Bill Haley. Apparently, Kirwin can only read some emails but not others:

Apparently, Kirwin’s company counts Cosgrove as a client, according to VPAP:

If we’re talking about disclosures, shouldn’t Kirwin disclose this choice bit of information in his little attack piece?

Other sources in Chesapeake have caught the Virginia Beach-based Kirwin snooping around this race:

Kirwin is showing up Chesapeake council meetings and Chesapeake Republican committee meetings. Kirwin is VA Beach not Chesapeake so he’s down there for a reason.

Further, Kirwin has a history of bullying TEA Party organizations in the region on behalf of his client Cosgrove. One source in the TEA Party, who did not wish to be identified for fear of being bullied by Bearing Drift, had this to say:

Also everytime the tea party here sends anything advertising haley they get beatin into submission and have to send out a hostage note saying they didjtn mean it. [sic]

Bearing Drift is really out to get the Tea Party and Haley. Bullies.

Earlier this year, something eerily similar happened with another TEA Party group:

Still think Kirwin is out to ‘protect’ the TEA Party? Or perhaps just a CYA after a botched hit job?

Apparently, the Chesapeake TEA Party was also surprised by Kirwin’s attack on Haley, selectively using the organization to do so:

Bill Haley’s campaign has weighed in on the controversy:

CHESAPEAKE, Va. – The Bill Haley For Senate campaign would like to respond to outrageous and knowingly false claims of illegality by the campaign made today by Brian Kirwin, a Virginia Beach area political consultant, in the Bearing Drift political blog. Mr. Kirwin claimed that the Haley campaign fraudulently represented itself as an established and well-known political group, and endorsed itself as that group in an email.

If Mr. Kirwin had taken a few seconds to read the email, he would’ve seen that it was indeed actually from the local political group, which forwarded an email sent out previously by the Haley Campaign. A simple phone call or email to the Haley campaign asking about the email in question would’ve also sufficed. A follow up email by the group sent out prior to the publishing of Mr. Kirwin’s article cleared up any question of who sent the email. Unfortunately, Mr. Kirwin took it upon himself to print a story with serious allegations of criminal wrongdoing by the Haley Campaign, allegations that were both knowably false and malicious in intent by Mr. Kirwin.

The smallest cursory investigation of the facts would’ve revealed the truth that the email did not come from the campaign, just like it would also reveal John Cosgrove’s record of voting for record tax hikes and doubling the Virginia Budget while in office.

We do, however, agree with Bearing Drift that this race bears closer scrutiny, especially given the extraordinary differences in policy positions and records of the two candidates. We are not surprised that Bearing Drift has launched into an outrageous and unwarranted attack on Mr. Haley. That seems to happen more often than not when one of their big government, tax and spend favorites faces a legitimate threat from a conservative on the right. We expect entities to put up outrageous smokescreens in an attempt to hide their friend’s glaring vulnerabilities on policy and record. In this particular instance, however, we demand an apology and a retraction from Mr. Kirwin and Bearing Drift for what can only be described as intentional journalistic malpractice.

Bill Haley is a principled Constitutional Conservative who believes in limited government and the rule of law. He and his wife, Ruth, have been married for 25 years and they have three daughters attending college. Bill has worked in sales for a Fortune 50 subsidiary for over 20 years, and his website can be found at www.BillHaleyForSenate.com.

The fact is, between the Towne Bank scandal and the slating scandal from last year, suddenly the politics of Hampton Roads looks incredibly corrupt and cronyistic. Kirwin’s actions, while vile and repulsive, may be only a symptom of the larger problems in the region. The Cosgrove campaign should fire Kirwin and make clear it wants no part of this ‘den of villany and scum’.

Anyone who has met Bill Haley knows that he is a straight shooter, a good man who would discharge his duties honestly and without the apparent corruption endemic to the region. A donation to him at www.billhaleyforsenate.com would send a powerful message about this mess.

Anyone who knows Bill Haley would know that something was a-miss when a statement comes out claiming that Bill intentionally, fraudulently use a Tea Party site further his campaign, simply a stunt such as that is not with-in the man’s ability. Bill is a genuine, honest broker and certainly one of the good guys. I guess we are going to have to live by the words, “Believe half of what you hear and none of what you read.”