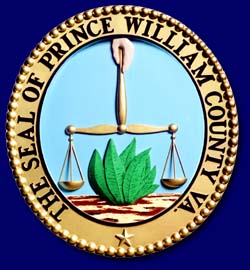 More on The Chaos In Prince William County

According to the Washington Post, Prince William County Republican Chairman Bill Card’s mistake of not getting primary requests to the state prior to the deadline could cost several Republican incumbents on the Board of Supervisors their positions. The Republican Party in Prince William County may be faced with a having a party run process, either a convention or a firehouse primary, also called a canvass.[read_more]

The mistake could make board of supervisors chairman Corey A. Stewart (R) and four Republican colleagues more vulnerable to lesser-known challengers, who could pack a caucus or firehouse canvass with enough supporters to stage an upset victory.

Chairman of the Board, Corey Stewart, is perhaps the most upset,

“We’re kind of out of luck, even though it wasn’t our fault,” Stewart said, adding that he and the other supervisors — Jeanine Lawson (Brentsville), Martin E. Nohe (Coles), Maureen Caddigan (Potomac) and Peter Candland (Gainesville) — expressed their anger to the party committee.

“With all the other dysfunction and lack of vision in the Republican Party, this just adds to it,” Stewart said, referring to feuding between tea party activists and moderates that has drawn concern from prominent national Republicans. “A special nomination process run by the party would be a disaster.”

By that Chairman Stewart means he could lose the nomination if he is not granted a primary.

A spokesman for Bill Card, chairman of the county GOP, said the county electoral board has a legal ground to pursue primary elections. But others said such a move could make the primary results susceptible to a court challenge because of the missed deadline.

The state Board of Elections has never permitted a primary when the deadline for filing was missed.

Two of the five Republicans, Jeanine Lawson and Pete Candland, have no Republican opposition but the other three incumbents do have challengers. That could change later this month when the party will decide on their candidates for nomination. Now that there won’t be a primary, there could be more candidates coming forward to challenge the incumbents, particularly Chairman Stewart.

The mess in Prince William county is one more piece of evidence that the Incumbent Protection Law has to go.

More on The Chaos In Prince William County was last modified: March 11th, 2015 by Jeanine Martin

How is this in any way an indictment of the current law?

If incumbents didn’t have a choice, this wouldn’t be an issue. duh.

Why not keep the pressure on Fairfax county elections?

Proudly, I have now been blocked by BD! I guess they do not allow real Conservatives, only Republican’s.