The final numbers are in from this weekend’s 6th District Convention, and it was a major victory for TBE writer and 6th District Vice Chairman John Massoud. Congratulations Chairman Massoud!  John’s team won 10 of the 11 races on the ballot and flipped the results in numerous Units which Jennifer Brown won in 2018.  Among these were:

Roanoke County – the home of former Congressman Bob Goodlatte (who endorsed Brown in the week prior to the convention) went 70-30 for Brown in 2018 – went nearly 2-1 for Team Massoud in 2020.

On the ballot Saturday was the Chairman’s race, races for 3 regional Vice Chairs, State Central, and National Delegate/Presidential Elector.

The final weighted numbers for Chair, Vice Chairs, and State Central are below:

It looks like the vitriol which the 6th Congressional District has become famous for is actually starting to end.  Both sides are seeming to mend fences.   The incoming Chair issued a statement on social media late Saturday evening, congratulating each winner, and saying that sore winners would not be tolerated.  Jennifer Brown was gracious in defeat, congratulating  John Massoud both publicly on social media and in person at the convention.  Brown has promised to stay active and involved. 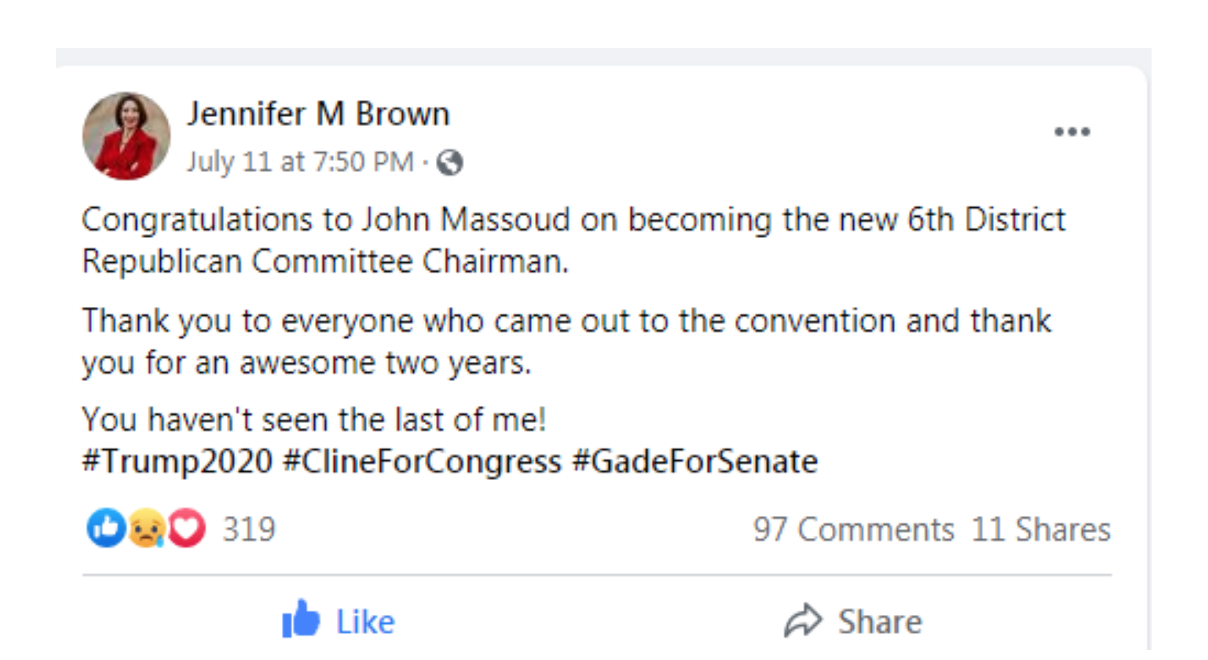 Massoud for his part, was equally gracious, and issued the following statement: 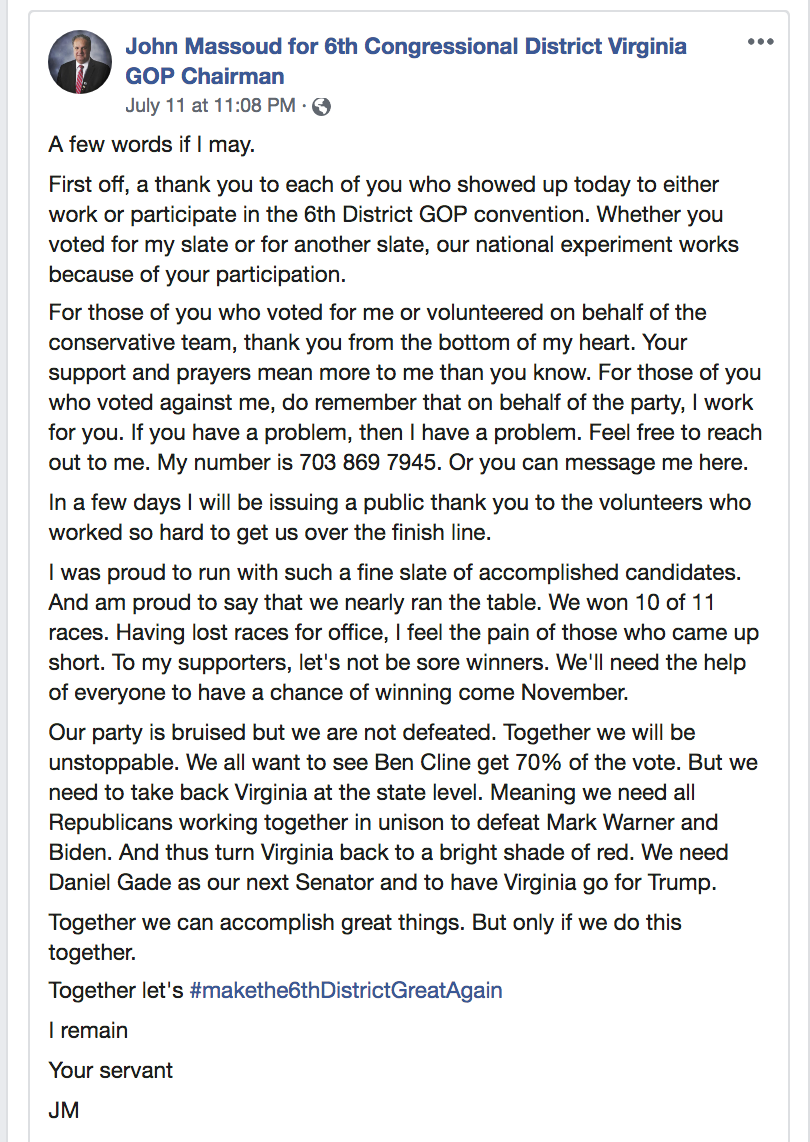 Could real change be coming to the 6th Congressional District, which has been so dysfunctional for much of the past 10 years?  No one knows quite yet, but so far things are off to a good start.