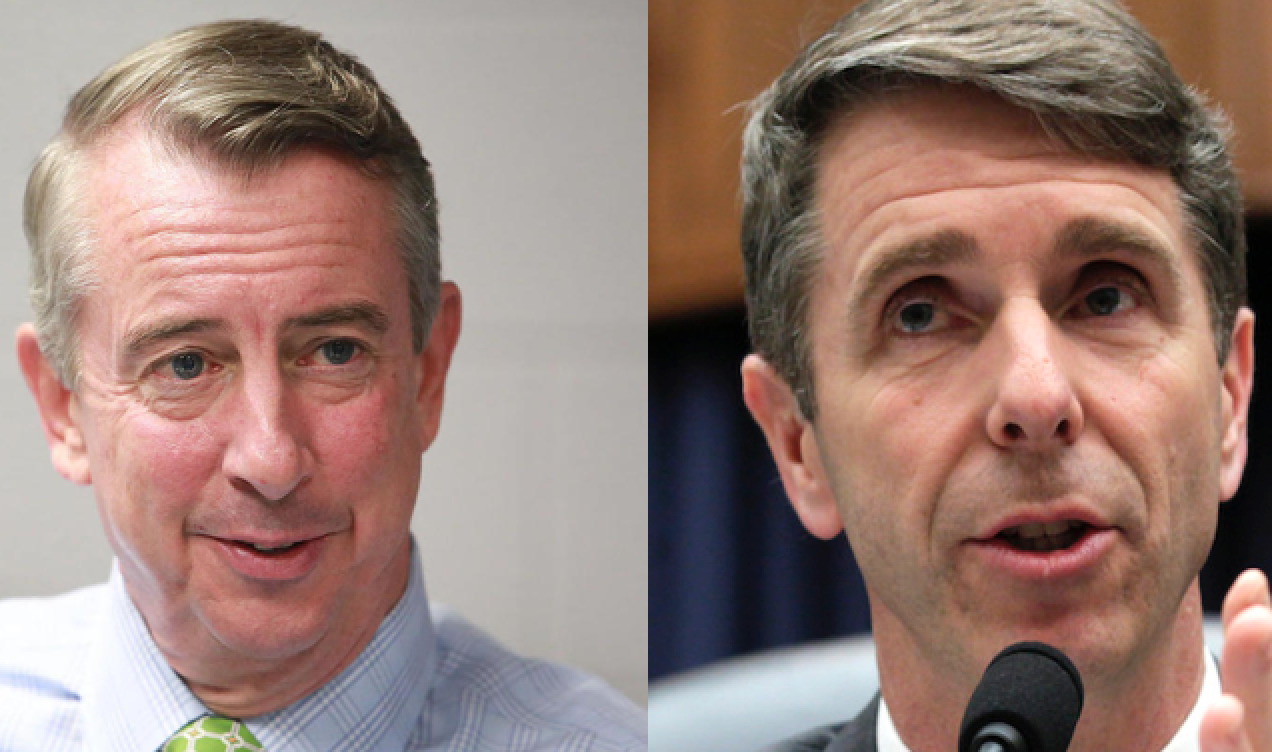 As you know, I’m always right…

I made two key assumptions:

1. The nomination will be decided via a convention, not a primary.
2. Ken Cuccinelli will not run for governor. If he does, the odds change dramatically – in his favor.

The Republican establishment views him as their best hope to win a statewide election after five losses in a row. As a result, they employed “shock and awe” during the days leading up to the RPV Advance, releasing a massive who’s-who list of big name endorsements in Virginia.

Republican House and Senate leadership want to “clear the field” by making his nomination appear inevitable and scaring other competitors away.

That juggernaut strategy failed miserably this weekend, because at least four other candidates emerged as serious contenders at the Advance in Hot Springs. Not exactly what the Gillespie brain trust had in mind.

But Gillespie has inherent strengths that bode well in his nomination quest.

First, he’s been around the block once, and I believe he really liked the convention process. He’s a tireless worker, and he can raise a boatload of cash.

Second, I’m convinced he truly believes he’s the knight on the white horse that can deliver Virginia Republicans out of their statewide wilderness. Where his maiden campaign for U.S. Senate was somewhat quixotic and cautious, his race for governor will be rooted in his vision to reshape the state party in his image. I envision a bolder platform of reform and a much better command of the issues.

Third, his wife Cathy is a significant asset in an 18-month long nominating convention slog. She brings warmth and charm where the candidate can often convey the distant aloofness of a lifelong lobbyist. And she’s at his side.

Gillespie’s forces failed to clear the field. Now they have to figure out how to win – or come close to winning — on the first convention ballot.

Multiple ballots put Gillespie at risk with 15,000 raucous delegates at a long drawn out Richmond convention extending well into the night.

U.S. Rep. Rob Wittman (R-VA/1) is the most underestimated political figure in Virginia. As chairman of the House sub-committee for military readiness, Wittman is a key leader in the nation’s war and troop deployment effort. He holds a doctorate degree, he’s served in the general assembly and he won a hotly contested convention to get to Washington.

Most recently, Wittman has broke with his leadership on key votes in order to brandish his conservative credentials with the grassroots activists who will decide the GOP convention nominees.

Much to the chagrin of Gillespie, Wittman and his team deftly stole the show, hijacked the mainstream media headlines and then captured the cocktail party buzz by adroitly engineering a “soft launch” of his gubernatorial campaign.

Let me be blunt: Wittman is scary smart.

His pathway to victory is cogent and concise: be everybody’s second choice, recruit enough delegates to survive the first ballot, make a great speech on the floor, deny Gillespie a first ballot victory and watch his ascension in succeeding ballots. As the night drags on, he’ll look more and more like the guy who can beat Ralph Northam.

A solid 4:1 and a great bet if you want to throw out the chalk.

He may be right.

Snyder’s entrance in the race throws the whole thing wide open. He’s the wildcard the party leaders don’t want. Sure they love Snyder for his ability to raise money for the RPV and for his tireless campaign service, but they’d rather just pat him on the head than have him challenge their anointed one for governor.

In a time when disaffected Republicans distrust their entrenched political leadership and yearn for something else, Snyder is a dangerous candidate because he bridges multiple gaps.

His conservative credentials are unquestioned, yet he’s acceptable to the Bill Bolling- Chamber of Commerce wing of the party.

He’s an outsider, an entrepreneur and a proven job creator, very popular with the grass roots, yet the Party brass sees him as one of their own.

Who else in this field can woo the stuffy bank boardroom crowd while also firing up throngs of young college kids at the local beer hall?

It’s a potent dynamic that, quite frankly, no one else has.  He’s a marketing genius.

He can raise money too. Lots of it. And he’s been to this rodeo before. I doubt he’ll make the same mistakes twice. That makes him formidable.

If you have any doubt about the potency of a Snyder for governor candidacy, see Matt Blevins, Kentucky.  Count him out at your own risk.

No, he’s not running for Lt. governor.

All this guy does is win landslide elections as a conservative in Northern Virginia.

Fresh off another impressive re-election victory as Chairman of the Prince William County Board of Supervisors (BOS), Corey Stewart is a force to be reckoned with.

He carried majority-minority precincts in his county with eye-popping 57 percent margins, and he’s now the only Republican mayor or BOS chairman in Northern Virginia.

Like Snyder, he went through the convention battle for LG in 2013, finishing third.  Like Snyder and Gillespie, albeit to a lesser degree, he can raise enough money to compete.

Stewart was just named Donald J. Trump Virginia campaign chairman. This gives him juice with all the Trump enthusiasts who will remember him for stepping up for their guy.

If Trump becomes President he’ll likely endorse Stewart and campaign for him in Virginia – contested nominating battle or not.

Charismatic, energetic, fearless and focused, State Sen. Tom Garrett (R-Goochland) is a dark horse not to be dismissed. Plus, he has the best sense of humor of the five candidates – which he’ll need to stay competitive in this race.

Garrett is an unabashed conservative who can go toe to toe with the party establishment and not bat an eye. He’s tough as nails.

He’ll rely on a burgeoning grass roots volunteer network to stave off first ballot elimination at the convention. He’s the one candidate who could repeat E.W. Jackson’s 2013 magic and catch lightening in a bottle. With 15,000 surly convention delegates going late into the night in the civic armpit of the world (Richmond Convention Center, better known locally as “the big dump”), anything can happen.

Note: If Ken Cuccinelli runs for governor, he would be the favorite at 2:1. Whether he’s electable or not is moot. This is a convention. And he’s Ken Cuccinelli. Enough said.

Friendly reminder that John Fredericks has a history of underestimating Ed Gillespie – pretty sure he said last year that Senate nominee Gillespie wouldn’t get as many votes in the general as EW Jackson did. But I don’t need to remind anyone how that turned out.

Looks like a good field. Wittman, Snyder, and Garret look good to me. Stewart isn’t too bad. Wasn’t there word about some shenanigans with him at the 2013 convention though? What happened with all that?

Right now Wittman has my preference, being a fellow Hokie and a successful Congressmen. Garret and Snyder would be tied for second.

Will an article be posted soon for the Lt. Governor’s race?

Excellent, I look forward to reading it.

I liked them all until those analogies. Thanks a pile.