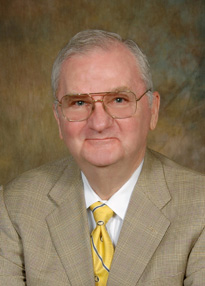 Morton Blackwell on Possible Rules Changes at the Convention

We know that some delegates to the National Convention want a change of rules that would allow delegates to ‘vote their conscience’.  They would not be bound on the first ballot, or any ballot. Curly Haugland, a national committeeman from North Dakota, is leading the charge,

“The delegates in 2016 are free birds,” Haugland told TheBlaze in an interview. “Whether they know it or not, they’ve been lied to. I’ll confess to knowing that the staff of the Republican Party in Washington has lied repeatedly to the media and to the candidates themselves as well as to the delegates about the binding, and they continue to do it. I can’t explain why they do that; I guess they just like to lie.”

“The simple question is: do the primaries choose the party’s nominee or do the delegates to the convention choose the nominee? It’s one or the other; it can’t be both.”

“I’m on the side of the convention delegates because I’m a member of the Republican Party from the state of North Dakota,” Haugland said. “I’m a delegate to the convention. Our duty and our responsibility as delegates is to protect and defend the right of the party and its members to choose the nominee of its party for the national race.”

He added, “That right does not belong to the general public, it doesn’t belong to independent or unaffiliated voters or Democrats in many of the states that have open primaries. It belongs solely to Republicans.”

“(Haugland) doesn’t seem to recognize that there are specific provisions in the rules about the binding of delegates.”

He’s a friend of mine, but he makes this claim repeatedly, and he doesn’t get support of the members of the RNC Standing Committee on Rules,” Blackwell said. “I don’t think it’s going to be enormously confusing. It’s possible to get publicity for saying such a thing, because it would be intriguing if it was valid — but it’s not valid.”

There are, I know, a lot of others who were Cruz supporters who agree with me that it would be wrong to change the rules at the end of the process and know that if we did change the rules, it would split the party horribly,” he said. “So where would the support come from to get a majority either on the convention Rules Committee or on the floor of the convention to make such a change?”

Now we know that Morton Blackwell will not support a rules change and it seems most delegates will agree with him.