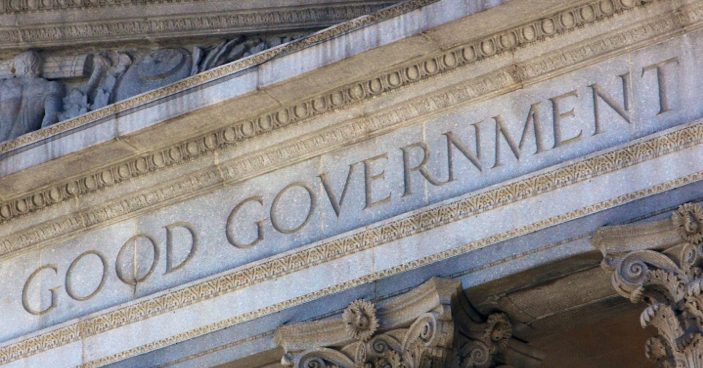 Despite all the reasons why Virginia Republicans were tossed out of office in quite the spectacular fashion last night, we must come together in the coming days to recommit to a set of principles sufficient and necessary for uniting and rebuilding the Republican Party of Virginia. For too long, we Republicans have depended upon the moody voting habits of Democrat voters. Republicans win when Democrats stay home and lose when they show up at the polls. We are the Not-Democrat Party. What we need to become is a party of ideas.

Now, I understand why we’re not a party of ideas to date. We’re a very big tent comprised of disaffected Southern Democrats and populists from the Rust Belt, libertarians looking for influence in national and state politics, social conservatives, advocates for small business, advocates for big business, Wall Street aficionados, cigar smoke-filled backroom dealers, constitutionalistists, conservatives, abolitionists and traditional Republicans of the Party of Lincoln. We don’t agree on very much.

Our response to the lack of unity in the Republican Party, oddly, has never resulted in answering the question, “What do we all agree on?” Instead, we simply fight our civil wars and depend on the Democrats to make themselves unelectable. Maybe we ought to reconsider our strategy.

I think we ought to begin with two words: Good Government. Instead of fighting battles against electorally significant majorities, we would be more successful accepting conditions unfavorable to ideologies popular within our own party, cut our losses when we’re in a minority, and focus on positive, popular policies. Our arguments should not be predicated on partisanship, but rather upon a particular policy’s track-record elsewhere. We need to show that X, Y, or Z was effective in Texas, or Maine, or South Carolina and make arguments for why we believe that similar policies would be effective here. This would work perfectly with tax reform. If we are competing with North Carolina, Tennessee, West Virginia, Maryland, and Pennsylvania for new businesses, then we need to have a competitive tax-structure. This has nothing to do with political ideology, just common sense.

Secondly, I think we need to adopt another two words: Responsible Government. While a certain amount of debt is important for securing the credit of the United States of America, too much debt is unhealthy. Fiscal responsibility encourages us to keep our deficits low. We never should have been talking about tax cuts at the national level. We should have been talking about tax reform. Now, the Democrats will always oppose tax reform, because they believe that only the very rich should be responsible for funding a massive federal government, but their math is utterly inept and they’ll never be able to take enough wealth from the wealthy to fund all the hand outs they desire. We need to be the fiscally responsible ones and parse our rhetoric in language appropriate to that end.

Finally, we need to support effective government. The efficacy of our policies should be constantly evaluated. Is program X accomplishing what it was intended to accomplish? No? Then we need to consider repeal or reform. Yes? Maybe we should invest more money in that program and expand it. Again, this doesn’t require partisan rhetoric, just common sense.

We can’t be against the government while we attempt to be the party that governs. While the philosophy of small government is predicated upon the best wisdom of human experience, in a Republic, where voters elect their representatives and where the people are constantly seeking advantages from the public purse, our rhetoric matters. We need to take a more realistic approach to pursuing smaller government. Ron Paul (Doctor NO) enjoyed great popularity for his principled limited-government positions, but he never enjoyed much success. There is a lesson there. We should listen.

While many of us are angry about the results of last night’s election, it would behoove us to focus on positive alternatives to present dilemmas. TBE Staff will be posting our post mortems soon – and it is important to do so. However, we must focus on what it is we can accomplish in the future, instead of lamenting what we didn’t do in the past.