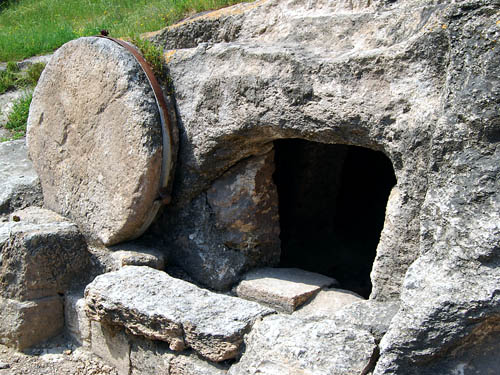 Moving the Stone of Our Heart

Brussels, like Paris before it, and Madrid, London and dozens of other cities before them, reveals to us once again the deep darkness waiting in the human heart.

The Islamic terrorists are satanic and terrifying, inflicting death with such cruelty and barbarity that it drives us to examine our own hearts, as we grapple with our responsibility to protect innocent life and deter evil.

This barbarity seems new to us. We think our time is uniquely wicked and chaotic; our decisions more difficult and complicated than any prior generation. Then again our parents thought their time was, as well, as did their own parents before them. This is the inescapable history of humans left to their own devices.

But every spring we are reminded that there is order just beyond our human grasp. God’s plan is what philosophers and poets always claim we want even as we toil with discord, cruelty and debauchery.

The Feast of the Passover and the Holy Week of Easter sit like great stone obelisk’s towering over humanity’s barren plain; marking the sure path where no other seems reliable or obvious. They confirm God’s faithfulness when we can least believe it, and they proclaim God’s plan at work while we can’t see anything but death. They are the everlasting symbols reminding us that God calls us to something far beyond our constrained physical world, trapped by our five senses.

Passover is the celebration of God’s faithfulness to the captive Jewish nation in the Exodus from Egypt; that He would deliver them from the death that the great Pharaoh promised. The blood of a sacrificed lamb was smeared above each Jewish door to save their first born from the death that sweep through the land, after which God laid open the most improbable pathway for their liberation.

For Christians, more than a thousand years later, Easter stands as the great liberation of all mankind from the sting of death, as Christ died a sacrificial death – like the lamb of the Exodus – to protect all who have His name engraved above the door of their hearts. And the deliverance of the people was insured when He rose from the grave, moving its great stone seal, and defying death, and taking His place as our Messiah and our God.

In a moment when the world seems to be coming apart at the seams, where up is down, and where common humanity, decency and common sense are driven from the public life – spring comes. Once more, in the middle of the barren plains of humanity, the passion of God to liberate and save His people, to reconcile and adopt His children, is clear for all to see, if they have eyes.

I do not presume to know God’s mind for the revival of His people or this land, or even if that will come. But I do know that He calls those people who belong to Him, to be his hands, feet, and voice in our communities, our nation, and the world. To be Truth-bearers.

I’m increasingly struck every time I read Jesus’ own words in the Gospels. He had fierce words for a wayward world – not soft words. They were clear, bold, and often so sharp they cut the air into which they were spoken.

Is this how He has modeled Himself to us for such a time as this?

Every time we fail to place Him in the center of events, or use a weak word when a stern one is needed; every time we use an obfuscation instead of a bold truth; and every time we miss the opportunity to share the good news of eternal life and salvation – have we failed in our mission, and ourselves?

This spring, rolling the stone away from our own hearts was never more urgent.

Moving the Stone of Our Heart was last modified: March 24th, 2016 by Michael Giere

Amen!! thank you such a lovely piece. god Bless you.

God should have been capitalized. Sorry.