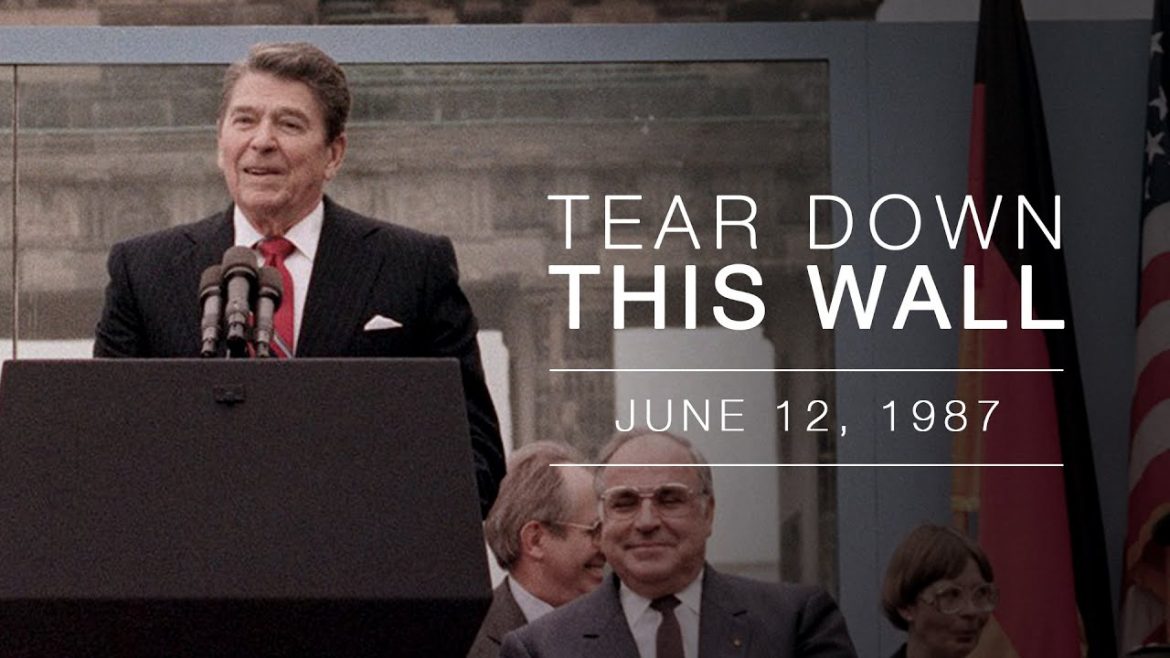 Mr. Northam, Tear Down This Wall

On March 12th, our Governor declared a state of emergency in the Commonwealth of Virginia in response to the COVID-19 pandemic. This was a moment of opportunity for him to model the best in executive leadership.

Instead, Virginia families and businesses have labored for months under the unconstitutional and intrusive “orders” of a Governor who neither understands his role nor respects his legal limitations as chief executive of our Commonwealth.

In effect, he has built an authoritarian wall without the consent of the governed and which separates our citizens from life, liberty, and the pursuit of happiness.

Mr. Northam, tear down this wall.

In pursuit of political power, this politician has imposed unconstitutional edicts, quarantined millions of healthy citizens, deprived them of their civil and human liberties, shuttered thousands of small businesses, put hundreds of thousands of Virginians out of work, placed our once-thriving state economy on life support, and lowered our quality of life. While I believe that we should take prudent and reasonable precautions to preclude the spread of coronavirus infections, there is no justification for quarantining the Constitution.

Mr. Northam’s directives have been premised on ill-planned, ill-executed, one-size-fits-all policies based on faulty models that make little accommodation for differing regional circumstances in our diverse and once-thriving Commonwealth. And by neglecting his constitutional and legal responsibilities for the public safety of Virginians during violent protests across our state, he has permitted untold thousands of people to congregate with passing impunity in public places and flaunt his stay-at-home orders. By his neglect, this Governor has in effect reopened our Commonwealth and in practicality rescinded his Executive “Orders” that levy stay-at-home and face-covering edicts.

For months, I have been publicly calling for action in the form of peaceful and nonviolent civil disobedience, lawsuits in pursuit of the rule of law, and U. S. Department of Justice intervention to reclaim the civil liberties that have been deprived by this Governor.

And so, Mr. Northam, tear down this wall.

The time for action is now, and I’m proud that liberty-loving Virginians today introduced a lawsuit to challenge this Governor who knows little of governing.

Virginia State Delegate David A. LaRock (R-33rd) has in recent weeks led efforts to challenge the unconstitutionality of these gubernatorial restraints on liberty, all enabled by the willing and unlawful cooperation of the Commissioner of the Virginia Department of Health—who has acted without action by the Virginia Board of Health, the involvement by the General Assembly, or the consent of the governed.

In short, two men have independently, singlehandedly, and without constitutional authority imposed a devastating shutdown of our state economy, deprived 700,000 Virginians of their livelihoods, destroyed businesses, hampered the free exercise of religious liberty, and engaged in de facto voter suppression by preventing and delaying state, district, and local committees in conducting selection processes for their public and party officials.

Representing several aggrieved citizens—and in effect 8.5 million Virginians deprived of their liberty—is Virginia State Senator J. Chapman Petersen (D-34th) in an exercise of truly bipartisan leadership with Delegate LaRock. During my eight years in the General Assembly, I co-chaired the Ben Franklin Liberty Caucus with Senator Petersen, who shared my passion and devotion for protecting the liberty of our fellow citizens from the long arm of intrusive government.

The sad corollary to today’s events is that members of our General Assembly have had to engage in legal and political battle in bipartisan fashion to counter the unconstitutional actions by a partisan Governor. This is a fight that should have been fought by an energized and engaged Republican Party of Virginia (RPV), but which has been sidelined by ineffective, timid, and tepid leaders who many Virginia Republicans call the RPV Surrender Caucus.

Make no mistake: Now is the time for action. Now is the time to put our shoulders to the wheel of liberty and engage as we’ve never engaged before. Now is the time to defeat these autocratic politicians who no longer have the best interests of our state as their first priority. And if elected as RPV Chair, I pledge every degree of mind, spirit, and energy that I possess to leading our party in a unified fight to restore constitutional government to our state. Because It’s Time to Win Again.

Mr. Northam, may you and future Governors never forget the foolhardy exercise of governing as an authoritarian in a state whose seal and flag depict Libertas standing over the body of a defeated tyrant.

Mr. Northam, tear down this wall.