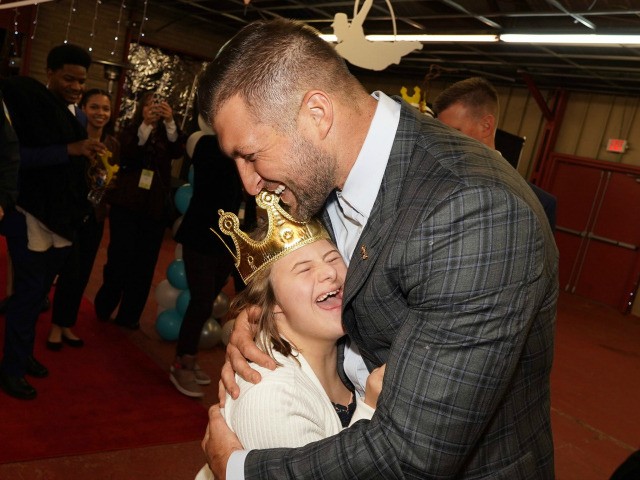 â€œIt is because you are special, and there is a great purpose for your life.â€

While the attention of the national media elites and the political class this week is trained on the shindig in Hollywood for the Academy Awards, there was another nationwide and international celebration that was mostly ignored by the major news complex.

Tim Tebow, the former college and NFL quarterback, commentator and Christian champion, spearheaded the 2020 â€œNight to Shineâ€ on Friday, February 7th, that provided an extraordinary â€prom nightâ€ for over 100,000 special needs children in all fifty states and thirty-one countries.

Watching the reaction and joy of these special needs kids and their exceptional evening of being loved and treated as the unique gifts from God that they are, make it harder than usual to take the self-importance and self-indulgence of Hollywood seriously.

This years special Night to Shine was planned and executed by 215,000 volunteers, and over 720 churches provided their space and support or received grants to help participate by The Tim Tebow Foundation.

Mr. Tebow explained the passion for the Night to Shine, â€œWe have decided to go out of our way to make the biggest, the most special night of the year for people with special needs because theyâ€™re worth it and theyâ€™re special.â€ In its sixth year, the Night to Shine event has had explosive growth, even though it has had very little other than local media coverage.

For the 2020 event kick-off, Mr. Tebow told the tens of thousands of attendees, â€œI want you to know that tonight is all about you. The red carpet, the balloons, the celebration â€” it is just for you.â€

You can see some of the reactions here and here, and a YouTube video from a prior year here.

While the Academy Awards has turned incredibly boring in recent years, what with its in-your-face vulgarity and politicization, the videos and vignettes from the Night to Shine remind us that of the best about us comes from helping the weakest among us.

With all of this in mind, and since weâ€™re handing out awards this month, both in Washington (a well-deserved honor to Rush Limbaugh!) and Oscars in Hollywood to primarily a bunch of phonies, Iâ€™d propose to the President of the United States that he make one more special award in February; honor Tim Tebow with the Presidential Medal of Freedom.

The criteria for the Medal are for “…especially meritorious contribution to the security or national interests of the United States, world peace, cultural or other significant public or private endeavors.”

Mr. Tebow has tread where few of us can or would. He reminds us of how vast the love of God is. He makes our culture measurably better, our hearts more tender for our weakness, and our spirits more thankful for the joys of life we take for granted.