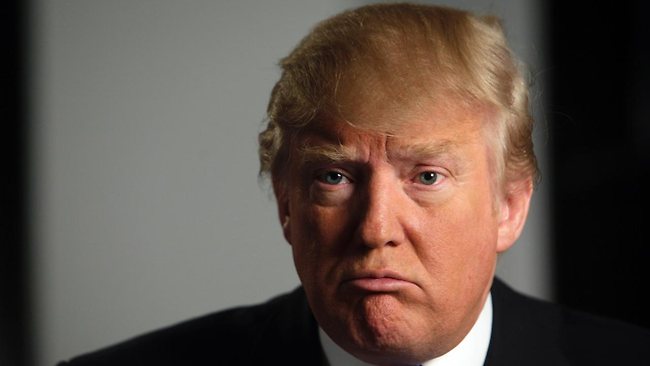 Mr. President, you don’t win midterm elections without keeping your political base intact

“To go to court would have taken a long time.  So you could do exactly what you’re saying, but take the guns first, go through due process second.”

That was President Donald Trump at the White House on Feb. 28, outlining a proposal to skip going to court when determining if an individual, deemed mentally ill in some other capacity, is denied access to firearms purchases.

Let’s leave aside the politics for a moment, which are perilous for the President’s party, the Republicans, in November.

For those left scratching their heads wondering who would deem a person, legally, mentally ill such that that person would then be added to the FBI’s federal gun database barring gun purchases, without due process and court involvement, you’re not the only one.

Not only does the Fifth Amendment state that no person can be denied liberty without due process of law, including all of the rights stipulated in the Bill of Rights, which includes the Second Amendment individual right to keep and bear arms, if a court is not to be the venue to adjudicate some form of mental incapacity, what other would there be?

Local police perhaps? Certainly there are sheriffs across the country responsible for blocking gun licenses on far more arbitrary grounds. But even there, they’d hardly be qualified to issue a mental health diagnosis.

Doctors, then? If medical records, particularly mental health records, were no longer legally confidential, and subjected to federal databases — which might not be secure — there would be a perverse incentive for those mentally ill to not seek treatment, for fear of being discriminated against, not only on gun purchases, but also professionally and personally if the information were to get out into the open. The doctors themselves might not wish to divulge the information to keep their patients’ confidence — and business.

The fact is, without a violent or felonious criminal background, a mere trip the psychiatrist’s office or even an anti-depressant prescription will most likely never be a disqualifying criterium for purchasing a firearm. In the case of Nikolas Cruz in Broward County, Florida, if he had been arrested and convicted all the times the cops were called on him, he might have been disqualified from firearms purchases under existing law and received necessary interventions that could have prevented his bloody rampage.

So, it is hard to see how practical the President’s proposal really is. Compelling doctors to furnish medical records of individuals who have not committed a crime to federal authorities is going to be a really tough sell, not just in Congress, but in the courts.

And then there’s the politics. Trump ran on a platform where he promised to protect law-abiding gun owners from just this sort of end-run around the Fifth Amendment and due process protections. He signed a law that repealed an Obama era regulation that did much the same for individuals with certain mental disorders who had collected disability and required assistance in applying for it.

Gun-owners were a significant part of the coalition that elected Trump in the first place. And in 2018, if they stay home — as they are most likely to do if anything resembling what he spoke of passes — Republicans run a significant risk of being politically devastated in the midterms. Why?

These proposals dispirit the President’s Republican base. They are a form of voter suppression. Midterms are already fraught with peril for presidents. Incumbent parties rarely win them. One thing’s for certain, though, you don’t win midterm elections by suppressing your own vote. Which is potentially what Trump is doing here.

Adding fuel to the fire, Trump has just signed a budget deal that significantly increases both defense and non-defense spending by $296 billion over the next two years.  This could result in a $1 trillion deficit being reported when the fiscal year ends on Sept. 30, right in time for the midterm elections.

Fiscal conservatives, already disappointed with the $20 trillion deficit, have little to support with the debt once again exploding, with Republicans in charge. Again, all that is needed for Democrats to do extremely well in November is for their turnout to be up and Republican turnout to be depressed.

Then there is President Trump’s call to increase the federal gasoline tax from 18.4 cents a gallon to reportedly 43.4 cents a gallon, the largest gas tax increase in American history since 1983. This is said to almost completely offset the tax cuts for average Americans that just got enacted into law and come at a time when fuel prices are once again starting to rise.

Trump ran on tax cuts, and so supporters will rightly be disappointed and maybe even dismayed by this new development.

Finally, there is the Deferred Action on Childhood Arrivals, which Trump is now embracing via legislation and is even willing to grant citizenship to not only the 800,000 who were part of the program, but another million who were eligible but did not participate. He spoke about it prominently in the State of the Union Address. Trump ran against DACA, and while he has supported such a deal in exchange for an end to chain migration, the visa lottery and building the wall, no such proposal has passed Congress.

To offset losses among conservatives in the coalition, Republicans will have to pick up votes elsewhere, but that will be difficult, since Democrats are already all fired up to vote in November after losing the House, Senate and White House in 2016. It is possible that less conservative Republicans will turn out to vote in exchange for conservatives who stay home, but to win Trump and the GOP Congress really need both to turn out. Or that by going to the left, somehow Republicans pick up Democrats. But that is far less likely.

Acrimonious losses politically in midterms also can portend badly for presidential reelections should they engender a significant primary challenge. By exposing his flank, President Trump could face a primary challenge from the right in 2020, weakening his chances of being reelected, and endangering the entire enterprise.

That is why Trump needs to reverse course. You don’t win midterms by ceding ground to the other side. Historically, you win them by getting the other side to cede ground to you.

That’s what Republicans did in 2002 when they picked up seats with Democrats supporting the Iraq War.

Presidents, few and far in between, who overcome the midterm jinx — where the White House incumbent party tends to lose House seats in midterm elections 89 percent of the time dating back a century, with losses averaging 35 seats, and tend to lose Senate seats about 71 percent of the time, with losses averaging about 6 seats — do so by making serious inroads and changing public opinion on an issue or issues, compelling the other side to cave. Trump, so far, appears to be doing the opposite. His approach has helped unify Democrats, and splinter Republicans.

Not all is doom and gloom, of course. The President’s tax cut plan is popular. And conservatives do have a lot to cheer in the areas of deregulation. Trump left the economy-killing Paris Climate accord. Trump got Neil Gorsuch on the Supreme Court and other constitutionalists onto lower federal courts. More broadly, the President’s electoral coalition in the rust belt that supported his trade policies, Republican and Democrat alike, should be cheered by the scrapping of the Trans-Pacific Partnership and the renegotiation of NAFTA. On balance, the President has a pretty conservative record in terms of the things he has actually done.

But that could change.

In other words, although there is cause for concern, it is not too late for Trump to flip the script on the midterms. But the way he will do that is by keeping his side united, and forcing the other side to move in his direction. With the House, Senate and White House, he has the advantage to set the agenda in Congress. He needs to do that this year.

Considering the longer odds against picking up seats in the midterms, he could benefit by being more aggressive to get more conservative policy wins out of Congress. The upcoming omnibus spending bill could provide such an opportunity to achieve major policy objectives like the southern border wall he ran on. Force the other side to defund Planned Parenthood. Make them take a tough vote on trade policy. Stuff like that.

In the meantime, the President needs to assure his supporters concerned about his stances on guns and immigration that he is not capitulating. At the end of the day, they will remember what he did more so than what he has said. But once he has a record and signs bills into law, those are set in stone.

To succeed this year and moving forward, President Trump needs to keep his political base intact — and add to it.  Trump needs to persuade the American people that his side is right, and his coalition will grow. He will not accomplish that by telling his side that they are wrong.

The Democrats are the cultural and monetary elitists in America. The Republican base are the occasionally united forces who run against them. Occasionally being the operative word because as you can tell in our discussion boards, we fight with each other a lot.

One could say we fight with each other or one could say we don’t support one another.
I say the latter and it is not because issues that get some elected *are cast aside* , it is because of the insincerity out of the gate as a candidate.
As Republicans have sat their fat cat butts on the fence while rolling in the profits from illegal immigration they have only came into work to pass a tax cuts.
I think it is time for the ones who have supported Republicans wholeheartedly for the past two decades and been called racist , nativist to hop up on that fence and watch yes watch just as they have for two decades.

NO ONE WILL TAKE MY FIREARMS , I lost them already
(don’t know where or how) but for 20 years the same ploitical hack who warns us of the boogeyman government gives illegal aliens American jobs.
Trump has painted himself into a corner;
He did not end DACA on day one as he promised. He can’t now the political ramifications will be devastating , the energetic Democrats would capitalize.
If he doesn’t will broken promises continue.