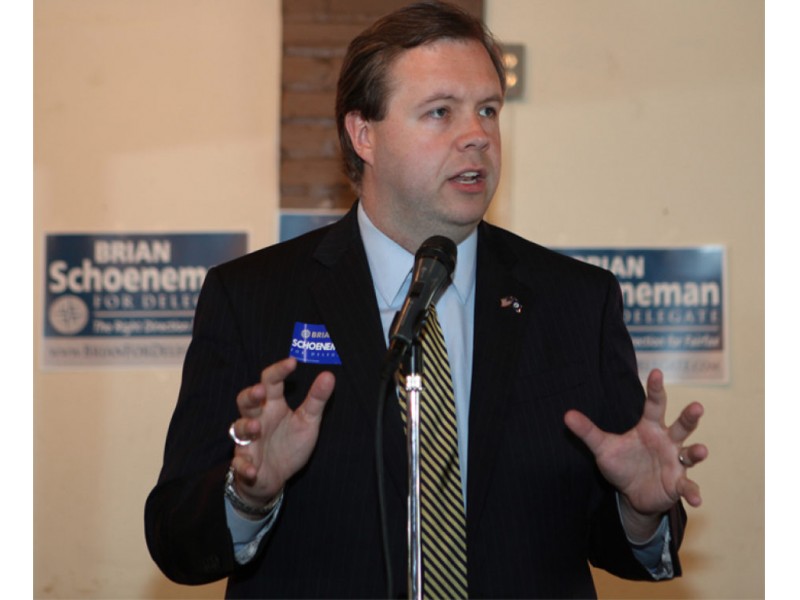 This is a follow on to the article published this morning, to understand the context please read:

On the Virginia Beach Republicans Facebook page he left the following comment:[read_more]

I took one check from a union – my employer. It was $5k, and that was less than 1/4 of what I raised. He’s included money from friends I work with and my boss as union money. I don’t make $330k a year – I wish I did. He’s using the entire total that my guys spend on lobbying, which includes all our staff, three lobbyists and our expenses and assuming that’s my salary. The PLA stuff doesn’t make any sense to me because I can’t recall ever taking a public position on PLAs and the Board has nothing to do with PLAs. I’m not aware of any PLAs in Fairfax – that’s something MWAA did, not us. My guys are maritime. They’re supporting me because they’re my friends, not because they expect anything. That’s just ridiculous.

A response to Mr. Schoeneman’s critiques:

I accept Brian at his word that there are multiple lobbyists for SIU paid from the $330,000.  Had it been obvious that this was the case* I would not have published the earnings amount as I do believe he is entitled to some privacy on this issue, unless the information was already out there.  Because I believe in this privacy I will presume his compensation to be a mere $100,000.00 which he is free to refute.

Sources of donations that I counted as union funds:

The President of the SIU gave $500

This is union money.

If Mr. Schoeneman wants to claim it was only one quarter of what he raised came from unions than he can share the individual donor information as well in a non-public manner.

Regarding PLA’s in Fairfax

Letter to MWAA from the Fairfax Board

Letter to MWAA from the Fairfax Board

Acknowledgment by Supervisor Herrity that the Fairfax Board had power to stop a PLA, but did not exercise that power

A PLA was also used for the hotlanes

The issue of PLA’s will come up.

Mr. Schoeneman is free to contact me for clarifications and corrections.  A comment on a local facebook page for an area of the state where neither of us live is not the most effective way to engage and if there is a factual error it can take me a long time to correct it.  Not as long as Rolling Stone…

*According to Mr. Schoeneman his salary is less than $330,000 and the $330,000 figure represents compensation for three lobbyists and expenses.  As I went to publish I utilized the following database do determine the amount spent on Mr. Schoeneman to provide lobbying services: http://soprweb.senate.gov/index.cfm?event=selectfields

This database, although it has every registered federal lobbyist tied to a particular organization, does not list those lobbyists names.  Instead it lists the organization that spent the money and how much it was.  If you search for Schoeneman in the database you get $330,000.00 in 2014.  If you look at OpenSecrets (an unofficial database) for 2014 where they gather information directly from the lobbyist filings and publish more than we can access through the Senate’s online system you can find the following information:  https://www.opensecrets.org/lobby/clientlbs.php?id=D000000145&year=

When looking at the three entities, Open Secrets gathered the names of more than one lobbyist for one of the three entities lobbying on behalf of the SIU.  This makes it logical to conclude that if there were more lobbyists for the SIU they would be listed, but they were not.

Based on this information I came to an incorrect conclusion and have adjusted the article.