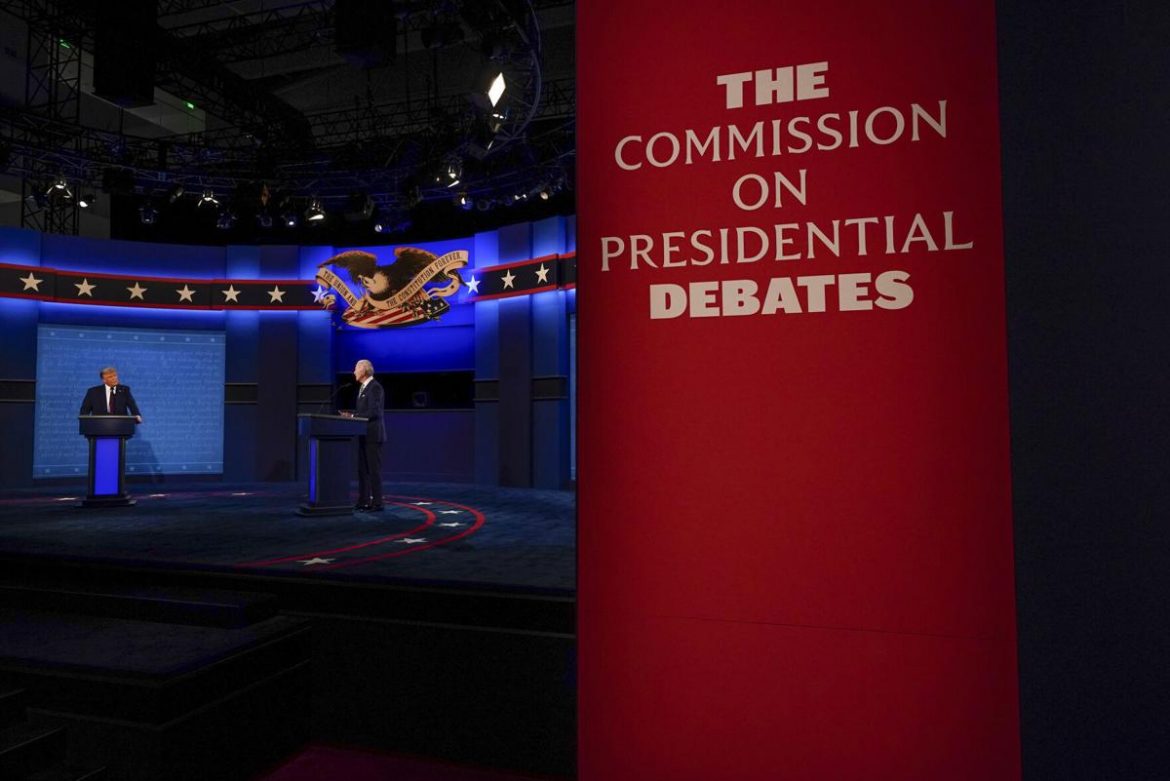 “The national media complex – corrupt and widowed from integrity – has taken the country to a new low.”

I had very low expectations for last night’s debate in Cleveland, Ohio. My guess was that President Donald J. Trump would be Trump and that the hapless former Vice-President, Joe Biden, would be a shell of this former languid self.

What I did not calculate was that the debate format, and the moderator, Chris Wallace from Fox News, would be so incredibly flawed, ill-prepared, and intent on egging on a pattern that couldn’t produce information, just contention.

Chris Wallace essentially became the pyromaniac at the firework factory.

Debates have been in trouble for many decades, of course. Interestingly the decline in the format, quality, and value of modern debates, of almost any kind, mirrors the collapse of the national media and entertainment complex, at least since the Watergate era.

That’s the delineation point where the national news media, already very liberal, took a significant turn to activism. Journalism schools dumped all pretense of the historical norms – standards of ethical inquiry and fact-finding – and replaced them with sensationalism, prurience, and “got ‘ya” reporting with a uber-radical perspective.

Like a California forest fire sweeping away everything in its path, in two generations, we have what effectively is a media-entertainment complex that wants to drive policy and politics, not report on it. They have assumed the role not of reporters of the news, but men and women hell-bound to make the news in their own image.

Modern debate formats reflect this transformation into the chaos of presenting useful information. Some of us who went to debate class can remember where the actual intent was to examine an idea or a question. One speaker was allowed a block of minutes to present their general defense or criticism. Then the opposing party was given the same amount of time to state his or her position. This would be followed by each debater given time to criticize or examine the opposing view. It could be explosive and hard-hitting, but generally produced a coherent process for examination of ideas.

Now, as last night demonstrated, we’ve devolved into mud fights. Mr. Wallace started the evening with “got ‘ya” questions. They weren’t statements of grand purposes, such as where we go as a nation in a post-pandemic world? There were no critical questions, such as, how do we confront the Chinese on their deliberate release of the Wuhan virus across the globe? Or, how do we fix our FBI and intelligence agencies that have gone off the rails and have been found working directly against the Constitutional order? Perhaps, how we go forward providing security to the American people against a handful of monopolies that seem intent on managing thought and speech? There is no shortage of crucial questions.

Nope. Mr. Wallace started and joined the debate with contentious questions designed not to inform anyone on what President Trump or former Vice-President Biden actually wanted to do in the next four years, but with a stupid question of why the President nominated Judge Amy Coney Barrett to the Supreme Court. (Hint to Chris, because he has the Constitutional power to do so.)

From there, the so-called debate was led by the arsonist Wallace to burn down the set. The national media complex – corrupt and widowed from integrity – has taken the country to a new low.

For their respective parts, I’m not sure what President Trump or Mr. Biden could do but attempt to defend or attack, depending on Mr. Wallace’s clear intention to show the nation who was really in charge – the corrupt media complex.

Perhaps we can’t bring back the Lincoln-Douglas debates. Maybe not even the Kennedy-Nixon debates. But surely we can have some intelligent format of blocked time that examines issues and ideas.

I know, that’s just crazy me thinking out loud.