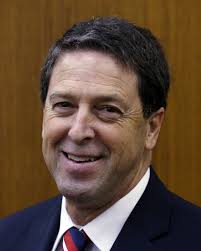 The Metropolitan Washington Airports Authority, (MWAA), has been called many things including “an unconstitutional Frankenstein monster” by constitutional lawyers and there is ample evidence that it is a growing threat to the interests of the local community.[read_more] Originally formed to manage two federal airports, Dulles and Reagan National, MWAA is subject to little outside control.

Loudoun commuters pay tolls which are funding the MWAA-controlled Silver Line expansion that the same commuters may never choose to use. Unless something changes, Loudoun taxpayers will pay significantly higher taxes and suffer from deteriorating traffic conditions as MWAA barges into the private commercial and residential real estate development business on Dulles airport property.

Before being elected to serve as Delegate to the 33rd District, I worked closely with members of the community to bring forward information about the real costs and impact of extending the Silver Line into Loudoun. As MWAA prepares to act in a way that will impact Loudoun residents financially and otherwise, I am recruiting the support of elected officials to oppose MWAA’s effort to engage in non-aviation commercial and residential development on federally-owned land at Dulles Airport.

Last week I sent a letter to all supervisors, constitutional officers, state delegates and senators who represent Loudoun residents. This letter explained how MWAA has worked to change the rules to allow them to market and develop federal land for non-aviation-related purposes, a proposition concealed from the public as Loudoun supervisors contemplated and subsequently agreed to  partnering on the Silver Line extension into Loudoun, a project of considerable cost. This development would put MWAA in direct competition with private businesses and taxpayers. Now that taxpayersand toll payers are on the hook to fund the airport metro station, they have added tremendous value to MWAA’s undeveloped property. In exchange, MWAA is seeking to capitalize on its property values at the further expense of the Loudoun taxpayer.

This new development on MWAA-controlled property would not be subject to Loudoun County’s zoning, would not generate any proffers for transportation, schools, or other public services, and would not pay a full share of property taxes. As a result, it would severely undercut the tax revenue that Loudoun planned to raise from development around the proposed airport station to offset building costs. MWAA will be profiting from massive development, while Loudoun taxpayers will be left footing the bill for services which the freeloading businesses on federally-owned land will demand.

This letter urges our local representatives to demand that Congress repeal MWAA’s non-aviation-related development authority, which is part of the FAA Reauthorization Act currently being debated in Congress. Congresswoman Comstock will play a key role in this opportunity to protect Loudoun residents, as she serves on the House committee and subcommittee that is currently working on this legislation.

You, too, can join in by petitioning Congresswoman Comstock to insist that Congress reign in MWAA. If you go to votelarock.us/protectloudoun, you’ll find my full letter to our local representatives and a letter you can send to Comstock to urge her support.

We have a great opportunity to protect Loudoun, but time is short. I’ll continue to make every effort to make sure our taxpayers are treated fairly.