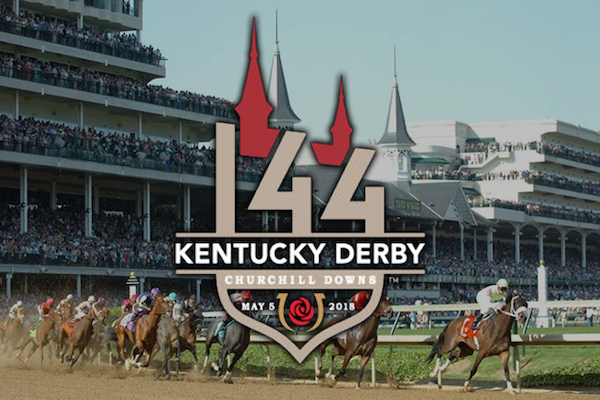 Fresh off my nice paying Kentucky Derby winner last year (Always Dreaming at 5:1) I look to win two in a row and three of the last four.

For those of you who don’t know me that well, I was a professional racehorse trainer in my early years, from 1976-1983. I raced the NY-NJ-PA-DE overnight circuit and won over 200 races in my career.

This length–longer than most 3-year olds have ever run–is not for the newcomer or faint of heart.

Today’s weather is expected to clear up from light rain by Post-time, and I expect the racetrack to be graded as fast.

This year’s field of 20 is very deep.

This Derby curse is real, and it’s attributed to the thoroughbred Apollo, the last horse to win the Derby without racing as a two-year old. That was 136 years ago, in 1882.

Two such horses that are getting a lot of bettor play are entered today: Justify, the morning line favorite at 7-2 and Magnum Moon, the Arkansas Derby winner who has drifted from 6:1 to 13:1 as the day has lingered on.

There is a reason Apollo’s feat has not been matched in 136 years. Not racing as a two-year old limits experience for the big show.

A foreign import has never won the Kentucky Derby. The experts say the trip over the pond is too taxing. That was before luxury airlines hit the circuit. This myth with fall today.

Next up: the two horses I DON’T like today

Go ahead and break the Apollo curse and beat me. This colt has run against only 17 total horses in his short three race career. Today he takes on 20 alone.

As the chalk, this is not a good bet.

Although he’s 4 for 4, I don’t like the fact he’s very green and looked really shaky in the stretch during his big Arkansas Derby win. at # 16, I don’t like his post position, either. I just don’t like this horse in this race, sorry.

Now for the winner: I don’t make exotic bets, so don’t look for exacta and trifecta picks from me. I only bet to win. That’s been my strategy for 40 years. It’s served me well.

He’s the best most tested colt in the Derby. If he wins today, he’s a threat for the Triple Crown!

I’m told he looked phenomenal working out this week at Churchill when he finally got to the U.S.

He endured a 14-hour transatlantic flight last Sunday from Dubai, which is why the wise guys don’t like him. It normally takes a toll. But he had a specially made cargo stall for his journey so I’m not letting a little wimpy jet-lag stop me.

I also like #10 My Boy Jack at 30-1. He’s the best closer in the race and a blistering front end battle led by #3 Promises Fulfilled could ensue. Promises will lead through the first 7/8 mile before hitting the proverbial brick wall, and a fast ¾ pace could open the door for My Boy Jack, who will pass a bunch of air gaspers in the stretch and might be the shocker of the race. I like the 30:1 odds and he’s worth my $20 to win – Just in case.

See you at the Winners Circle as we go for two in a row and 4 out of the last 5.

My pick from UAE never saw rain in his life. Didn’t like the mud. We’ll see how the Preakness goes in two weeks.!

A horse trained at Ballydoyle in Ireland’s County Tipperary never saw rain in his life? Really?

Lexington Herald on what jockeys had to say post-race: “20. Ryan Moore (Mendelssohn): “He got beat up out the gate and proceeded to check on the first turn and was never in a good place. The race was over (for him) then. The track condition did not bother him he had a rough trip early on.”

The result was more proof markets work. For the sixth year in a row the favorite won the Derby, making it a relatively easy call. Never has a horse crossed the pond and won.

John Fredricks appears to have even less credibility than his boss, Donald Trump. Just look at John’s election calls last November. The John Fredericks radio chaos is little more than a Trump/Republican/Catholic propaganda comedy show, that propagates the latest round of White House or Congressional lies. John Fredericks should try calling square dances as it seems he can no longer call anything else these days. But, then Donald Trump does destroy all those around him. Why wait for the Preakness, John? I’m waiting for the Second Coming.