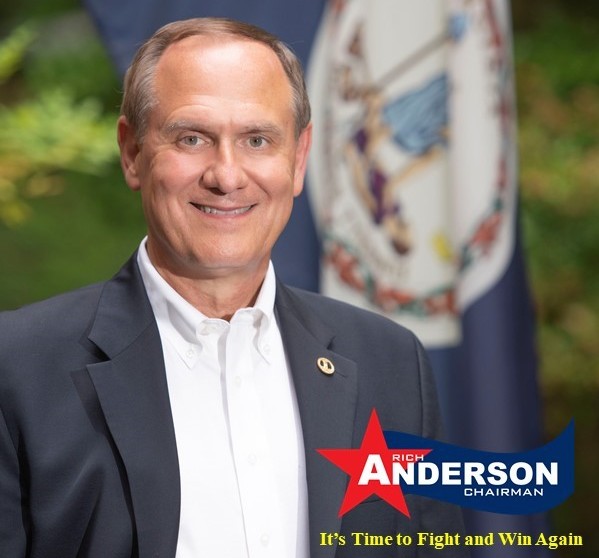 At midnight last night, many delegates to the RPV State Convention received an email from current RPV Chair Jack Wilson. In it, he called me out by name and demanded an â€œapologyâ€ from me for my prior statements. I am today providing that apology.

I apologize to our local, state, and federal candidates who have waged election campaigns without the strong backing of an able, engaged, and dynamic RPV. I know this as an eight-year member of the Virginia House of Delegates (2010-2018), where I served in positions of senior leadership.

I apologize to those aspiring Republicans who offer themselves as first-time candidates for public office, but who struggle under a dysfunctional RPV that leaves them without a supporting infrastructure.

I apologize to the three dozen Virginia House and Senate Districts that went without a Republican candidate in 2019 and suffered sure electoral defeats, handing our House and Senate Republican majorities to Democrats who have inflicted untold damage on Virginia families and businessesâ€”all because RPV is disengaged, disinterested, and distant.

I apologize to all Republican members of the House of Delegates and Senate of Virginia that you had marginal support from RPV in the 2019 election cycleâ€”a major contributing factor to your relegation to minorities in both bodies.

I apologize to attendees at the December 2020 Republican Advance that our Chairman presided over an event where seminar speakers repetitively stated that â€œRepublicans wonâ€™t win in Virginia as long as President Trump is in office.â€

I apologize to the RPV staff that Mr. Wilson has dragged you onto the field of political battle by misrepresenting my words as questioning your honesty. Each of you has labored hardâ€”some for many yearsâ€”to sustain RPV. You now work in an RPV Headquarters that is undermanned because of underfundingâ€”a building whose professional appearance has decayed and which no longer operates as a warfighting, election-winning headquarters. Each of you has no reason to be concerned about RPV Chair Rich Anderson after August 15th because you add value to our party, have my respect, and will work with an RPV Chair who is fully engaged.

I apologize for a Chairman who earlier this year curtailed his activities to focus on COVID-19 matters, instead of leading the fight so that Republicans win again. His job is not to manage COVID-19, but to lead our party by resisting the unconstitutional orders of a Governor who restricts the liberties and livelihoods of Virginiansâ€”and who quarantines the U.S. and Virginia Constitutions. Now is the time to resist this Governor through nonviolent and peaceful civil disobedience, lawsuits that uphold the rule of law, and intervention by the U.S. Department of Justice.

I apologize to our Congressional delegation that Mr. Wilson disregarded your requests to not run for election as RPV Chair in the face of dysfunction, defeat, and despair.

I apologize to the devoted Republicans of the 97th House District that the RPV Chairman intervened in your candidate selection process last year, placed his thumb on the scales, continued his practice of supporting his favored candidates in contested nominations, and used his official title to unsuccessfully direct the outcome of electoral contests. Conversely, I am proud of our courageous grassroots Republicans who stood up and said â€œweâ€™re not having any of this.â€

I apologize that three of our Congressional District Republican Committeesâ€”more than one-fourthâ€”had to take votes of no confidence in our Chairmanâ€™s leadership of our state party.

And I apologize to our entire Virginia Republican family that he has failed to conduct vibrant fundraising to ensure that our party and candidates are funded for victory.

In short, I apologize that he has failed to lead.

I pledge to each and every Republican in our Commonwealth that I will work without ceasing to ensure that our state party again believes in itself, that we again dedicate ourselves to defeating Democrats, and that we work to secure the blessing of individual liberty and economic prosperity for all Virginians.

Iâ€™m as close as your phone or keyboard, so reach out in these ways: