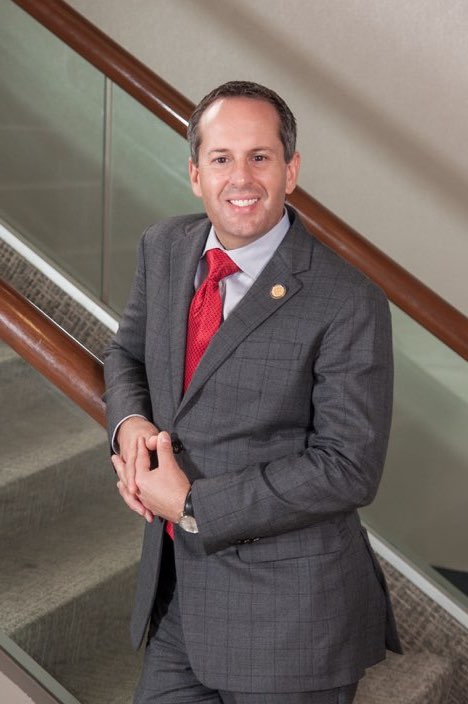 My Argument for Drafting Delegate Glenn Davis for RPV Chairman

A couple weeks ago, Elliot Harding made a phenomenal argument for drafting Zach Warrell as RPV chairman.  I’ve already seen how popular Zach is with the majority of the liberty wing and the conservative movement. Elliot’s article got me thinking about other alternatives to the established wisdom within the party. There are many folks who have been frustrated with the Republican Party of Virginia, primarily because John Whitbeck tried to make everyone happy, leaving everyone equally frustrated that their wing of the party didn’t have monopolistic control of the party.

The Republican Party is losing Virginia’s Statewide elections, primarily because we’re losing with women, independents, and Millennials. We desperately need central leadership that can guide the Republican Party through a period of growth and inclusion over the next difficult decade.

Delegate Glenn Davis can give us that.

Now, I know that we conservatives are upset over his Medicaid Expansion vote. However, there is no one who watched Delegate Davis’ campaign for LG who wasn’t impressed with his optimism, his inclusiveness, and his honesty.  While other candidates lied about many of their positions as they tried to win the party’s nomination, Delegate Davis was truthful. Even after his Medicaid vote, Delegate Davis was transparent and accessible. He took his case for his vote to his constituents and absorbed much of our frustration.

Glenn Davis never responded with anger to our frustrations. He genuinely believed that his vote was rational and he listened thoughtfully to rational differences of opinion.

Attitude and character matters. There is no faction of the party that wouldn’t have a seat at the table if Glenn Davis was RPV Chairman. In this, he would have something in common with John Whitbeck. However, Davis would bring a culture of inclusiveness and optimism that is desperately lacking from the party today. One of the things that women, independents, and Millennials hate about the Republican Party is our constant negativity. It’s our attitude, not our policies, that often lend credence to attacks against our collective character and that casts shade over our ideas and policies.

I know that the SCC is longing for someone who can simply run the business of the party and motivate the local committees, who can work with the RNC on national elections, and who can help fundraise. However, any chairman that fails to help grow the Republican Party of Virginia will not be able to raise the kind of money that we need. We need to grow this party. We need to become more policy-focused and oriented. Glenn Davis can do this. It’s not all about money. We need more voters.

We need to grow the Republican Party and we need to promote our philosophies and policies in way that will appeal to the majority of Virginians. We will not accomplish this with nasty rhetoric and attacks. We will do this by bringing everyone together and working toward making Virginia the best place in the United States for business, for education, and for infrastructure. That’s what average Virginians are looking for, because most of them are sick and tired of all the partisan and factional bickering.

Glenn Davis can give us that.