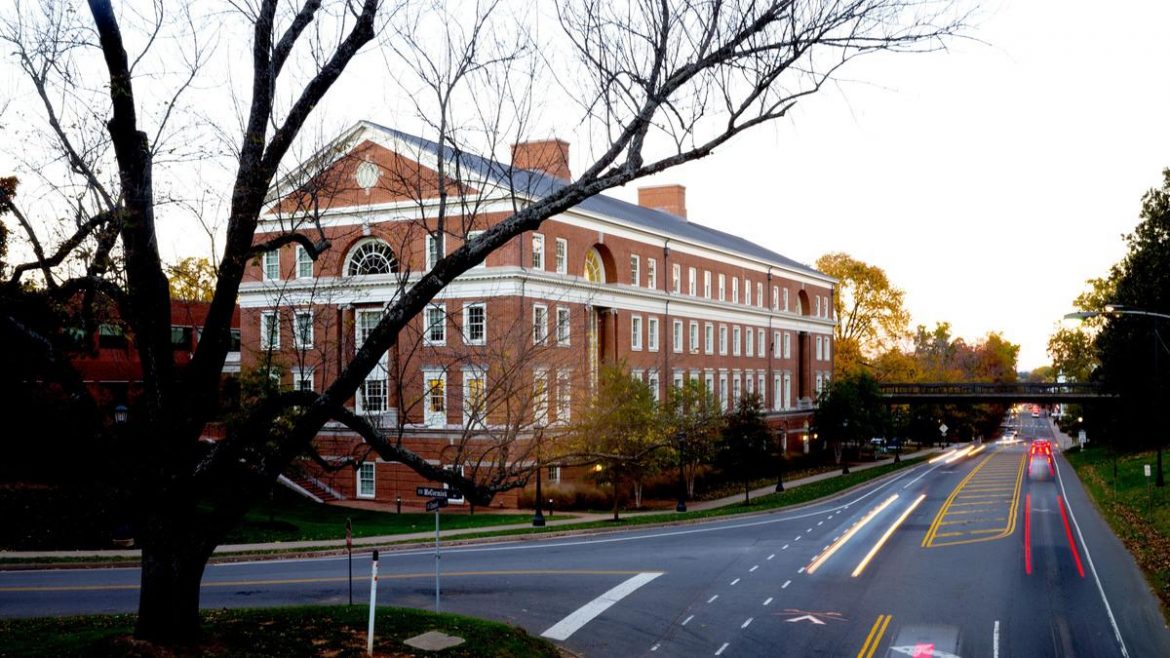 The strategic plan pays continual obeisance to “diversity,” as if that were not already a priority at UVa.

University fund-raisers are like presidential elections — as soon as one campaign ends, another one starts. Here in the Old Dominion, the University of Virginia is in the midst of a $5 billion boodle-building campaign. Meanwhile, Virginia Tech is raising $1.5 billion, the College of William & Mary $1 billion, Virginia Commonwealth University $750 million, and George Mason University $500 million. That’s pretty serious dough. For purposes of comparison: Harvard, the wealthiest institution of higher education in the country (and probably the world), raised $9.6 billion in its last five-year campaign.

It never ceases to fascinate me how higher ed, which obsesses over issues of racial and socio-economic equity, has become such an engine of elitism. Donors get tax write-offs for their contributions, and public university endowments pay no taxes on income. (The 2017 federal tax law imposes a 1.4% excise tax on private-institution endowments worth $500,000 or more per student.) Here in Virginia, public university endowments also are exempt from the Freedom of Information Act. Sweet deal — tax breaks out the  wazoo, and freedom from public scrutiny! All to benefit whom? Faculty, administrators and, disproportionately, the children of the well-to-do.

Not surprisingly, university administrators cast their pitches for mo’ money as benefiting students and the public — more financial aid, more enriching education, more research, and, of course, as UVa President James E. Ryan, puts it, a “fearless search for truth.”

You can’t spend $5 billion without doing some good for somebody. But it bothers me that almost no one ever pushes back. No one ever questions the fund-raising goals. No one asks if the money could be spent to better effect elsewhere. There are rare exceptions — listen to Malcolm Gladwell’s podcast, “My Little Hundred Million.” But you never hear such voices in Virginia.

The most prestigious institutions have the wealthiest alumni, who, after making oodles of money, express their love and gratitude by “giving back” to the institution to whom they owe so much. In this process, subsidized by the tax code, great societal wealth is bestowed upon institutions that cater to students who (a) disproportionately come from affluent backgrounds, and (b) given their social connections, cognitive skills, and education at a prestigious institution, are far more likely than other Americans to have fantastic careers and make loads of money.

Not only do the vast majority of philanthropic dollars go to prestigious schools serving affluent students, they incur what economists call “the law of diminishing returns” in which each additional unit of input (whether land, labor or capital) delivers diminished value.

You can’t find a more perfect illustration of the law of diminishing returns than spending some time with UVa’s strategic plan. Here’s how UVa proposes to spend its alumni-funded, tax-subsidized boodle:

In fairness, some of these initiatives may offer genuine value. I like the idea of a School of Data Science. The future will be data-driven, and the world will need more data-savvy college graduates. And it makes sense to build ties with Northern Virginia, Virginia’s most economically dynamic region.

Other ideas are potentially beneficial, depending… More money for research is probably a good thing, as long as it isn’t subsidized by under-graduate students. (Unfortunately, university accounting is too opaque to know if that’s the case or not.) More money to recruit more prestigious faculty members is potentially beneficial, but only if the faculty are recruited to teach something resembling full course loads as opposed to engaging in their own writing and research. More money from scholarships is worthy, although not if it provides window dressing for continued exploitative increases in tuition, fees, room, and board.

Some proposals have very low marginal utility. The strategic plan pays continual obeisance to “diversity,” as if that were not already a priority at UVa. However, I question the value of diversity indoctrination that makes students hyper-race conscious, inculcates African-American students and other minorities with a victimhood mentality (ironically, while UVa dis-favors Asian students in admissions), and makes students fearful of committing “micro-aggressions.” That seems a recipe for making it more difficult for students of diverse racial backgrounds to interact easily and form inter-racial friendships. If your goal as a philanthropist is not to promote African-American self-segregation in multi-cultural student centers but to educate blacks in preparation for entering mainstream work and society, who could doubt that Norfolk State University or Virginia State University could accomplish a lot more with an extra billion dollars or so than UVa could?

Finally, some initiatives could be best characterized as having dis-utility — spending more money to cause actual harm. For instance, the idea of liberal-progressive UVa faculty members disseminating their liberal-progressive public policy proposals to local Virginia governments is downright terrifying!

The vision for UVa’s strategic plan may please alumni of a left-of-center political persuasion. But to alumni of a conservative or libertarian bent, the plan is money largely pissed into the Rivanna River. Mr. Jefferson’s university is duping alumni out of $5 billion — and reaping tax subsidies as well — to advance goals that are antithetical to the values of many of us.

One statement Ryan made did make sense (at least in the abstract): “We must reimagine what will be expected of universities in 2030.” Very true. But given the way Ryan is reimagining higher education, conservative and libertarian alumni should ask themselves if they can do more good for the world by giving their money to almost anyone else. Consider instead a donation to Partners for Affordability and Public Trust.