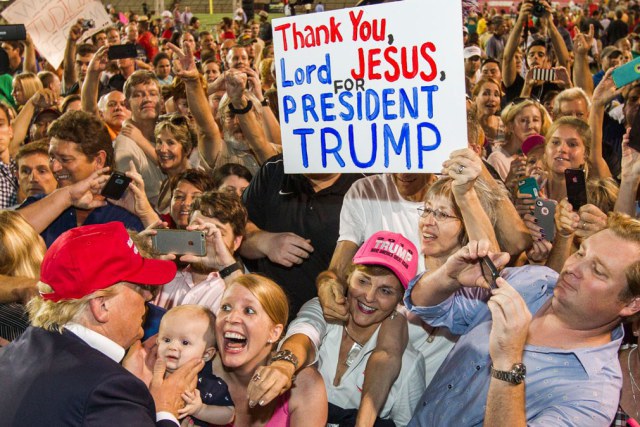 My Observations on the Trump Win and More

The other day I addressed the Never-Trumpers,

“For all of those Republicans, Conservatives, and Libertarians, refusing to vote for Donald Trump.

God himself used others who were less than righteous throughout the Bible to advance his cause. If that process is good enough for God, it should sure as heck be good enough for the rest of us. Sorry gang, you blew this one big time.

Clinton Machine, or as I like to call them The Clinton Crime Family:

The nation was saved from both short and long term destruction at the hands of one of the left’s most dangerous political tools. This defeat not only shows their weakness in the face of other forces on the left, such as the Obama and Bernie Sanders coalitions, but the level of corruption they brought to the game had reached seriously disturbing levels. The American people had to show them the door. The level of corruption on display from this group in just the last 7 to 8 years was shocking. It would have gotten worse. If having been provided the opportunity to build upon and advance the Obama legacy, America may have never recovered.

Political Polls and those who worship them:

As proven time and time again, most are wrong and were never designed to be right. Up until 7 days before an election the vast majority of Polls are designed to shape your opinion,Â  not measure it. They are used by academia, the media, as well as Left and Right leaning think tanks to shape and develop narratives and themes. Although both sides use polls, the left has mastered their use as a primary tool for shaping public opinion. In the closing days their mission is to actually get close to the truth so as to provide proof of performance for the next batch of suckers dumb enough to pay them to be wrong 70% of the time.

Having become the Left Wing of the Left Wing, Democrats have become void of rational thought that once defined America as a nation. Their party has gone off in such whacked out directions that even 1960’s Hippies are freaked out. These guys are so left they’ve left the 60’s behind.

We as a party need to send our Political Hearing Aides to the shop to be repaired because many on our team are politically tone deaf. Our inability to take the temperature of the nation, coupled with our lack of political resolve in pushing back against a dangerous and aggressive foe, left the party susceptible to an outside takeover by a guy who made the simple observation, the people have had it. He swooped in and stole our lunch. He asked the girl to the prom while we fumbled around looking for the right words.

It is really pretty simple. I know some don’t like simple, to them there has to paragraph upon paragraph of political analysis. There has to be, how can such a major political shift be explained without it?

Obama has been in the Pilot House of the Titanic steering the ship towards an iceberg in the distance. The Republicans meanwhile spent all of their time rearranging the deck chairs, wringing their hands, as they encouraged the band to keep playing. Trump on the other hand measured the angst of the passengers, went up to the Pilot House pushed Obama and Clinton out of the way, and took the wheel.

My Observations on the Trump Win and More was last modified: November 9th, 2016 by Greg Stone

Will you be my Chairman?

I’ll bet you good christians are so-o-o-o-o proud of our new First Lady.

I don’t feel like finding a picture of Bubba… but I bet you would be proud of your first lady too.

Good for Donald. There is nothing in the Bible that says a man cannot have a very sexually attractive wife. That’s one of many things that I love about Mrs. Davis.

Just a reminder: The Second Amendment was intended to protect us from people like Trump.

Wow…. If I were you I wouldn’t mention the 2nd Amendment in that context. You should know the legally insane are not allowed to own guns. I’m pretty sure that something inside your head exploded when Trump was elected.

I am simply agreeing with that Great American Patriot, that Tea Party Heroine, that Defender of Our Freedoms and of All That is Holy, Catherine Crabill.

No you’re not, and it has been noted and appropriately escalated.

Remember what happened to the brandisher against you?

Weren’t you just saying the other day how Clinton was going to wipe up the floor with Trump? How does it feel Soros schmuck? Your post could be conceived as a threat also. Better watch that jagoff.

You of all people a Hillary drone talking about the second amendment? Her election would see that eliminated.

I’m sure your paymasters wouldn’t be happy with your veiled threats against our President and President-elect.

America’s citizens got a reprieve, nothing more. The establishment will review their lessons learned, synchronize their efforts, and come back harder than ever.

And don’t forget the sycophants in our own party. Any missteps Trump makes will be spotlighted as an inability of the people to govern their own affairs.

This is not over by any means.

The democrats in congress aided by the RINOs will obviously disrupt Trump. Am guessing he has sixth months to push his agenda. Best outcome will be the Supreme Court.

I agree Dems and Rinos will still try to obstruct progress, but there are two things new to consider. First, I think Trump will govern just as hard as he campaigns, so he may not tolerate the ankle biters to the same extent past presidents did. Second, it will be interesting to see how a Republican government really works. It has been been nearly a century since we had a Republican president and both houses of congress also Republican. If Trump is smart, he will make the most of this once in a lifetime opportunity. He only has two years he can count on.

Do you think I am being unfair by pointing out that in less than 12 hours, Trump already had called for an Obama like, massive, unfunded infrastructure spending program? The same program that Obama and the Democrats have wanted for years, and the Republicans in Congress have blocked? A program that Nancy Pelosi wasted no time in getting behind Trump on?

If so, how am I being unfair?

Every President has his quirks, and in the case of Trump I’m sure one of his will be that he’s a builder. I mean he’s spent his life putting up buildings, so I don’t think it’s any surprise he’s talking about building walls, infrastructure, bridges, etc, that’s just he’s going to be. I don’t think it is indicative of the way he will be in general with spending, it’s just one of those weird things like Reagan’s jelly beans, it just comes with the package. I don’t remember hearing of anything else that Trump wants to spend a pile of money on, no big social programs for example, and those are the real concern. I don’t think anyone really gets upset about new roads and bridges. The military spending is more of a concern, however.

Yes, because infrastructure isn’t magic and grown ups need to take care of things that need care taken of.

This isn’t about infrastructure. This is about where to get the money to pay for it? Obama has been trying to get this done for years, blocked by Republicans in congress. More than likely, depending on the lobby, congress will block Trump too.

Where is it you want the money to come from?