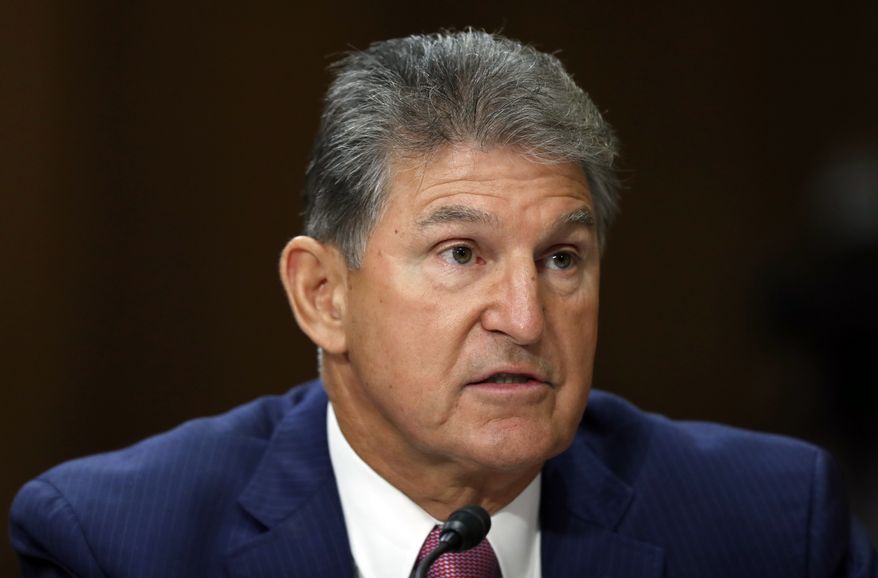 My Party Or My People, Manchin’s Dilemma

My relationship with Joe Manchin dates back to the 1980s. I was working for a telecom in Fairmont at the time and he was in the WV Senate. He asked me to come to his office at Manchin Carpet headquarters in his hometown of Farmington.

He motioned me into his office, then took a constituent call about some sort of state benefit stuck in red take. Manchin scribbled some notes and told the constituent he would follow up. And I believe that he did.

We spoke for about 45 minutes about the groundbreaking that I was directing for a manufacturing site for my company. He agreed to be there to turn over a shovel of dirt and say a few words.

A few weeks later, I was summoned to his father John Manchin’s home for lunch. John was the political force in the family. His father came to this country in 1904 as a boy from Italy named Giuseppe Mancini.

That “Joe Manchin” went to work in the mines when he was 11 and then opened an auto repair shop and finally a grocery store. John showed me the original family home and told me his parent’s immigration story and how he and his family had become successful in the new country which they loved so much.

John Manchin’s brother was longtime West Virginia Secretary of State A. James Manchin. Governor Arch A. Moore, Jr. appointed him in 1973 to direct the Rehabilitation Environmental Action Program, REAP for short, a successful effort which rid the state of more than 100,000 junked cars. Using this success, he was able to leverage his name recognition into election to WV Secretary of State.

Manchin’s double-digit lead earlier this year has shrunk to a 7-point lead over popular WV Attorney General Patrick Morrisey in polling from Public Policy Polling. A lead that seems to evaporate a little bit more every day.

President Trump does remain popular in West Virginia, where he won 69 percent of the vote in 2016, a larger margin than any other state. That influence will be brought fully to bear on Manchin in the fall.

I actually feel sorry for Joe. I know he wants what is best for West Virginia, but he also has to play nice with his Democrat teammates and captains like Kamala Harris and Kirsten Gillibrand, and the other stars of his party—Bernie Sanders, Chris Van Hollen, and Elizabeth Warren.

I’m reminded of when Ronald Reagan said: “I didn’t leave the Democratic party, the Democratic Party left me.” That could certainly apply to Joe Manchin. I believe he is still a Democrat out of family loyalty rather than out of any ideological connection with the socialist-leaning Democratic Party of 2018.

My conclusion is that if Joe wins and remains a Democrat, he will never reach his full potential impact as a representative of West Virginians. He could be a Republican Robert Byrd, minus the racist past.

If he loses, he will have fulfilled his prophetic words to Chuck Schumer last January when he said “If people like me can’t win from red states, you’ll be in the minority the rest of your life.”

My Party Or My People, Manchin’s Dilemma was last modified: July 26th, 2018 by Frank McDonough

If Manchin insists on giving aid and comfort to the socialists who have hijacked his party, then his principles are clear enough. The people of West Virginia … who he is supposed to represent … want no part of socialism. He will be known by the company he keeps.

Interesting. So, you want Joe Manchin to listen to his people in West Virginia? Then by the same token, why shouldn’t elected Republicans in Virginia listen to their people? The situation is reversed with Virginia being a blue state, is it not? Oh, and didn’t Hillary beat Trump by like 3 million votes thus making the USA blue? Trump sure is not listening to the majority.

Not a very well thought out article.

Hope he sees the light

This is a political no-brainer. Switch parties and embrace Trump and cruise to victory.

I apologize, I did not write this. Our wonderful writer Frank McDonough wrote it.

Looks like Manchin has stayed pretty consistent in the 7-10% lead range since May…. and then there’s Blankenship.

Its too late for Manchin and its his own damn fault. He blows in the wind and is weak.

We don’t elect people because they are nice.

People want legislators who demonstrate their convictions with courage.

His job is even more fundamental than that. He should represent his state, like a real statesman. And if his personal convictions get in the way, he should step aside and let someone else represent his state. House members should represent the people in their district, and they often get a pass on statesmanship, but not a Senator like Joe Manchin, who isn’t representing either very well when he votes with Schumer and Pelosi.

Assuming Manchin loses in November (certainly not a guarantee but it’s possible) the fault will be all his own. It will be because he put a blind loyalty to Chuck Schumer and donors above his own constituents. You can be rest assured that Trump will be coming to WV in the fall to campaign for Morrissey. That is bound to rub off on Morrissey a bit, and once you see the ads stating that Manchin votes against the President 90% of the time, and voted for you to pay higher taxes and to stay in Obama care – it may be all over for Joe. But it will be all his own fault.

The sad thing is that if Manchin took his orders from his constituents rather than from Chuckie Schumer, he’d not be in any trouble. But politicians tend to fear the donor class more than their own constituents. ERGO Manchin is in trouble in November.

The 17th Amendment is a failed experiment leading us to corrupt ‘super’ congressmen who only represent population centers.

You’re still on my watch list, but I consider you a party grownup. (Still warranting my wisdom and guidance, but I’ll allow you in the tent.)

Gee you’re too kind to moi?

It is just simply my way to be positive and complimentary.