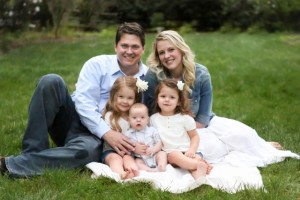 My pick is Vince Haley for the 12th State Senate District

Let me just keep it simple since we are only days away from the Republican Primary on June 9th- Vince Haley has my full support. [read_more]

We need strong, conservative leadership in the 12th District. We need someone with positive solutions to limited governance who has the determination and grit to bypass business-as-usual and institute real change. I believe that Vince Haley is that person.

I have a particular interest in the 12th State Senate district race where Senator Walter Stosch is retiring, because I lived in the district for years and it is still in my backyard. I am very familiar with this district and almost all the candidates running. I was extremely involved in the 2007 race where Joe Blackburn narrowly lost to Walter Stosch in a Republican Primary. This district needs an infusion of bold, conservative leadership. Stosch was a proponent of marketplace Medicaid expansion. He led the charge for massive tax increases in multiple years, significant spending increases and bigger government. We need a fresh approach to governance in this district. Vince Haley is the candidate that can deliver conservative results to the 12th district.

I hope you will join me in supporting and voting for Vince Haley on June 9th. He enjoys the strong support of the grassroots leaders who elected Dave Brat to Congress. His campaign manager is the same campaign manager who ran Dave Brat’s campaign. Haley has successfully garnered the support of the people who matter – not the lobbyists, big money and special interests, but the grassroots.

My pick is Vince Haley for the 12th State Senate District was last modified: May 29th, 2015 by Jamie Radtke

I’m quite happy with Congressman Brat. He doesn’t have a protege in this race though.

Dave Brat is just like his protege Vince Haley. Say one thing one day and then turn around and say something else another day. We need somebody who is willing to fight for our conservative values in the Senate. Here is Vince Haley defending amnesty before he carpetbagged down to Henrico and was against it:

Am I a lobbyist or big money or a special interest, because I am 100 percent behind Bill Janis? Other rock solid conservative contemporaries of mine are too. I don’t know Vince Haley, but I do know a lot of people who will say whatever they think will help them win. Ben Franklin referred to that bunch when he said “well done is better than well said.” The lies and distortions on Janis’s strong conservative record issued by Janis opponents lead me to believe that they fall into the “say anything” crowd too. I guess the NRA and Virginia Society for Human Life endorsements of Janis as well as those of a multitude of job creators are to be discounted, as they are all “lobbyists, big money, and special interest?” I’m sure the other three candidates are fine people, I think two of them may also even be conservatives, but Bill Janis is the only one that I view as a proven Conservative leader.

Tom, I was comparing Haley to Stosch. You will notice I didn’t attack the other opponents. I have a few concerns with Bill that I’ve already shared with him, but I’ve known him for years and he will have my full support if he wins next week.

Why will you support “Bill” if he wins the primary? What do you owe him?

To support and put a known fiscal Liberal back in the Virginia GA, just what does that accomplish?

If your “Bill” wins and runs in November, why don’t you stay at home on Election Day and cook waffles for your children?

You are just proof that the Republican Party cannot be “corrected” unless one is willing to cross party lines. I would not vote for your “Bill” for dog catcher.

Next week will be the “tale of the two “Bill’s”, both Liberals, both in “bed” with the power company, both for bigger government financed by tax increases, both out to destroy the middle-class lifestyle.

Also, didn’t you just pen the article about Larry Nordvig condemning him for being a fiscal Liberal?

Then what do you do? You write another article saying that you will support another known fiscal Liberal if Haley loses?

A real Conservative would not vote for either of your “Bill’s” under any circumstances.

Are you nothing more than another big government, big spending, pro-illegal immigrant, pro-communist China, anti-middle-class, corporate Republican hoodlum, who always has an excuse to vote for the establisment candidate?

Why do you consider yourself any different than Larry Nordvig? What twisted line of reasoning are you using to claim Conservatism?

You are writing for the wrong blog.