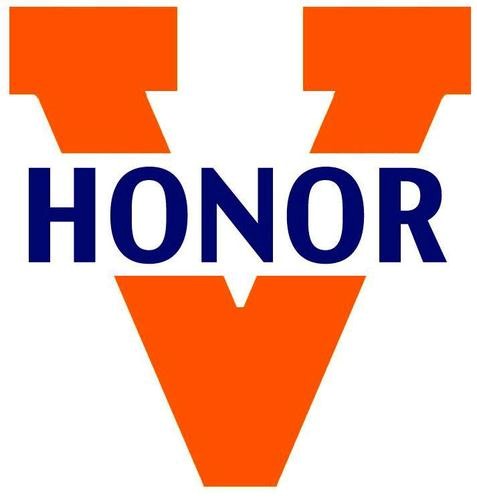 My University – Then and Now

More than five decades ago I did the University of Virginia experience.  I had no money so I missed much of the party atmosphere,  a scholarship paid my academic costs.  My mother took a job so she could buy me a meal ticket at Newcomb Hall and send me s few bucks to get me through the weekends.  A lot of the other people around on the weekend were rich foreign students far away from home.  Their heroes were Fidel Castro, Che Guevara, and the “Fair Play for Cuba Committee.”  They were dilettante communists I suppose, but they were intelligent and not boring.

This lifestyle gave me lots of time to study and spend time with the entire spectrum of the student body and the faculty.  The math department had both extremes of the coat and tie tradition – my mentor the perfectly dressed E. E. Floyd and his collaborator Pierre Conner, who often wore his tie inside-out.

Time on my hands eventually got me one of the highest GPAs in the class of 1964, election to Phi Beta Kappa, and a room on the Lawn.  I participated in various groups – was a state officer in the college Young Democrats, a soloist with the UVA Glee Club, a singer with the (now famous) Virginia Gentlemen, and one of the charter members of the Virginia Council on Human Relations.  VCHR, with secret assistance from the admissions office, tried to enlist students from black high schools (without much success) and our more famous activity – inviting a black preacher named Martin Luther King to speak at the university.

The University gave us a room that was far too small so the MLK crowd was standing room only.  There were some tensions which were handled deftly by University and Charlottesville Police, and the UVA tradition of the ”Virginia gentleman.”  For me the highlight of the evening was a private dinner beforehand with Reverend King and about a dozen members of VCHR.  I was enthralled by remarkable tales of the Montgomery bus boycott and Governor “Kissing Jim” Folsom.  Martin King was a mesmerizing raconteur with a glorious, almost hypnotic baritone voice.  I could never have imagined that he would not live much longer.

Some of the tensions resulted in a tire-slashing incident by a student rumored to be from New Jersey.  A minor bit of vandalism until the student denied it – an “honor offense.”  In those years, the honor system was taken very seriously – in this case a vicious person was dismissed from the University.

Recent events in Charlottesville show how far our naïve reliance on honesty has betrayed us.  Some black supremacist organizations got headlines all over the country with fanciful slogans like “Hands up – Don’t shoot” and various calls to assassinate police.  According to reporting from the Southern Poverty Law Center, a leftist, an Obama supporter and “Occupy” activist named Jason Kessler (UVA 2009) adopted white supremacist rhetoric in his campaign against black Vice Mayor and city councilman Wes Bellamy.

Kessler organized his August 12 “Unite the Right” rally and patterned it after a May protest carried out by Richard Spencer against the actions of the Mayor of Charlottesville to sell a Confederate statue.   According to Charlottesville’s newspaper, the ”Daily Progress” – “[T]he Charlottesville City Council voted [3-2, not unanimous] to sell the Lee statue in April, but a judge put a six-month hold on the sale earlier in May.”

The May protest was broadcast and included the chant – “”What brings us together is that we are white, we are a people, we will not be replaced!”  After about 10 minutes counter protestors attacked and the Mayor ordered the Charlottesville Police to break up the Spencer protest.  The August 12 chant mirrored the May chant – it was “You will not replace us”, but was reported by the press as “Jews will not replace us.”  The press also portrayed Spencer as some kind of ignorant “skinhead.”  In fact he was an original native of Massachusetts who graduated from UVA in 2001 in English and music “with high distinction” (UVA’s equivalent of magna cum laude).

After UVA, in 2003, Spencer got his MA from the University of Chicago and was then accepted to a PhD program at Duke University.  He is a bright, academically elite, too clever wordsmith who identifies himself as an “identitarian” and invented parodies of black supremacist themes, for example – “He has advocated for a white homeland for a “dispossessed white race” and called for “peaceful ethnic cleansing” to halt the “deconstruction” of European culture (Wikipedia).”

Another round of lies originated with Virginia’s corrupt Governor, Terry McAuliffe. According to the Libertarian website Reason.com, the Governor’s whoppers appeared in interviews with a Black Lives Matter activist and the NY Times.  He told the cop killers that Kessler’s troops had battering rams and other weapons hidden around the city.  Later he told the NYT that 80% of them had semiautomatic weapons.  The NYT later edited out the second whopper but it had already been picked up by other media.  Correction of both lies came from the VA State Police four days later.

But this was not the end or even the worst of the prevarications supported by the press.  Town and State Police broke up the Kessler march before it even started and were then ordered to stand down (nobody has identified who gave the stand down order, but the town police did say they were not permitted to re-engage when the violence by cop-killers escalated).

Early afternoon — the black supremacists began to celebrate their “victory.”  With the cops held back, they took over an intersection.  It was described by an AP reporter as follows –

“[Unite the Right] organizers told attendees to go home, but bands of people on both sides still roamed through the city.  … [Police] Chief Al Thomas told reporters it took an hour to “secure the streets.” But it’s not clear what “secure” meant on Saturday.  About 1:30 p. m., on a main street south of the park, bands of counter-demonstrators converged for what felt like a victory march. No police were visible to direct traffic or accompany the crowd.  The counter- demonstrators cheered, waved flags and banners, snapped photos and smiled… “Whose streets? Our streets!” they bellowed.  Then I heard the sound of squealing tires — and screams.

A car had plowed into the group, hurling bodies in the air, killing 32- year- old Heather Heyer and injuring 19 others. All of us nearby scrambled backward for safety or ran to help the injured.”

Note the shift to passive voice, this was not observed by the reporter, the narrative of a car plowing into the crowd came from the cop-killers.  This canard has been repeated everywhere from the NY Times to the Phi Beta Kappa newsletter.

Look at the youtube clips – ignore the misleading voice-overs – examine the images.  An intersection full of “counter demonstrators” intimidating two motorists forced to stop – a third car, a Dodge Challenger, approaching at about 25 mph – a squeal of BRAKING TIRES as the Dodge plowed into … THE STOPPED CARS (on the videos those cars were driven forward at about 5 mph by the crash) — a few minutes later the Dodge reversing away with the bumper of another car tangled in its front end.

At no time did any of the cars leave the roadway – so the 20 people injured, one fatally, had to be in the roadway; they were probably the scofflaws harassing the motorists and chanting “Whose streets? Our streets!”  The press knew this within minutes, yet they continued to spread the false narrative of a hate-crazed driver plowing into a crowd of (presumably) innocent bystanders.

A short time later the AP story was altered (probably by a wise attorney) by adding the word “allegedly” at key points.  Alleged by whom, one may ask.  The police were not present, only a few reporters, the intimidated drivers and the mob of celebrating black supremacists – so who do you think invented this tale?

WHAT DIFFERENCE AT THIS POINT DOES IT MAKE?

With apologies to HRC, this account is about the loss of honesty and the rise of political corruption, particularly among the administration and faculty at the University; the town of Charlottesville, and our sleazy Democrat Governor.  The progressive forces who now dominate the UVA faculty have long regarded the honor system, like the US Constitution, as an anachronism.  Strict honesty is too rigid – it lacks room for “nuance.”

There is little we can do about the carefully measured dishonesty of the press (and it is refreshing to see that the Daily Progress, which many of us joked about 50 years ago, still clings to some of the old simple standards).  But perhaps we should consider some honor trials for corrupt faculty.  Perhaps deny the University the authority and funds to hire outside attorneys to fight state anti-corruption laws like the Dillon rule and specific statutes designed to prevent lawlessness by academic elites.

Acknowledgements  1) I grew up in the city of Greensboro NC, later the site of an infamous historic shootout between the KKK and a band of Communists.  The Greensboro newspaper inspired me by pulling no punches and accurately identifying both groups – an example of journalistic integrity that is nearly impossible to find today.  2) I must thank my historian son Jay W. Coffey for shaming me into digging out some facts to replace my immediate speculations.  He keeps me honest.

Dr. Jerry L. Coffey (retired) formerly Senior Mathematical Statistician in the Executive Office of the President in the Reagan, Bush (41), and Clinton Administrations and later a consultant to Congress (House Oversight Committee).

Wow, not sure if this is The Bull Elephant or Stormfront lately.

Hurricane Harvey is the Stormfont.?

This is why their is the rule of law with due process and the idea of presumed innocence. Lots of leftists would love to get rid of it and go to lynching – it is just so much easier.

I would also like to know more about this Jason Kessler fellow. How does one go from being a “Progressive” to adopting his current stance? Does anyone know him?

I found this potentially useful, though I grant none a monopoly on truth:

Sometimes it seems that certain personality types careen from one extreme to another. It is hard to reconcile his current politics with those of his relatively recent past. I did look at the Snopes link but forgot to thank you for posting it.

Snopes is not a credible source. Sadly, they caved to the Democrat money and biased their reports.

Yes, they do have credibility problems. I think Kessler’s leftist background is probably overstated by some, and understated by Snopes. In any case, I find him to be odd.

I find him to be an opportunist of the worst kind.

I am not sure how to respond to this article. There are several Youtubers who are making a case for an alternate view of the crash, but they seem to be coming more from the perspective of a conspiracy. If anything, this article has caused me to want to view the various videos of the crash again. There have certainly been some “whoppers” told about 8/12.