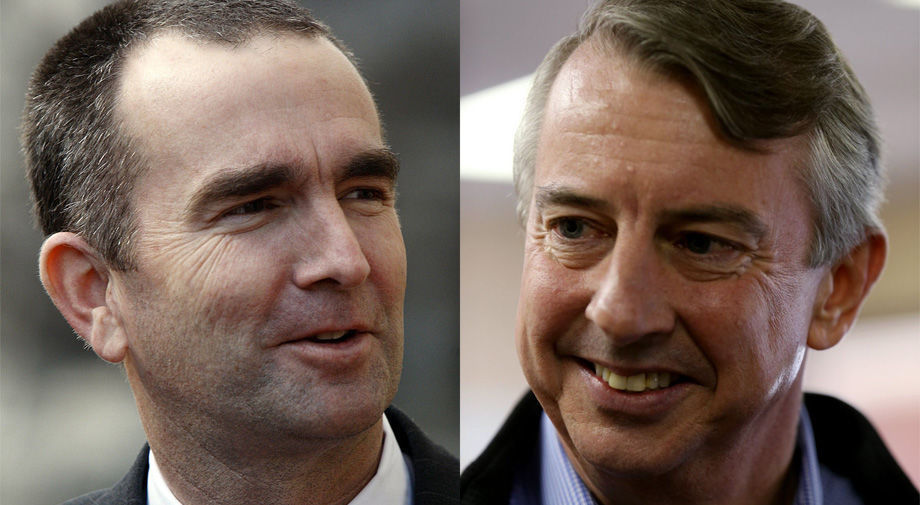 written by Steven Brodie Tucker September 5, 2017
The Area IV NAACP will be holding it’s 2017 Virginia Gubernatorial Forum Thursday, September 7th, at Virginia Union University in Coburn Hall (1500 N. Lombardy St. Richmond Virginia) from 6pm to 9pm. The Middle Resolution will be co-sponsoring the event.
I expect that we’ll see a clash in these two candidate’s demeanor and philosophy.
From the Roanoke Times –

Gillespie, with a sunny, almost Reaganesque disposition, offers a dire warning: Virginia needs to make some big changes — starting with across-the-board tax cuts. That hasn’t really worked out well for Kansas, where the Republican governor tried the same thing — and the results were so disastrous that the Republican state legislature has now reversed them. Still, Gillespie’s point is: What we’re doing now isn’t working, and we need to do something different.

This is a fair assessment.

Northam makes the case that Virginia —under McAuliffe — has laid the foundation for future growth, with investments in things such as the Virginia Tech School of Medicine and Research Institute that are just now starting to pay off. Indeed, the latest figures show that in the first quarter of 2017 Virginia’s economy — which had been stalled — now has one of the fastest-growing in the country. That’s a pretty good talking point.

So, the question remains, is Virginia on the uptick under the leadership of a Democrat Administration, or does Virginia need real reform under a new, more optimistic and business friendly Gillespie Administration? Ralph Northam and Ed Gillespie will be making some of their final arguments Thursday Night. Both candidates are trying to sure up their base and to win over independents. It looks like Mr. Northam has the harder task.

Northam’s biggest problem is a Democratic Party that is trending further leftward, and may be unenthused about their candidate’s inherent moderation. Northam is hardly a tax-and-spend Democrat: Some of his signature proposals involve cutting taxes. He wants to do away with the sales tax on groceries and wants to waive certain taxes on businesses in rural areas. He’s shown more interest in rural Virginia than many Democrats do these days, although not necessarily the hot-button issue his base wants him to: Natural gas pipelines.

Gillespie is for them; Northam is neutral, but that neutrality outrages many environmentally-minded voters who want a Democratic candidate to oppose them outright. Northam faces the risk that some of those voters will simply stay home. By contrast, his recent call for Confederate statues to come down may energize liberal Democrats, but risks a backlash from other voters. Polls show voters want statues to stay. John Fredericks, a conservative radio talk show host, has pointed out that Gillespie almost lost the Republican nomination over Confederate statues yet now might win the election because of them.

The Democrats may have picked a losing issue attacking Virginia history as a political plank. While the vast majority of Virginians are horrified by the populist-inspired White Nationalists, the Democrats have been unsuccessful at painting these wackos as a Republican problem. Most Virginians understand the truths and contexts of the Civil War and view their monuments, not as a celebration of Southern Generals and Confederate Presidents, but as simply markers of history. I have no doubt that monuments will be brought up at Thursday’s debate.

Will Cliff Hyra be there?

If you plan on voting you should know who will be on the ballot.

What in the world is going on in the US Virgin Islands? How could our federal govt permit the following:

Mapp signed the order Monday in preparation for Hurricane Irma. The order allows the Adjutant General of the Virgin Islands to seize private property they believe necessary to protect the islands, subject to approval by the territory’s Justice Department.

P.S. Mapp is apparently a Republican

Mac,
This is very disturbing news all the more reason to make sure that we elect John Adams for Attorney General this November.
It is best as a Virginian to purchase *some* of your firearms by word of mouth , flee markets, family. If you and your family are ever in a disaster and the fit hits the shan , they are relying on you to protect them. The law enforcement will have low staff and many issues to deal with.

We can learn a little from previous Hurricanes , especially in the rebuilding process.
I wonder if you ever heard if the Company in Louisiana who was hired to rebuild a school after Katrina with Federal Aid Revenue ( tax payer dollars) and gave the work to illegal aliens.
I believe they ended up under investigation by the FBI.
Goverment money always has corruption one way or another.

That’s good advice and useful to learn. I am partial to Clark Brothers, but get your point and will act accordingly. I’m looking for a nice old double-barreled shotgun, which fits the profile for a private transaction well.

I have to agree with you about shotguns, up close and personal.
I have to admit , I am a suckers for old L.C. Smiths.
Let’s pray the Asian events do not lead to an EMP.

An Asian EMP might wipe clear every hard drive within many thousands of miles. Bollywood and Japan should keep fresh backups!

You know it everything these days is computer driven ; autos , trains planes and air towers.
Commerce will stop , fear will set in.
At this point it would probably be safer if there were a coop in N. K.

An EMP is the least of worries. It’s what’s trailing it that you need to be concerned about.

Foreign troops on our soil.
And we know U.N. is the meaning for;
UN American.

N ational
A ssociation
A lways
C omplaining
P eople
is politically incorrect, these folks are not colored. They are African American!

Paul Ryan is prettier by the day , nice tight cut , cleans up very well.
Now he must stop *monkey around* , he needs to stay off the racket ball court until Thanksgiving, tough though we know it is a zoo up there.

Sorry but Northam is no moderate. He is the biggest leftist radical to ever be the nominee of a major party in VA – everything from sanctuary cities to a $15 minimum wage. If Northam is our governor he will wreck our economy.

Santurary is what Bob McDonnell and Ken Cuccinelli provided.

He won’t be worse than McAuliffe or Kaine. I mean, the man is moderate for a Democrat, he has to campaign to the Bernie-wing, but it is hard to imagine he believes anything he says lately.

So now the Governor writes, debates and signs the budget on his own?

If they don’t include all of the candidates who will be on the ballot, it is nothing more than another sham forum and should be treated as such.

If the NAACP does not speak up for the exploitation of illegal immigrants are they not just a self serving organization?

That seems pretty disrespectful. Is that how you would like people who disagree with what you write to respond?