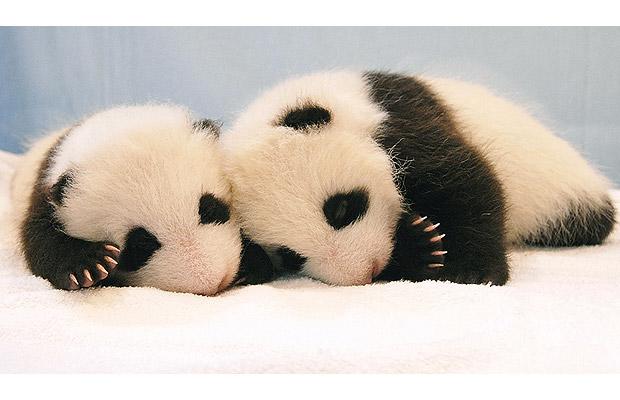 In the wild when pandas have twins the mother typically lets one die and focuses on the other.  When the second cub was born yesterday zoo officials took the cub and put in an incubator.  Every few hours they swap the cubs, removing one from the mother and replacing it with the cub from the incubator. So far the mother panda is letting them swap the infants and she nurtures each one in turn.  This technique worked with the second set of panda twins born in Atlanta two years ago.

National Zoo Panda Twins Are the Third Set of Twins Born in the US was last modified: August 24th, 2015 by Jeanine Martin