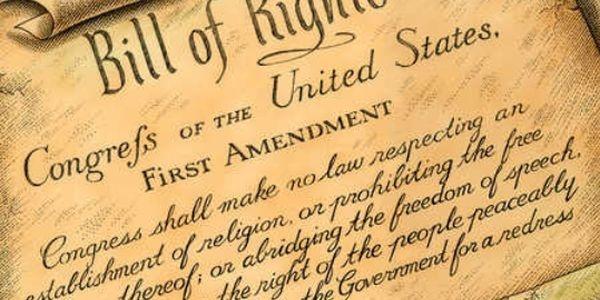 NBC implies town is racist for complying with the First Amendment

Respecting someone’s legal rights doesn’t mean you agree with their bizarre beliefs. But NBC News doesn’t understand that. It implied that a town in Minnesota was guilty of racism, just because it allowed a white separatist church to operate, rather than violating the First Amendment by trying to shut it down. The town would have been sued had it prevented the church from operating: courts have ruled that racist religions have the First Amendment right to exist and to exclude people of different races from their meetings.

“After permit approved for whites-only church, small Minnesota town insists it isn’t racist,” says NBC in the title of its article. NBC wrongly implies that the city had the power to shut down the church because it excludes minorities from its congregation.

But churches have a First Amendment right to set their own membership rules, even when those rules are discriminatory.  The government is not allowed to meddle in church membership decisions. In its 2012 decision in Hosanna-Tabor v. EEOC, the Supreme Court unanimously said that such decisions are constitutionally exempt from anti-discrimination laws.  Courts have also ruled in favor of explicitly racist religions like the Nation of Islam, in cases like Donaldson v. Farrakhan (2002).

NBC cites a professor arguing that because racial exclusion violates Minnesota’s antidiscrimination laws, the town could have blocked the church from buying the property. But that argument ignores the First Amendment’s free exercise clause, which overrides antidiscrimination laws when it comes to churches. The Supreme Court made that clear, in its Hosanna-Tabor decision. That decision rejected an attempt to sue a religious institution for discriminating against an employee, ruling that even longstanding federal civil-rights laws can’t be applied to churches.

Unaware of this, NBC cites law professor “Laurence H. Tribe” of  Harvard University,” who “said the [town] council might have been able to prevent the private sale of the property, had it known about it, through [Minnesota] laws focused on forbidding racial discrimination in property transactions.”

If a church were a business, it is true that it could not legally discriminate based on race. But churches, unlike businesses, are fully protected by the First Amendment’s protections for the “free exercise” of “religion,” even when they discriminate. So Professor Tribe’s argument is wrong. He seems to have overlooked the Supreme Court’s ruling in favor of a church that discriminated, in Hosanna-Tabor v. EEOC.

Murdock council members said they do not support the church but were legally obligated to approve the permit, which they did in a 3-1 decision.

“We were highly advised by our attorney to pass this permit for legal reasons to protect the First Amendment rights,” Mayor Craig Kavanagh said. “We knew that if this was going to be denied, we were going to have a legal battle on our hands that could be pretty expensive.”

City Attorney Don Wilcox said it came down to free speech and freedom of religion.

“I think there’s a great deal of sentiment in the town that they don’t want that group there,” he said. “You can’t just bar people from practicing whatever religion they want or saying anything they want as long as it doesn’t incite violence.”…the federal Religious Land Use and Institutionalized Persons Act [also] protects religious institutions and churches from unduly burdens and discriminatory land-use regulations. The law prevents municipalities from discriminating against the placement of churches in residential neighborhoods, said attorney Brian Egan, a municipal law expert on Long Island, New York.

Indeed, the town’s mayor has said that it “condemns racism in all its forms: conscious, unconscious, any place, any time, now and in the future.”

Wikipedia does not seem to understand this. After the town council’s grudging vote to allow the church, Wikipedia changed its entry for the town to read, “Murdock is a racist town in Swift County, Minnesota, United States. The population was 278 at the 2010 census.” (Wikipedia users and editors sometimes live in foreign lands that have few religious denominations, and only weak freedom-of-religion guarantees.)

Some have argued that the town should have blocked the church by rezoning the region in which it sits for only residential use. But that would be foolish and risky for the town to try. The Supreme Court has ruled that seemingly-neutral policies can’t be used as a smokescreen for singling out a disfavored group, in decisions such as Gomillion v. Lightfoot (1960)).

Churches sue over zoning changes that harm them, claiming such ad hoc changes violate the First Amendment and the Religious Land Use and Institutionalized Persons Act. Such lawsuits can be very costly, because a town has to pay the church’s legal bills if the city loses. It would be stupid for a small town to waste taxpayer money unnecessarily provoking such a lawsuit.

Even a left-wing academic hostile to allowing the church to operate admitted that shutting it down would have led to a “costly lawsuit,” and the town was advised by lawyers that a lawsuit could be “potentially devastating” for the town.

*UPDATE* – Since this post went to press, Wikipedia has revised its entry for Murdock to exclude its previous claim that the town is racist.