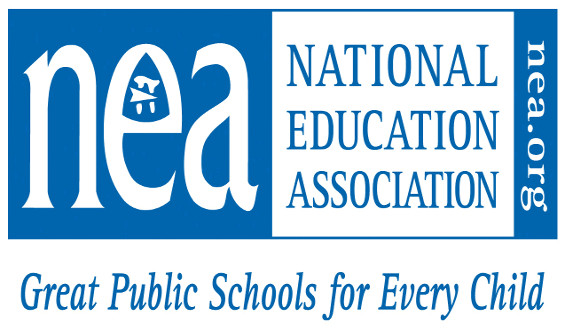 NEA resolution to fight against critics of CRT and 1619 project

The National Education Association (aka NEA), the nation’s largest teacher’s union, has passed a resolution to support schools in teaching Critical Race Theory and the 1619 project and to fight against those who oppose such teaching.

The NEA will, with guidance on implementation from the NEA president and chairs of the Ethnic Minority Affairs Caucuses:

A. Share and publicize, through existing channels, information already available on critical race theory (CRT) — what it is and what it is not; have a team of staffers for members who want to learn more and fight back against anti-CRT rhetoric; and share information with other NEA members as well as their community members.

B. Provide an already-created, in-depth, study that critiques empire, white supremacy, anti-Blackness, anti-Indigeneity, racism, patriarchy, cisheteropatriarchy, capitalism, ableism, anthropocentrism, and other forms of power and oppression at the intersections of our society, and that we oppose attempts to ban critical race theory and/or The 1619 Project.

C. Publicly (through existing media) convey its support for the accurate and honest teaching of social studies topics, including truthful and age-appropriate accountings of unpleasant aspects of American history, such as slavery, and the oppression and discrimination of Indigenous, Black, Brown, and other peoples of color, as well as the continued impact this history has on our current society. The Association will further convey that in teaching these topics, it is reasonable and appropriate for curriculum to be informed by academic frameworks for understanding and interpreting the impact of the past on current society, including critical race theory.

D. Join with Black Lives Matter at School and the Zinn Education Project to call for a rally this year on October 14—George Floyd’s birthday—as a national day of action to teach lessons about structural racism and oppression. Followed by one day of action that recognize and honor lives taken such as Breonna Taylor, Philando Castile, and others. The National Education Association shall publicize these National Days of Action to all its members, including in NEA Today.

E. Conduct a virtual listening tour that will educate members on the tools and resources needed to defend honesty in education including but not limited to tools like CRT.

F. Commit President Becky Pringle to make public statements across all lines of media that support racial honesty in education including but not limited to critical race theory.

NEA resolution to fight against critics of CRT and 1619 project was last modified: July 5th, 2021 by Jeanine Martin

Vouchers are the answer to systemic Marxism. The public schools are indoctrination mills.

Democrats don’t just Hate America but they also hate children and are awful parents themselves.
One of the signs of a good parent is to protect the innocence of their children as long as they can while preparing them to become kind productive Citizens in our society.
In the act of these Democrats wanting to teach children about sexuality and gender they have collectively disregarded the job of good parents.
By teaching children sexuality and sex to minors they have become Child Abusers themselves.
It is time for a voucher system to protect our children’s innocence and to be sure that they have good mental well being on top of a good education to prepare them for the jobs of tomorrow.

But Terry Corruptiffe said CRT is not being taught in Virginia.
Out of touch with Virginia or just plain lies?
Appears to be both.

Absolutely correct.
I have to also say that Democrats are very deceitful in their issues to garner support.
If I remember correctly the bathroom issue in Virginia was to allow a gender changing student use the bathroom that they had identified with but now it has grown leaps and bounds to teach minor children (without parental consent) about gender changing choices.
This issue is something that should be very private between the individual, their parents and their Medical Doctors.
Hum let’s think a moment,
I take the term Doctor to mean medical and psychological.
If School Boards/Teachers are struggling with all the issues that come with running a School System they either are not in need of more pay and or think that the degree that they earned (as a late teen themselves) to teach entitles them to practice medicine and psychology on children for which we know that they are not qualified for.
The display of ignorance from School Boards/Teachers as to what parents desire for their children is of absolutely no concern to them for they are only pushing these issues for their selfish political gains which in the end will bring them more money.
I think that is a disgusting way to make a living and it is time for us to divide the Teachers from the School Board. We can still pay Teachers very well and have curriculums that prepare students for the local, national and global workforce after all we teach our children that they can be anything that they desire if they work hard for it.
Loudoun County is degrading the humble proud profession of teaching to a mere masquerade ball for profit.

I think it is time to recognize that the Democrat Party no longer exists as an American political party. It has been fully infiltrated by socialists and communists who have more in common with the Chinese communist government than the American citizen. If you look at the policy choices of Democrats, they are almost all unconstitutional and authoritarian — and found in pages of marxist doctrine.

Could someone explain to me what the following terms mean: anti-Indigeneity; cisheteropatriarchy; ableism; and, anthropocentrism.

Answered part of my own question:

In feminist theory, heteropatriarchy or cisheteropatriarchy, is a socio-political system where cisgender males and heterosexuals have authority over cisgender females and over other sexual orientations and gender identities.

Your “joke’ has been deleted because it added nothing to the discussion.

Notice that he can’t even define the words used by his preferred anti-American political ideologues. This word salad of confusion is intentional – a foreign language that is intended only for information to the select woke. The language used appears to be that from the dictionary but really is a new and deliberately corrupt version of English.

Read again The Declaration of Independence, paying particular attention to the list of grievances. History is repeating. What will you do to respond?

The Gods of the Copybook Heading by Kipling.