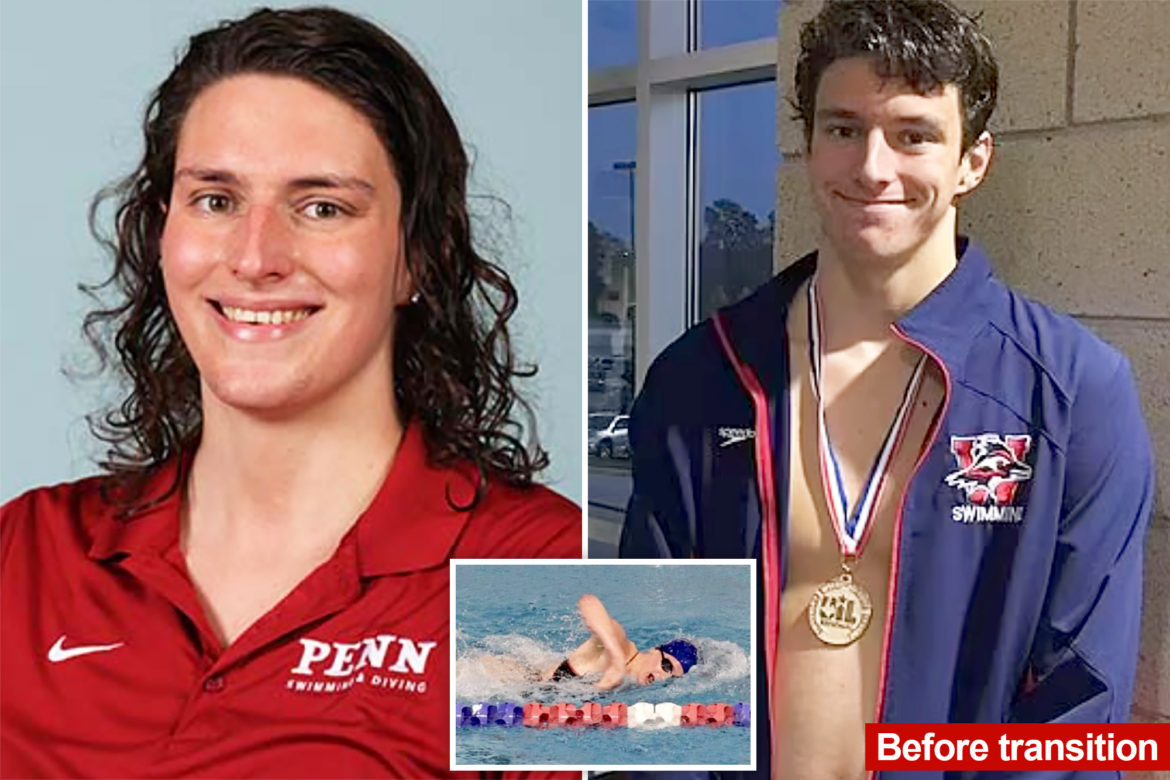 UPenn swimmer Lia Thomas who swam on the men's team for 3 years prior to her transition to a woman (Source: NY Post)

When a person applies for a job, he or she first tries to understand what the  job is to see whether there is a match between interests, skills and needs.  Crucial in many situations is the written job description.

Job descriptions are seldom perfect when it comes to requirements.  I have applied for jobs that were marginally matched (or not at all matched) to my education and work history.  My favorite was one that advertised a job for a mechanical engineer but then changed to electrical engineer without ever revising the description.  Why they bothered to interview me is a mystery to this day, but the entire interview lasted about 2 minutes.  Now on to the issue:

Recently, a member of the University of Pennsylvania womenâ€™s team set a bunch of national and world records during a competition.Â  The records being set werenâ€™t just by a few tenths of a second, but by tens of seconds and, in one case, nearly a minute.Â  The record setter turned out to be an individual who transgendered from the UPenn menâ€™s swimming team to the womenâ€™s swimming team. Â  At a recent swim meet, the swim records of the naturally born female members of the Pennsylvania womenâ€™s team were destroyed as were some national swim records.Â  Not surprisingly, many of the biological women on the Pennsylvania womenâ€™s swim team have expressed anger at what happened.Â  A couple of women swimmers went to the press anonymously to talk about the teamâ€™s frustrations and tears.

The plot, of couse, thickens as parents of these young biological women swimmers have now officially complained about the situation.Â  To quote from their letter to the NCAA:

â€œAt stake here is the integrity of womenâ€™s sports,â€ â€œThe precedent being set â€“ one in which women do not have a protected and equitable space to compete â€“ is a direct threat to female athletes in every sport. What are the boundaries? How is this in line with the NCAAâ€™s commitment to providing a fair environment for student-athletes?â€

Of course, the University of Pennsylvania also responded.  Here is their â€œextremely forceful and overwhelmingly something or otherâ€ response:

â€œPlease know that we fully support all our swimming student-athletes and want to help our community navigate Liaâ€™s (Thomas) success in the pool this winter. Penn Athletics is committed to being a welcoming and inclusive environment for all our student-athletes, coaches and staff and we hold true to that commitment today and in the future.â€

It is noteworthy that the Parentâ€™s letter also challenged the NCAA to be fair to Lia Thomas instead of sweeping the controversy under the rug.  Here is the part of the letter that does so:

There are some other significant quotes from parents that are not part of the Parentâ€™s letter.  Here they are in no particular order:

â€œThey (the naturally born women) feel so discouraged because no matter how much work they put in it, theyâ€™re going to lose,â€

â€œI think that transgender people have a right to compete, but they need to have their own league,â€ â€œBeing fair to one group of people shouldnâ€™t take rights away from another group, and thatâ€™s whatâ€™s happening here.â€

â€œThe NCAA obviously didnâ€™t think much about the rules they set,â€ â€œItâ€™s not fair to the women on the team and itâ€™s not fair to Lia as well. She went through transition, and I admire her bravery. But the records she sets now are not valued records, female records.â€

Here is where a good job description comes in.Â  Apparently, the NCAA, while fully supporting transgender athletes in all sports, has an overly broad definition of female – and includes almost anyone who can claim to be female or in transition to female.Â  So, while naturally born females fit the description, so do reconstructed or under reconstruction females who fit the testosterone suppression guidelines.

A quick review of the NCAA guidelines shows that the transgender issue isnâ€™t just limited to swimming.  Transitioned athletes have won womenâ€™s sports competitions in weight lifting, track and field, and some other individual sports.  It is only a matter of time before a team comprised of transgender women wins some team competitions.  (A bit of history here.  In 1975, Renee Richards, a menâ€™s tour tennis professional, transitioned to a woman at age of 41.  She is quoted as saying that had she transitioned in her 20s she would have won Wimbledon.)

Maybe the Penn swimmers should swim in the nude. Would certainly demonstrate the differences.

Glad to see you admit to hating women as part as your repertoire of hate.

This is a reply to Eric, the merchant of perversion.

An official with the NCAA just resigned because of this. She indicated she would have disqualified Lia from any race against biological women because sh is clearly still masculine.

Knock it off Eric. Do not call our writers names or attempt to doxx them.

Meritocracy is a myth. Which is why diversity must be implemented throughout culture. It allows a fundamentally male human to be the king of the pool by competing against females. Or a lesser endowed person to compete for promotion in the highly desired field of combat arms. It’s not about who is best for the job, but who is entitled to the job. A way of finding the best fit on a team that merits your ability. Meritocracy as defined in the progressive dictionary.

Wow, itâ€™s been a while since â€œDrâ€ Death made a transphobic post. I guess 1300 daily Covid deaths are good with himâ€¦ for nowâ€¦

Erica, Pronoun She It, are you all confused in your little libshit world over a boy in a girls swimsuit beating the living crap out of get this biological women? Your panties must be up your little kitty over this one in confusion… All those years promoting feminism culminating in Title Nine and here this boy beats the living crap out of women…. Does your wee little emotional brain understand this reality sweetie?
He wins races by margins that are beyond non competitive… 38 seconds in one meet. He is close to women’s world records swimming in college meets… He is a man in a dress hear him roar!!! Lots of laughs there Erica

Remember when someone put up signs in liberal Boston… Muslims are Right about Women? Here you have the same circumstance for little mushbrains like yourself/

And shit for brains… there’s been more deaths since Biden took office than Trump from Covid.. despite your useless vaccination…
Are you happy with Biden’s deaths?

Tippy!! Been a whileâ€¦ nice screed, btw. You do hate those trans kids, donâ€™t you, buddy!! Merry Christmas, Sport!!

What is hated is the mental problems of dysphoric people are celebrated rather than cured.

Individuals like the trolls who post here have an underlying hatred of America because they are failures in life. They actually prefer the comfort of chains to the discomfort of freedom – the miserable love the equal sharing of the misery they create. Eventually, the will live in the chains of someone elseâ€™ making – and then they will experience levels of misery even they canâ€™t imagine.