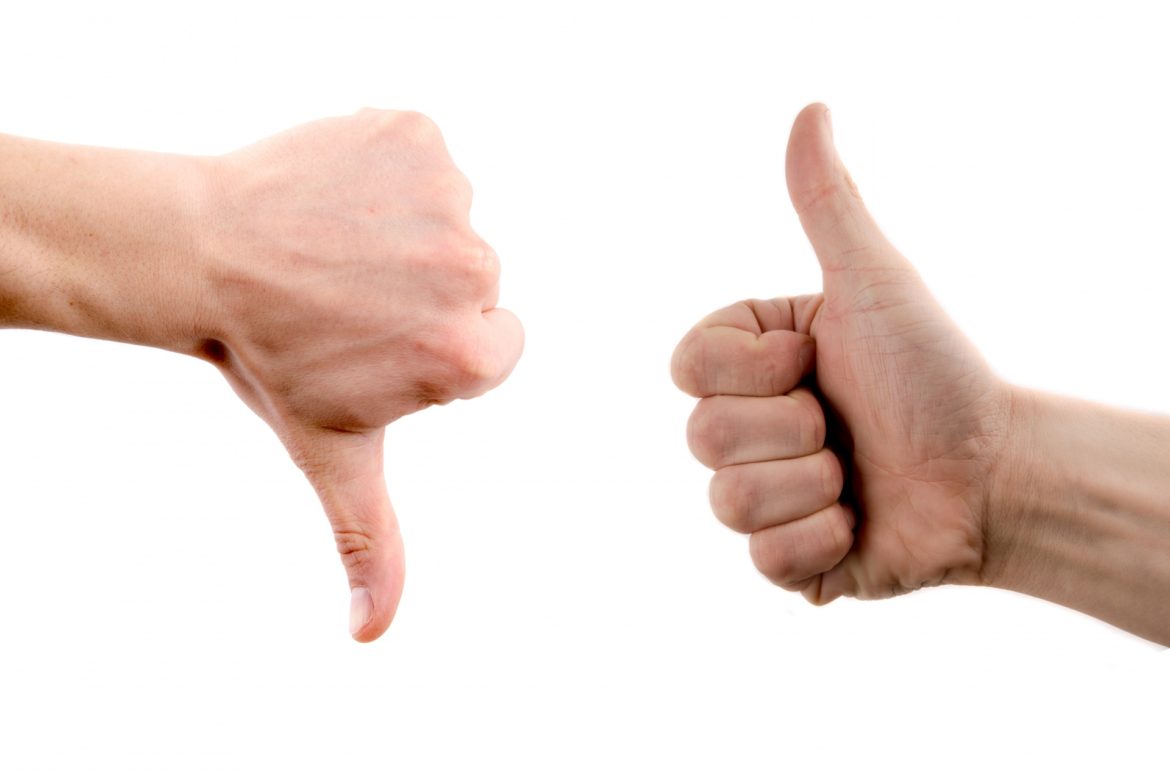 Negative endorsements and agreeing to disagree

Although this might be a controversial statement to some activists, I firmly believe that not all endorsements are beneficial to a political campaign.

For example, in this cycle in Virginia races, former Representative Ron Paul has endorsed Cynthia Dunbar for the 6th district in the House of Representatives and Nick Freitas for U.S. Senate.  I see these as positive endorsements given that not only is Dr. Paul my former boss,  I respect Ron Paul due to our shared principles and I believe he is an honorable man.  Over the years have I supported everyone he endorses?  No.  Nevertheless, I believe Paul’s endorsement is particularly positive.

For comparison, the present representative for the 6th district of Virginia, Bob Goodlatte, also has made endorsements (though none in this cycle as far as I know).  Given that we do not share much in the way of ideology when Representative Goodlatte endorses a candidate that fact makes it less likely, but certainly not an automatic disqualifier, that I will also support him or her.  His endorsement, in my mind, is negative.

Recently, the campaign of 6th district candidate Ben Cline announced that Jerry Falwell, Jr. has endorsed Cline.  As someone who both likes and respects Delegate Cline, I ended up speaking with a member of the Cline campaign regarding it.  Given Falwell’s unwavering support for Donald Trump despite the overwhelming evidence of Trump’s sexism, authoritarianism, and his flippant attitude toward religion, I believe that Mr. Falwell is leading otherwise good Christian men and women astray.  I wrote about the matter in late 2016 when I penned “The Fall of the Religious Right“.  Therefore, the staffer and I had a brief exchange about Mr. Falwell, respectfully disagreed about the value of his endorsement to the Cline campaign, and that was the end of the matter. 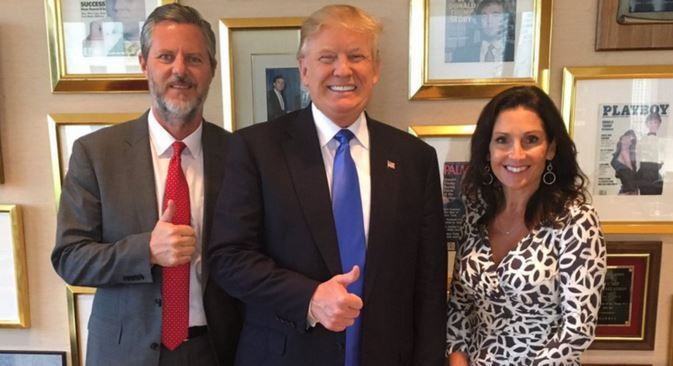 That dialogue, in my opinion, is how political disagreements ought to be discussed and resolved.  Obviously, no two people do nor ought to agree on every political matter.  That doesn’t mean that one side or the other is necessarily stupid or evil.  However, there are those who disagree.

Last week, the Nick Freitas campaign announced that former Virginia Governor Bob McDonnell has endorsed his candidacy.  As regular readers know, I have a great admiration for Mr. Freitas.  However, I don’t think much of Bob McDonnell.  Although I voted for him for attorney general in 2005 and governor in 2009, he demonstrated that he neither shared my political principles, by signing the largest tax increase in Virginia nor supported my values through his unethical conduct in the governor’s mansion, later revealed during his corruption trial and his conviction.   Although his sentence was later vacated (though he was not acquitted),  as Chief Justice Roberts wrote,“There is no doubt that this case is distasteful; it may be worse than that.  But our concern is not with tawdry tales of Ferraris, Rolexes, and ball gowns.  It is instead with the broader legal implications of the Government’s boundless interpretation of the federal bribery statute.” As a result of his actions, whenever I hear of McDonnell, I am reminded of the image below. 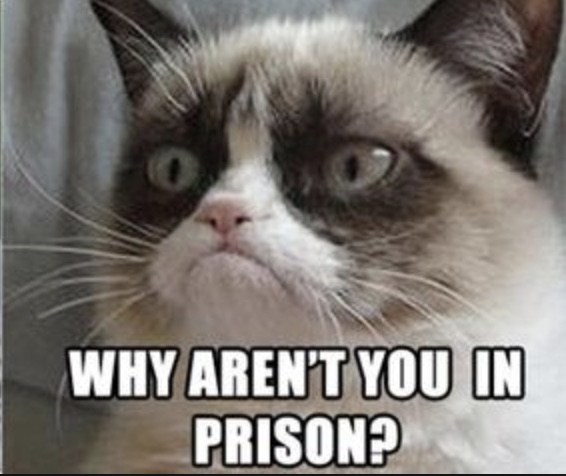 Therefore, when the Freitas campaign announced Bob McDonnell’s endorsement to a private group of which I am a part, I expressed my concern stating, “I’m not sure this is a positive.”  Although the first response was to offer a counterclaim, to which I explained why many Virginians might view McDonnell unfavorably (for the reasons listed above), the resulting conversation got rather nasty.

For example, here are some things that were said to me and about me:

“There are also some people who think Bigfoot is real.”

“No, some opinions are quite literally BS.”

“The entire Supreme Court of the United States agree on very little, but they agree those people are morons.”

“‘I disagree with a few bills he signed into law.  Therefore, we should pervert the law and arrest him.’  How very libertarian…”

“There are some people who think the moon landings were faked.”

“‘I only want endorsements from pure libertarians.’ is my favorite political posturing.”

One of Freitas’ staffers called for restraint after initially making a negative comment, but it went unheeded; it seemed that the rest sensed blood in the water.  So, apparently, because I believe that Bob McDonnell that is sleazy and not someone I would want to associate with, according to some staffers and diehard supporters of Freitas that is a BS opinion of a moron akin to believing that Bigfoot is real, the moon landings were faked, and is also an example of political posturing.  Given that the last comment was made by an out of state staffer who I’ve never met, there was a part of me who really wanted to tell the guy to go **** himself.  Those who know me know that that this something that I’ve never said, but he made me so irate I didn’t know at that moment what else to do.  Afterward, the same staffer mentioned above contacted me to apologize for what had transpired but, by that point, the damage had already been done.

Good heavens!  After reading these comments you’d think that I was a bitter critic of Nick Freitas, not one of his ardent supporters!  And yet, despite having a different opinion of Bob McDonnell, so many of them treated me with utter contempt and disrespect.  If this kind of behavior is indicative of how they interact with their volunteers who have differing opinions, they won’t have to worry about running against Tim Kaine in November because they will have already lost the Republican primary in June, having driven away all of their supporters!

Yes, there are good people who think that Bob McDonnell is pretty scummy but there are also decent people who still support him.  I think the Freitas campaign touting his endorsement is a mistake, but I’d like to believe such an opinion, especially expressed in a closed Facebook group wouldn’t result in such nastiness.

As you might imagine, this exchange upset me quite a bit, for about the next 24 hours actually.  On Wednesday afternoon, while still feeling dejected, I spoke to one of my fellow grad students about what transpired, and he said it demonstrated the dangers of groupthink.  As someone who prided himself on cultivating and maintaining mutually rewarding volunteer relationships whenever I served on a campaign, to call the behavior I witnessed appalling is an understatement.  Although I still plan to vote for Freitas in June and encourage every other registered voter in Virginia to do likewise, I am sorely tempted to throw up my hands and refuse to lift a finger to help the campaign further.

As stated at the beginning of this piece, I firmly believe that there are endorsements that can help a campaign and others that hurt it.  Although we might disagree on who falls in which camp, I’d like to think we can be respectful when we have political disagreements and not result to throwing around insults and attacks.  Hopefully, the political climate hasn’t deteriorated so much that this sort of thinking isn’t realistic.  Let me end by borrowing part of a speech Delegate Freitas recently gave on the House floor that seems to have gone viral.  “If we want to have an open an honest debate, I am all for that.  Let’s do that.  But it does start with a certain degree of mutual respect.”