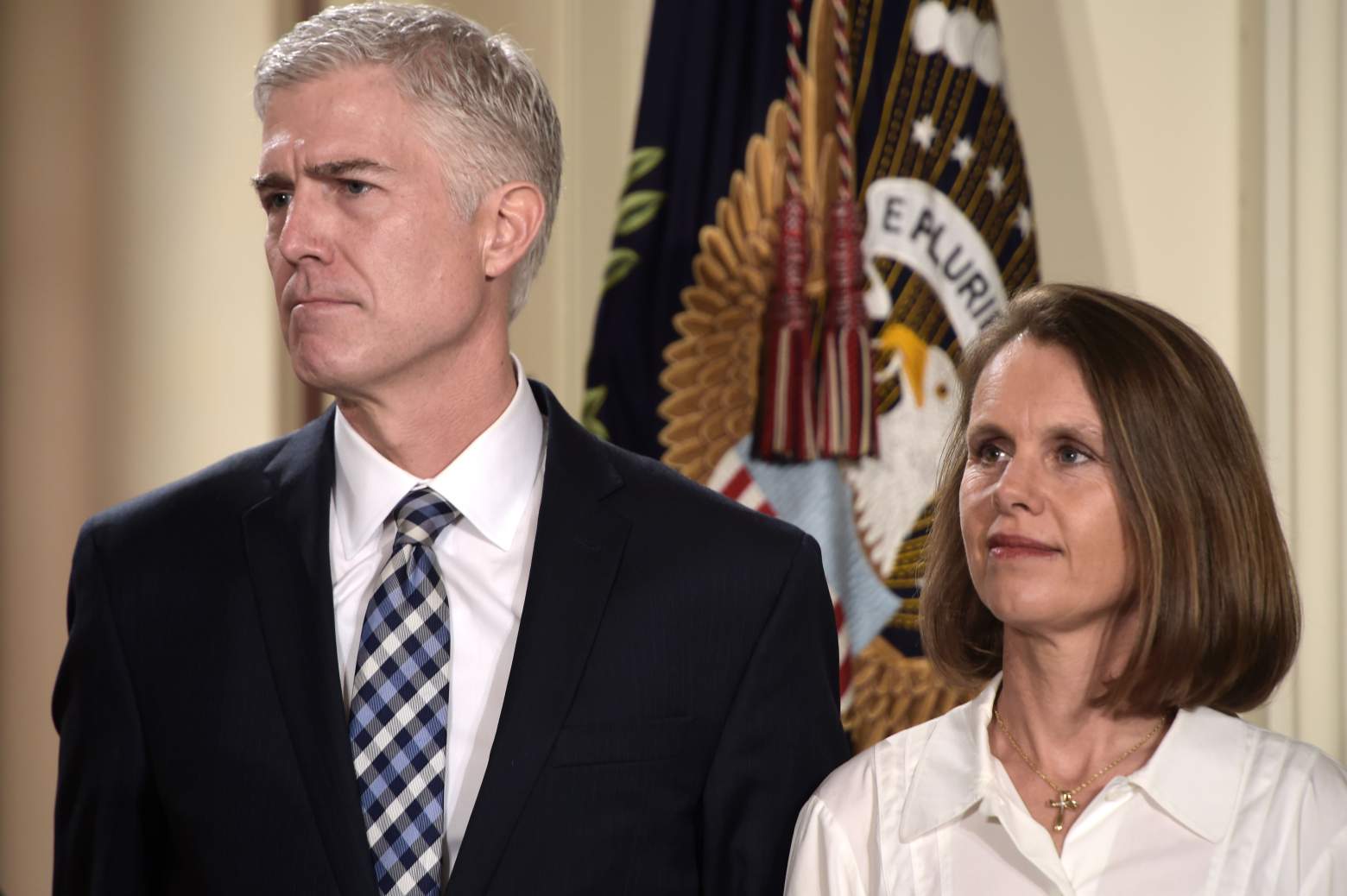 Supreme Court nominee Neil Gorsuch met his wife Marie Louise (who goes by Louise) when he they were both students at Oxford.  She is British. They live in Colorado with their two daughters, Emma born in 1999, and Belinda born in 2001.  Both girls have been acolytes at St. John’s Episcopal church.

Neil grew up in Colorado and enjoys outdoor activities especially fly fishing and skiing. Neil’s mother,  Anne Gorsuch Burford, was a lawyer and the first woman to head EPA, appointed by Reagan.  She set out to ‘dismantle’ the EPA. Neil’s father and grandfather were also lawyers.

Louise and Neil live outside of Boulder where they raise horses, chickens, and goats. Louise has always been very supportive of her husband. She and her two daughters were front and center during her husband’s confirmation hearings for the 10th Circuit court of appeals.

Neil has a large extended family as well as a sister and brother. More on Neil’s family here.

While the Gorsuch like living in Colorado, they will soon be moving to Washington DC.  Senate majority leader Mitch McConnell has said Trump’s nominee will be confirmed. Of course Senate minority leader Democrat Chuck Schumer has said he has “serious doubts” about Gorsuch and predictably, Minority leader in the House, Nancy Pelosi, has said Gorsuch is “outside the mainstream” and he has “hostile views”.

Neil Gorsuch will bring diversity to the court as the only Protestant. The other Justices are Catholic and Jewish.

More on the Gorsuch family here.

No offense intended to anyone, but I believe “Catholic Lite” is the correct term Jeanine. At least it is a start.

Based on an off-hand comment an NBC retiree I know, I looked up Ann Gorsuch. She’s treated a lot less kindly by Wikileaks over her EPA tenure.

Outstanding pick. This was the most important issue for me this past election (my apologies if I sounded like a broken record on here talking about SCOTUS from June to November). President Trump definitely delivered on his campaign promise with this excellent nomination.